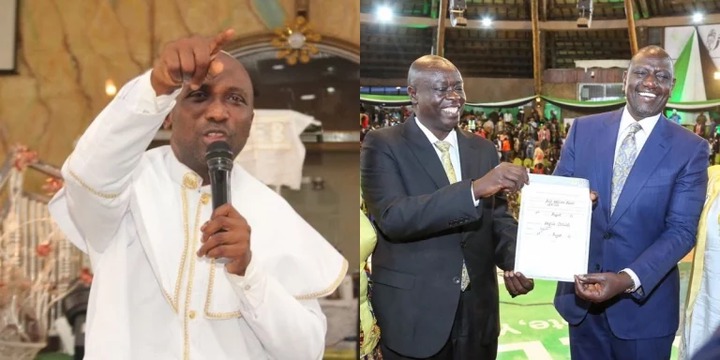 Primate Ayodele, a well-known Nigerian preacher and self-proclaimed prophet, has explained how he came to the conclusion that William Ruto would defeat Raila. 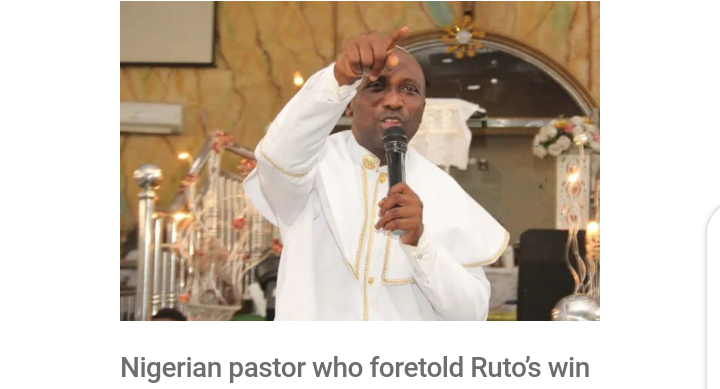 The religious leader, who had previously been under fire for delivering false predictions, continued by saying that he had received instructions from God for Ruto to follow.

“It was a difficult prophecy to make but because Primate Ayodele is a true man of God who doesn’t speak except God says a thing, He spoke ahead of time and acquired spiritual directions for William Ruto to secure his victory in the election,” Oluwatossin Issac said in a statement seen by Kenyans on Monday, August 15.

It was a challenging forecast,” Oluwatossin continued. “because the president-elect was not supported by many factors,” he said.

“Some of these factors made it impossible for the election to be predictable and as a matter of fact, everyone that had the guts to predict the outcome projected Raila Odinga, considering all he had on his side,” Oluwatossin said.

The pastor, who had previously been confronted with several of his prophecies that had never happened, continued by saying that the divine vision had revealed to him that Raila would be easily defeated without the help of any authorities or any run-off.

He further urged Ruto to be careful with his votes and that he would be announced the winner after the first round of polling.

“Without rigging, William Ruto will become Kenya’s next president and will make the country better for the people. Of paramount is that he should employ a new strategy and work more on Mount Kenya, the youth and women.”

“Ruto must follow up with the election closely because I see plans to rig the election. He must ensure he wins in the first round and, avoid court cases hanging around his victory.”

“The DP should follow these instructions and must be very radical on the day of the election because if he is not careful, he will be robbed of his win,” the pastor said.