By Festooshiners (self media writer) | 1 year ago 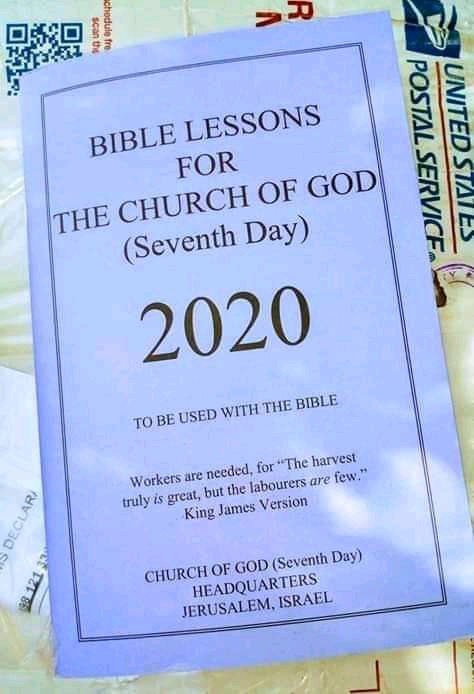 Memory Verse:Matthew 5:34 But I say unto you, Swear not at all; neither by heaven; for it is God's throne:

Proverbs 18:19 A brother offended is harder to be won than a strong city: and their contentions are like the bars of a castle.

Introduction:The tension, anger, and fighting between the Jews and their neighbors can be traced back to their twin fathers. The differences between them is based on a sworn agreement. If both peoples recognized that sworn agreement, there would not be wars between them. However, prophecy must be fulfilled.

1.Esau and Jacob (the Arabs and the Jews) have been contending with each other for centuries. When did the conflict between these two brothers start? Genesis 25 :21, 22

Genesis 25:21 And Isaac intreated the LORD for his wife, because she was barren: and the LORD was intreated of him, and Rebekah his wife conceived.Genesis 25:22 And the children struggled together within her; and she said, If it be so, why am I thus? And she went to enquire of the LORD.

2.What was the destiny of their descendants? Genesis 25:23

Genesis 25:23 And the LORD said unto her, Two nations are in thy womb, and two manner of people shall be separated from thy bowels; and the one people shall be stronger than the other people; and the elder shall serve the younger.

3.How were these two nations to be separate from each other? Genesis 25:23

Genesis 25:23 And the LORD said unto her, Two nations are in thy womb, and two manner of people shall be separated from thy bowels; and the one people shall be stronger than the other people; and the elder shall serve the younger.

4.Were these two ordinary siblings? Genesis 25 :24

Genesis 25:24 And when her days to be delivered were fulfilled, behold, there were twins in her womb.

Genesis 25:25 And the first came out red, all over like an hairy garment; and they called his name Esau.

Genesis 25:26 And after that came his brother out, and his hand took hold on Esau's heel; and his name was called Jacob: and Isaac was threescore years old when she bare them.

Genesis 25:27 And the boys grew: and Esau was a cunning hunter, a man of the field; and Jacob was a plain man, dwelling in tents.

7.How different was their relationship with their parents? Genesis 25 :28

Genesis 25:28 And Isaac loved Esau, because he did eat of his venison: but Rebekah loved Jacob.

Genesis 25:29 And Jacob sod pottage: and Esau came from the field, and he was faint:

Genesis 25:30 And Esau said to Jacob, Feed me, I pray thee, with that same red pottage; for I am faint: therefore was his name called Edom.

9.If someone has it, someone else wants to take it from him. How did Jacob the younger son take advantage of his brother? Genesis 25 :31

Genesis 25:31 And Jacob said, Sell me this day thy birthright.

10.What was Esau's extreme condition at the time when Jacob refused to give him food for free? What decision did Esau make? Genesis 25 :32

Genesis 25:32 And Esau said, Behold, I am at the point to die: and what profit shall this birthright do to me?

11.What sworn agreement did the two brothers come to? Genesis 25 :33

Genesis 25:33 And Jacob said, Swear to me this day; and he sware unto him: and he sold his birthright unto Jacob.

Genesis 25:32 And Esau said, Behold, I am at the point to die: and what profit shall this birthright do to me?Genesis 25:33 And Jacob said, Swear to me this day; and he sware unto him: and he sold his birthright unto Jacob.

Genesis 25:34 Then Jacob gave Esau bread and pottage of lentiles; and he did eat and drink, and rose up, and went his way: thus Esau despised his birthright.

Conclusion:Esau sold his birthright to his brother Jacob. Yes, Jacob took advantage of Esau. Yes, Jacob violated the principles found in Proverbs 3:29, 30. And Esau made an unfortunate decision that God intends to enforce.

Content created and supplied by: Festooshiners (via Opera News )