By Marvin (self media writer) | 1 month ago 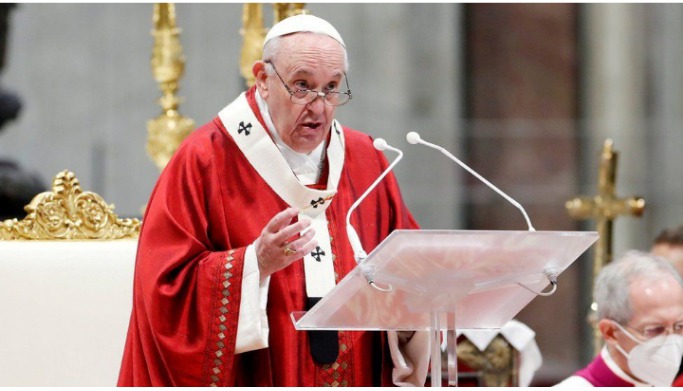 The Vatican deal with China, communist government on the appointment of Catholic Bishops, saying an uneasy dialogue is better than no dialogue at all.

In an interview with Spanish radio network COPE broadcast on Wednesday, Francis compared the Vatican dialogue with China to those with East European countries during the cold War, which eventually resulted in many freedom for the Church there.

China is not easy, but I am convinced that we should not give up dialogue,he said in some of his most compressive comment to date on the issue.

Last September, the Vatican renewed a 2018accord with Beijing that gives the Pope final say Over the appointment of Chinese Bishops.The deal established a formal dialogue with Beijing after decade during which Chinese Catholic faithful to the Pope were driven underground.

Catholic, including the Administration of former US president Donald Trump, tried to convince the Vatican to abandon the pact, saying it compromised the Pope moral authority.

Comment by former US Secretary of State Mike Prompeo last September, which the Vatican saw as meddling in its sovereign affairs, sparked a minor diplomatic crisis.

You can be deceived in dialogue, you can make mistakes, all that but it is the way. Closed- mindedness is never the way, the Pope said of the China deal, which has been particularly opposed by conservative Catholic groups.

What has been achieved so far in China was at least dialogue... some concrete things like the appointment of new bishops, slowly... but these are also step that can be questionable,he said.

Francis likened relations with Beijing to the "small steps" policy carried out by Cardinals Agostino Casaroli, a renowned Vatican diplomat, with Soviet BIoc countries in Eastern Europe, staring in the 1960s.

Casaroli, who served under three pope, reached agreement with communist countries that gave the Church some breathing space, showing the seeds for full relations after the fall of the Berlin Wall in 1989.Those deal were also criticised.

Content created and supplied by: Marvin (via Opera News )