A man by the name David From western Kenya has narrated how he is a proud husband to his 15wives and a father to 107kids who he love them equally as their Father. 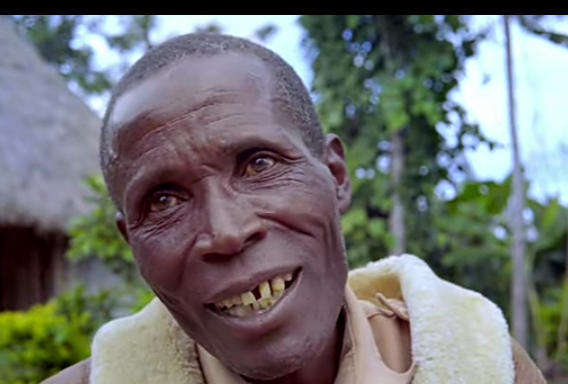 According to David is that he didn't get a chance to go to school and so he was helping his parents at home as he grew up,at the age of 20years he married his first wife and they were blessed with two kids.

After he told his first wife he wanted a second wife his wife didn't have any problem with that and he went ahead and married another one,he says that everytime he would ask his wives if he could marry another one they would allow him to marry.

He says that he is now a husband to 15wives and are blessed with 107 kids whom he is able to provide to them with everyday meals and they attend schools,David says that although he can't marry as many wives as that of the Solomon in the bible he knows he is a genius man just like Solomon.

He says that his wives lives in peace and love each other and he is happy to have all of them,he has urged men who are practicing polygamy to love their wives equally.

Remember 2 who Tracked From Sugoi-Nairobi During Ruto's Inauguration, Here is their Current Status