DCI Officers together with Nairobi Sub County Police Commander had a rough time yesterday while trying to calm down a fight between two rival groups who were fighting for the leadership of the Lavington Methodist Church, while claiming the previous Clergy had overstayed in the position.

According to reports from DCI, the two combatants were heard exchanging bad statements against each other hence attracting the attention of the Neighborhood in the Kileleshwa suburbs, who turned their attention and intervention tactics in a bid to contain the situation. 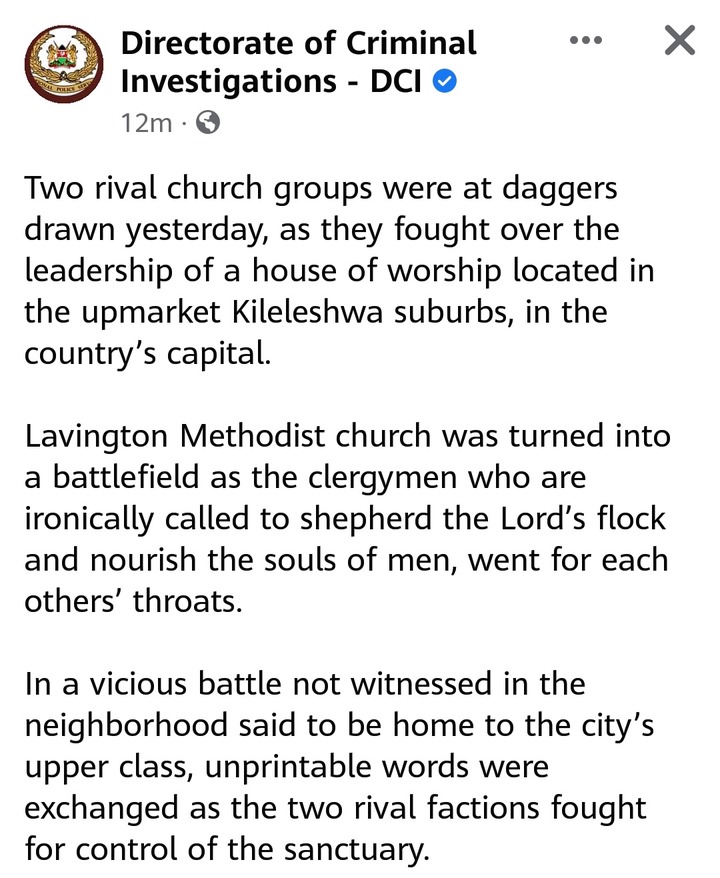 One side of the Group consisted of 60 Congregants and was Purportedly led by Bishop Joseph Kanyamu who was the incoming Church clergy, forced their grant entry into the Church by breaking the glass Doors and straight to the Church's Official Offices, where they intended to expel the 'overstayed' Man of God Joseph Ntombura.

The relentless efforts by the Church guard to ensure He restored peace among the Faithfuls didn't bore fruits as the situation got worse. This prompted Him to call the Police from the nearby Kileleshwa Police Station who moved with speed to the ground, to salvage the situation. 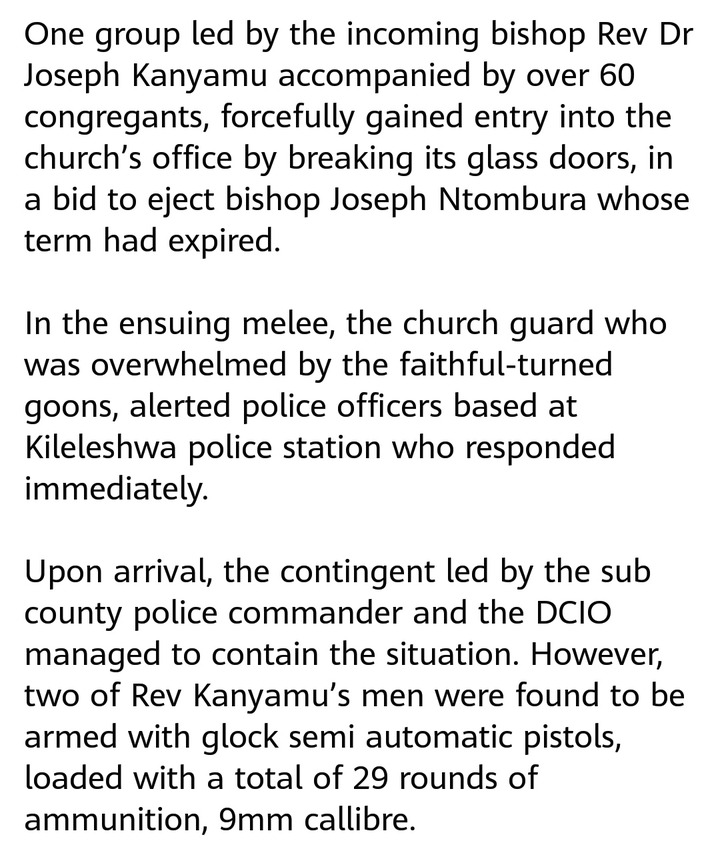 The Officers who had the urge to execute their Mandate held the goons together and frisked them and in the process, two of the Men who had accompanied Reverend Kanyamu were found with very dangerous weapons including Pistols that were fully loaded with 29 rounds of ammunition with 9mm callibre.

The two suspects identified as Kisito Matete and Peter Murasi aged 43 and 36 respectively were later apprehended and held at Kilimani Police Station for more questioning. The Church has also been guarded by Police in a 24 hour clock basis untill the whole matter is finally resolved. 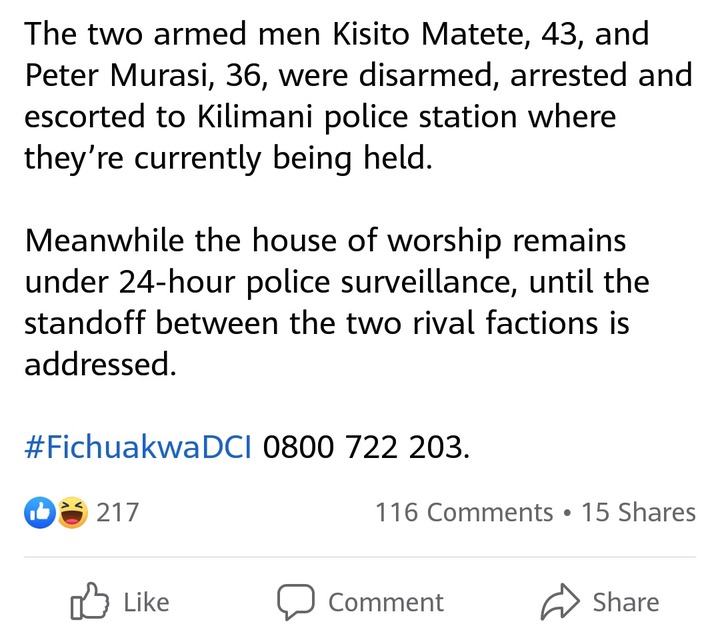 The happening comes at a time when many clergymen have been having battles with their fellow Men of God, hence resulting to the wrangles that have promoted undisciplined cases in Churches.

Kenyans took to social media to condemn the occurrence, which was shameful while claiming that the Church should be put under leadership of people who care for the House and the Congregants soul nourishment rather than greed and thirst of power in church that results in such.