Are These The 10 Richest Pastors In Kenya?

By KevinGatesKenya (self meida writer) | 23 days

Are These The 10 Richest Pastors In Kenya?

The family home in Karen, the Jubilee Christian Church in Parklands and the flashy lifestyle…need I say more?

Photos Bishop Allan and Rev Kathy Kiuna’s home made rounds on social media as rumours abound that they were even planning on installing a hanging swimming pool.

In a past interview, Rev Kathy Kiuna was quoted as saying that many in their congregation live well which obviously translated in a prosperous church and their wealthy lifestyle.

Well, you only have to look at her billion shillings sanctuary in Karen opened by President Uhuru Kenyatta and Reverend Reinhard Bonnke.

The grand opening of the Faith Evangelistic Ministries Family Church was graced by dignitaries and celebrities, as well as led by special guest singer Pastor Solly Mahlangu who is famed for the Wahamba Nathi hit song.

Did I forget to mention she mentored the Kiunas? Yes, I did. And she did. Money talks.

The Jesus Is Alive Ministries and former Starehe Member of Parliament makes the list. With plans to construct twin towers along Haile Selassie Avenue in Nairobi, she can’t miss out on the list. It is said that the construction of the building is estimated to have a budget around the billion mark.

Having made inroads into government, it can only mean she has a lot more money than we can imagine.

This ninja who was at the center of the Goldenberg (over KSh 60 billion) and Laico Regency scandals turned to the Lord and founded a church as well. Despite being Hindu, he converted to Christianity and was baptized Brother Paul Pattni. He owns a chain of airport duty-free shops and has investments in Mombasa, Nairobi and even in the Maasai Mara National Park.

His wealth knows no bounds as it was reported in 2014 that he allegedly transferred the International Casino on Nairobi’s Museum Hill in a deal worth KSh 1.2 billion. 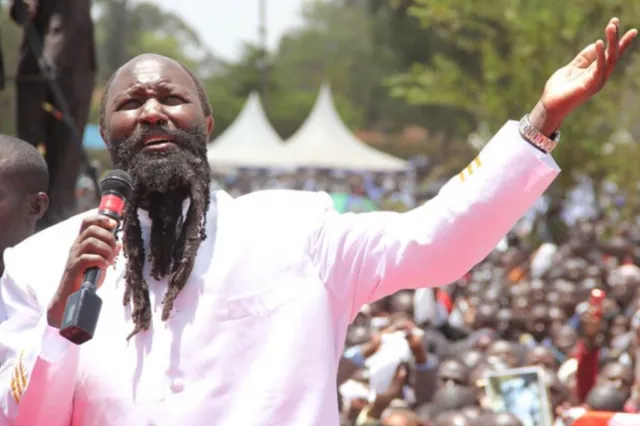 Shall we start with the KSh 25 million Mercedes s500 he owns after receiving it from members of his Ministry of Repentance and Holiness church? Or the convoy of vehicles that accompany him everywhere he goes?

Speculation time…could he be funded by his foreign partners who accompany him on his globe-trotting tours? A foundation by the name John Templeton is said to fund him

Another Big Test For Raila In Mt. Kenya After The Latest Revelation About DP William Ruto's Strategy

Another Kenya's Famous Sugar Company on The Brink of Closure For Having a Debt of Ksh 49.7Billion