By VkCENTER (self media writer) | 4 months ago 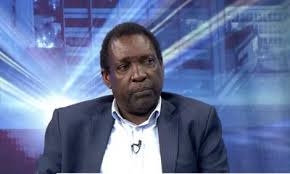 Political commentator who doubles as a senior lecturer at the university of Nairobi Herman Manyora has today in the morning given his opinion who he thinks will win the upcoming general elections for the position of the president, Manyora has revealed that the one who will win this election will be a candidate who will be able to manage their coalitions well, he has warned Raila that though he may have the chances to win the elections circumstances may change by trying to antagonize smaller parties in Azimio after bringing Kalonzo Musyoka of Wiper party on board.

Manyora maintains that whoever between Raila and Ruto who will keep their teams peaceful are likely to win but he has revealed that they might be impeached because the country is ripe for an impeachment, he has said that the current scenario where there are many parties within the coalitions of the two top presidential runners places them at risk of impeachment because for the first time they will not be able to control parliament.

According to the political analyst he says that there are likely to be more independent candidates in parliament and they are difficult to control hence they might gang up with the other small parties and kick out the president.