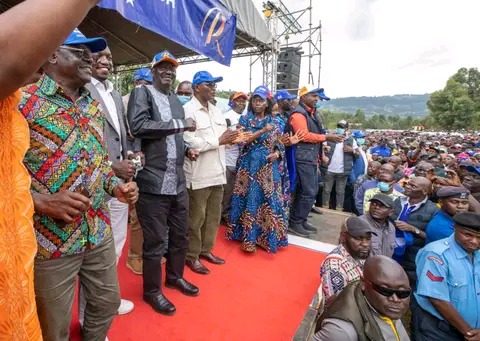 Afterwards, the politicians held a rally at Etago stadium where leaders drummed support for the Azimio leader, Raila Odinga.

Local politics played out in a big way where some candidates ended up getting heckled by the crowd. Some of those who found themselves on the receiving end is the former senator Chris Obure and the current senator Sam Ongeri.

When each of the two politicians was invited to speak, they were heckled by the crowd which was chanting Simba Arati slogans. Simba Arati is the ODM gubernatorial candidate in Kisii.

Prof Sam Ongeri lost his cool at some point and quashed the chanting youth. He said that they had been paid to do so.

The MC of the event and the Suna East member of parliament, Junet Mohamed, was forced to intervene after things turned from soar to bitter. He pleaded with the crowd to let everyone speak but his efforts were futile.

"I know you have already decided who you will vote for as the next governor. However, I am asking you to kindly give every person a chance to speak. You know where to cast your votes," alluded Junet.

The two politicians are close allies of Raila Odinga and they are both vying for Kisii governor on Azimio affiliated political parties. Chris Obure is vying on a Jubilee party ticket while Sam Ongeri is vying on a DAP-K party ticket. 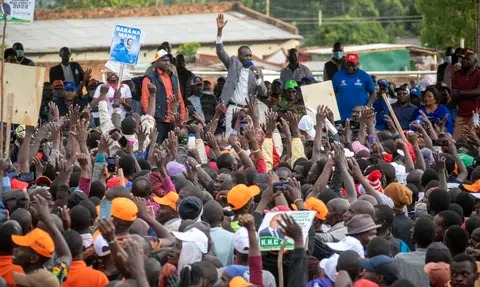