By Dnesh (self media writer) | 2 months ago

President Uhuru Kenyatta admitted that his biggest regret in office was the Building Bridges Initiative (BBI), which predominated the first three years of his second term.In a speech on Sunday, August 7, Uhuru asserted that the BBI would have made sure that resources were distributed fairly by enshrining the principle of "one man, one shilling" in the constitution. 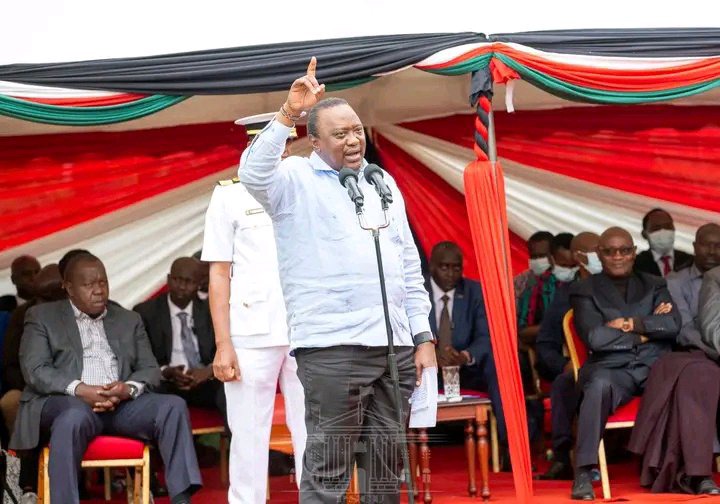 He added that the proposed constitutional amendment, which the Supreme Court ruled was unlawful, null, and void, would have mostly benefited the residents of Mount Kenya."My biggest regret has to be the BBI. It makes me sad that by the time I retire, the one man, one penny principle won't have been achieved "Unlike the Head of State, 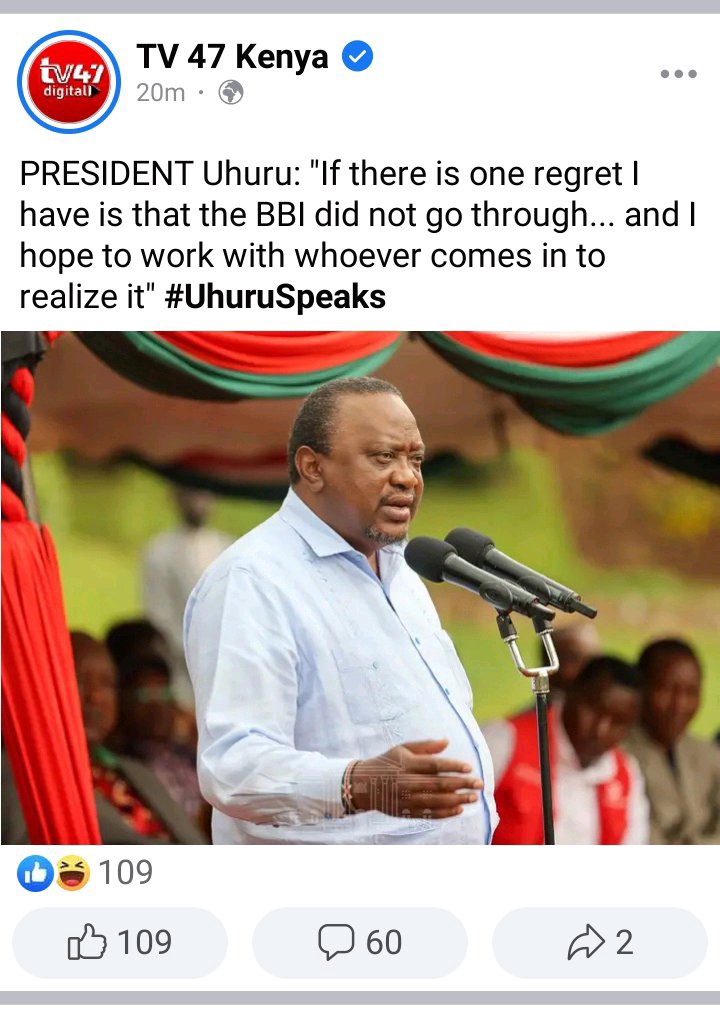 He met with former Premier Raila Dinga and Deputy President William Ruto in a bid to mediate peace in the nation, but he also voiced sadness that it was not as united as he had hoped.

"I regret that the nation's unity has not yet been fully realized despite my attempts to promote peace during the 2013 and 2018 elections. Despite the criticism, I hope to work with the new administration to develop and bring everyone together "He did so.

'' Appoint Another Peace Envoy In Ethiopia, Uhuru Will Let You Down'' Charargei Advises Ruto