Latest Verified Presidential Results As At 8:00Am From 244 Constituencies Show Who Is Leading

The Independent Electoral and Boundaries Commission, or IEBC, has been working through the night to make sure that the president-elect is announced within the legally required seven days following election day. 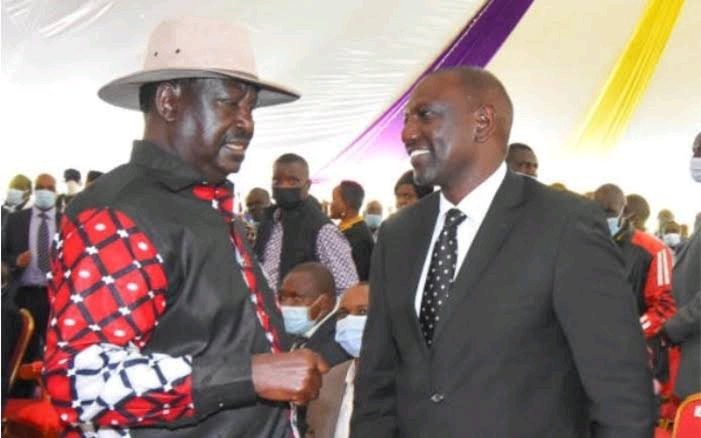 Deputy President William Ruto of the United Democratic Alliance is in the lead with 6,135,177 votes, or 50.90% of the 12,054,473 votes that have been cast and verified as of Monday, August 15, at 7:42am, according to the most recent presidential results verified by the commission and shared by the Nation Africa.

Raila Odinga, the major challenger to Ruto in the Azimio La Umoja One Kenya Alliance, emerged in second place with 48.43% of the vote, or 5,837,829 votes.

Even though the other presidential candidates, George Wajaackoyah of the Roots Party and David Waihiga of the Agano Party, were able to garner a portion of the votes cast, the campaign has been seen as being between Raila and Ruto. 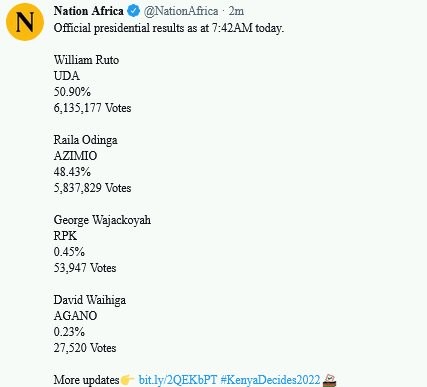 After consulting with his staff at the national tallying center, the Bomas of Kenya, Mr. Mwaure later accepted defeat, stating that they had discovered that the odds were in Dr. Ruto's favor..

To be sure that the president-elect is announced within seven days after the election day, the IEBC chair, Mr. Wafula Chebukati, has been outspoken in reminding all political parties and Kenyans in general that the constitution is within the constitution's time limits.

Opinion: Changes Mikel Might Make Ahead of the North London Derby

"Happy Birthday My Bubbling Goin, "Steve Letoo Says As He Surprises Her With Bunch of Flowers, Cake