By Lathan.maker (self media writer) | 3 months ago 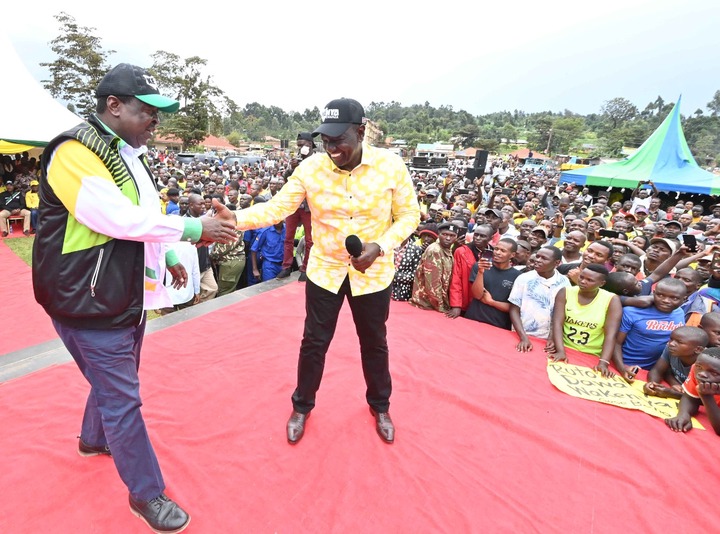 The Amani National Congress (ANC) has stated that it will run candidates in as many regions as possible across the country.

The party is part of the Kenya Kwanza alliance, which has been observed engaging in negotiations about who will represent it in various districts.

However, the ANC has stated that it will not provide seats to any other party and will even run candidates against the UDA, which is led by Deputy President William Ruto.

It has stated that it will not accept the six-point proposal put up by some UDA officials, and that it will engage the party in areas where it thinks necessary.According to The Star, ANC Secretary-General Simon Gikuru said on Thursday, "The six-piece appeals by UDA officials should be criticized because they are hurting the spirit of working together."

This is a surprising move, given the coalition had previously appeared to be well-organized in its selection of candidates.In the Murang'a senatorial contest, when it was thought that the whole Kenya Kwanza team would unify around area Senator Irungu Kang'ata, the ANC has gone so far as to support a rival candidate. 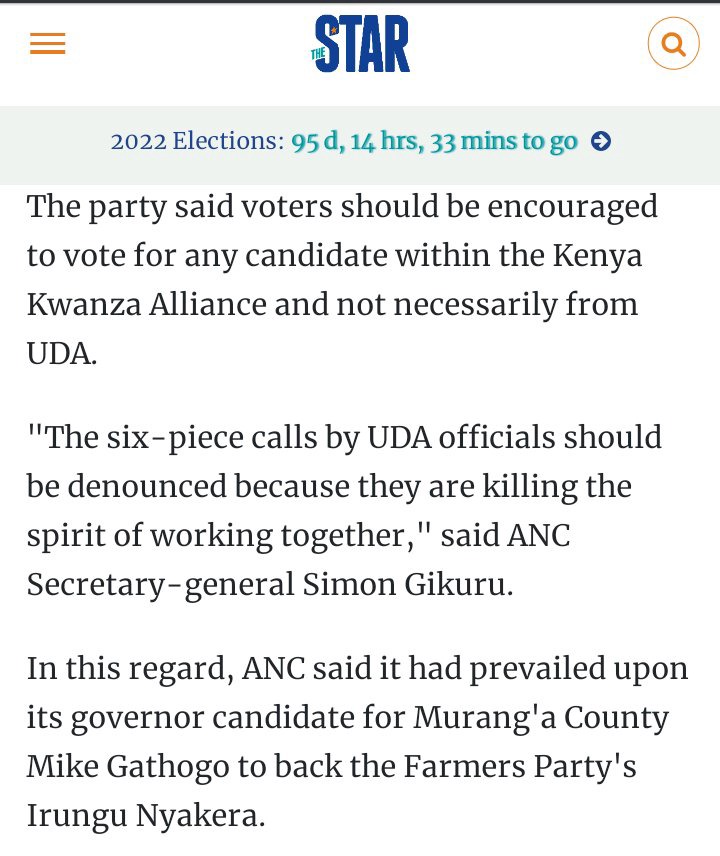 Farmer's Party leader Irungu Nyakera has been selected as the ANC's preferred candidate, and ANC candidate Mike Gathogo has been encouraged to support him.