Kenyans have elicited mixed reactions after the deputy president William Ruto was spotted together with President Uhuru Kenyatta at a Night Dance after the State of the Nation Address on Tuesday evening.

The entertainment was held at the Parliamentary building where President Kenyatta, his Deputy William Ruto the Speaker of the National Assembly Justin Muturi among other leaders were being entertained by the Bunge Choir.

Kenyans however expressed different opinions some quick to observe the absence of the Orange Democratic Party Leader Raila Odinga and the Principles of the one Kenya Alliance in the entertainment. Some cited that President are still together with his Deputy, William Ruto despite their differences in ideologies.

Others however cited that despite the President and his Deputy being seen together in the event, the body Language between the two speaks alot, noting that this could be meant for public relations. 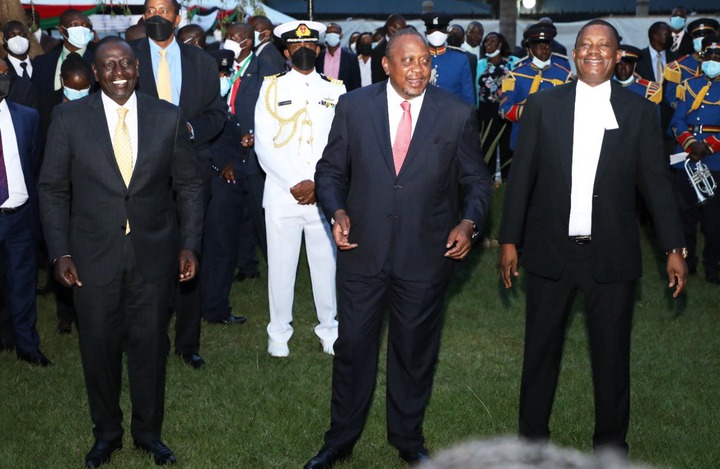 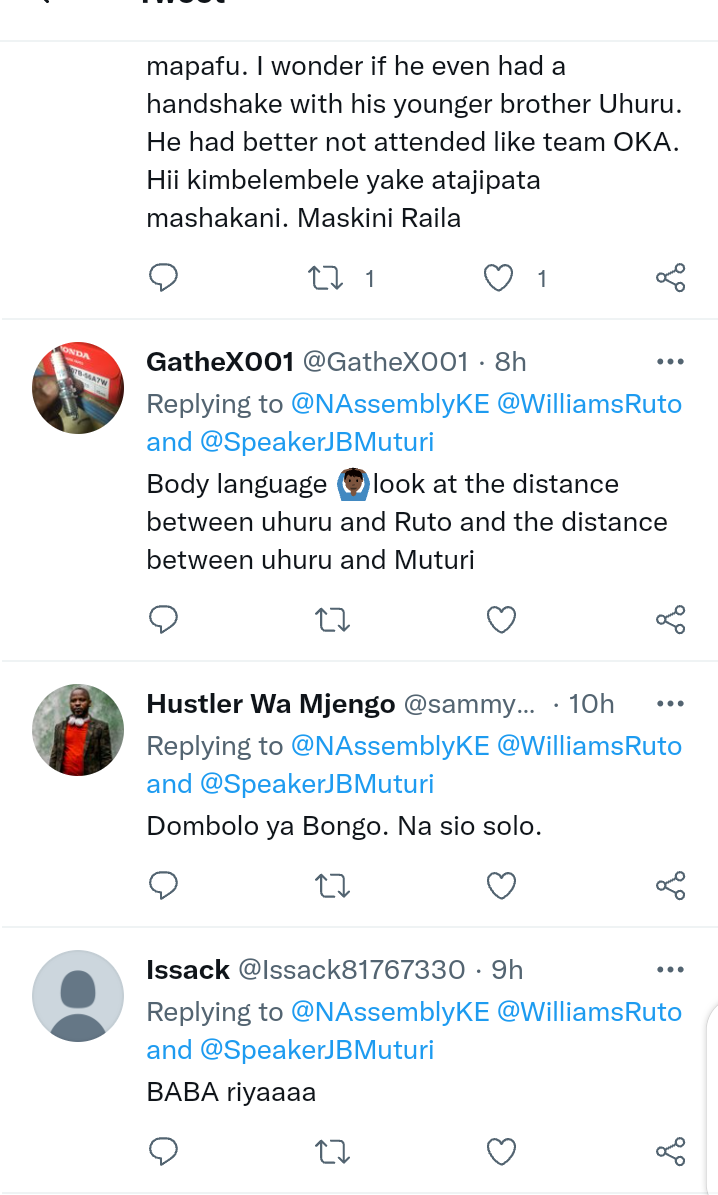