Many leaders and comedians paying their tributes

By jacobmokoit (self meida writer) | 1 months

Are you aware that the late President John Magufuli was the most educated President in Africa? 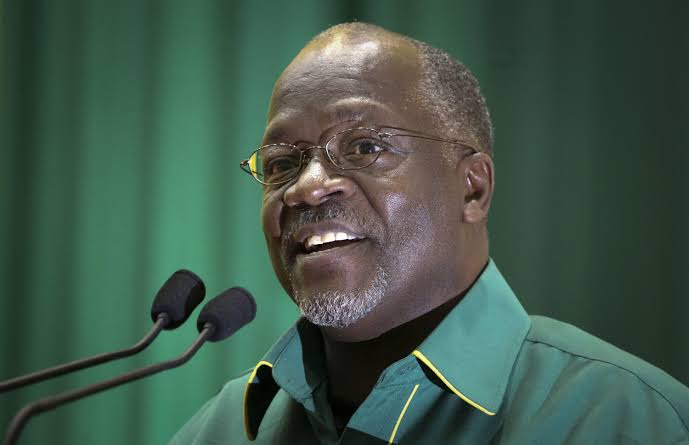 Get a sneak peak in President Magufuli's academic qualifications:

It's so sad that it has now dawned to the East African Community that Tanzanian President John Pombe Magufuli has kicked the bucket. Even though he was prepared for it, he also never knew it was this soon. 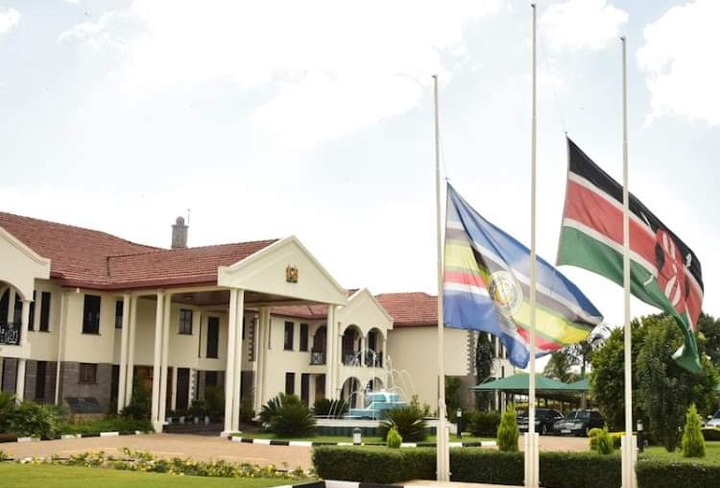 President Uhuru Kenyatta directs Kenya to observe a 7 day period of national mourning, the Kenyan and EAC flags to be flown at half mast at all public buildings and all Kenya's diplomatic missions abroad during the period of his death untill he is buried.

So many prominent leaders and comedians of East Africa have sent their messages of condolences to Tanzanian Republic. 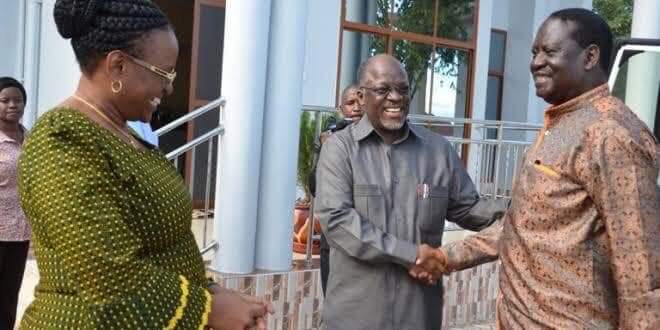 Raila Amolo Odinga said and I will quote, “It is with deep sadness that I have learned of the passing of my friend, President John Pombe Magufuli of the United Republic of Tanzania. President Magufuli and his family have been close friends for a long period of time. He has been by my side at my most difficult and painful moments. Over the years, we have worked together especially in the areas of connecting Eastern Africa by way of infrastructure. On behalf of my family and the Orange Democratic Movement, I send our deepest condolences to the President Magufuli’s family and the people of the United Republic of Tanzania at this profoundly difficult and sad time. 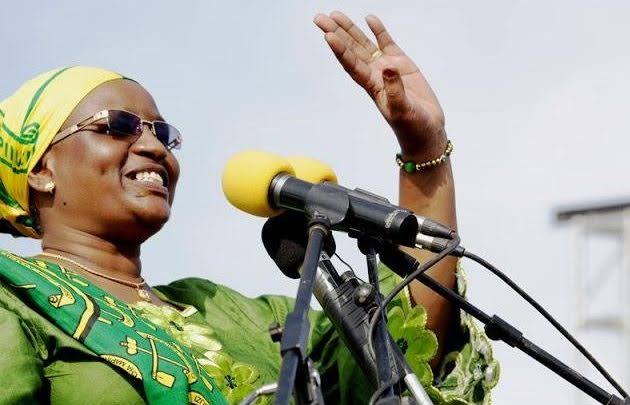 First Lady Mama Janeth Magufuli, our thoughts and prayers are with you as a family. We thank you for the occasions you welcomed us at your home and we stand with you at this hour of grief and sorrow in your family. To the people of the United Republic of Tanzania and to the party of Mwalimu Julius Nyerere, Chama Cha Mapinduzi, we mourn with you and join you in celebrating the extraordinary life and career of President Magufuli.We recognize his experiment with uplifting the stature of the Tanzania nation in the region and among the community of nations. At this moment of sorrow, I call on the Tanzania nation to remain united and peaceful. I appeal to the nation to fall back on the tradition set by Mwalimu Nyerere and followed meticulously by predecessors of a peaceful, orderly and constitutional transfer of power. The tradition of peaceful and orderly transfer of power, brotherhood and constitutionalism needs to hold in Tanzania now, more than ever in the interest of the peaceful and friendly people of Tanzania, the East African Community and the Continent of Africa.”  end of quote.

Here are some of the East African Community politicians and comedians word of condolence:

Kenya Marketing Influencer Erico Otieno Olweny shared the message as it was being delivered by the Vice President. 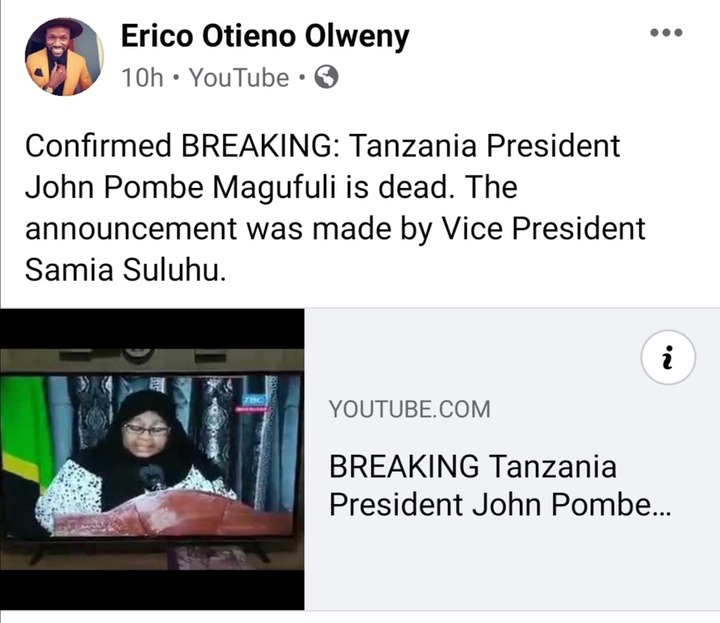 The president of Kenya HE Uhuru Kenyatta 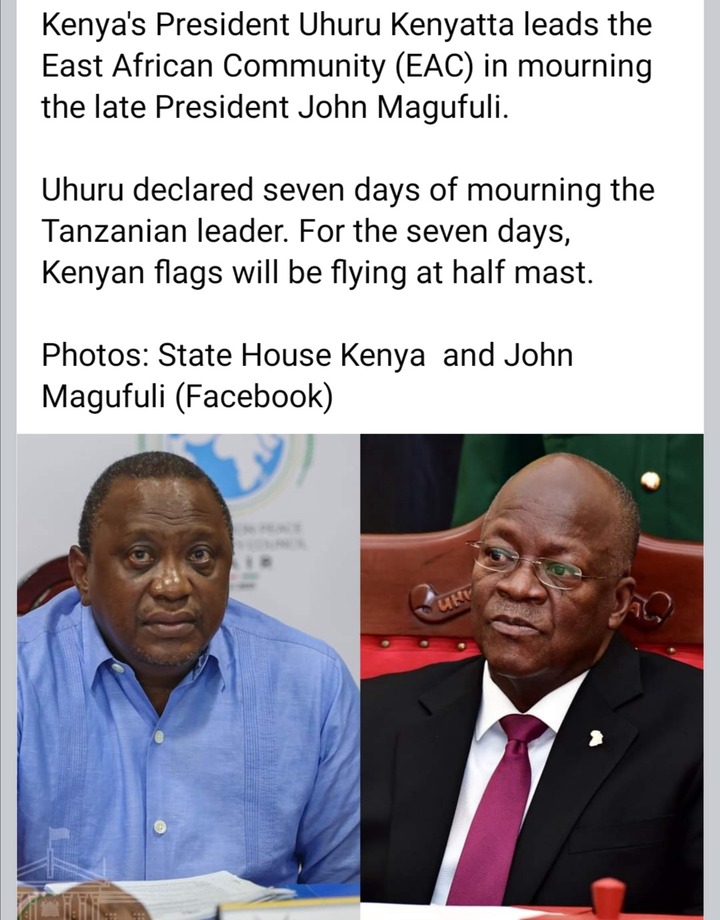 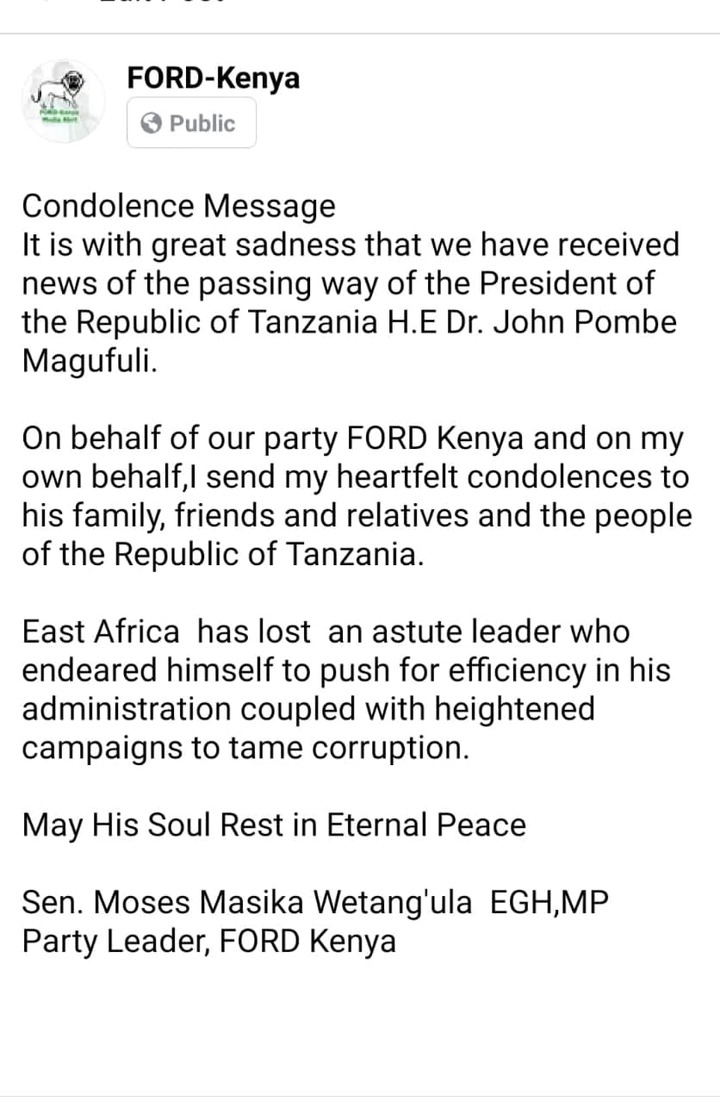 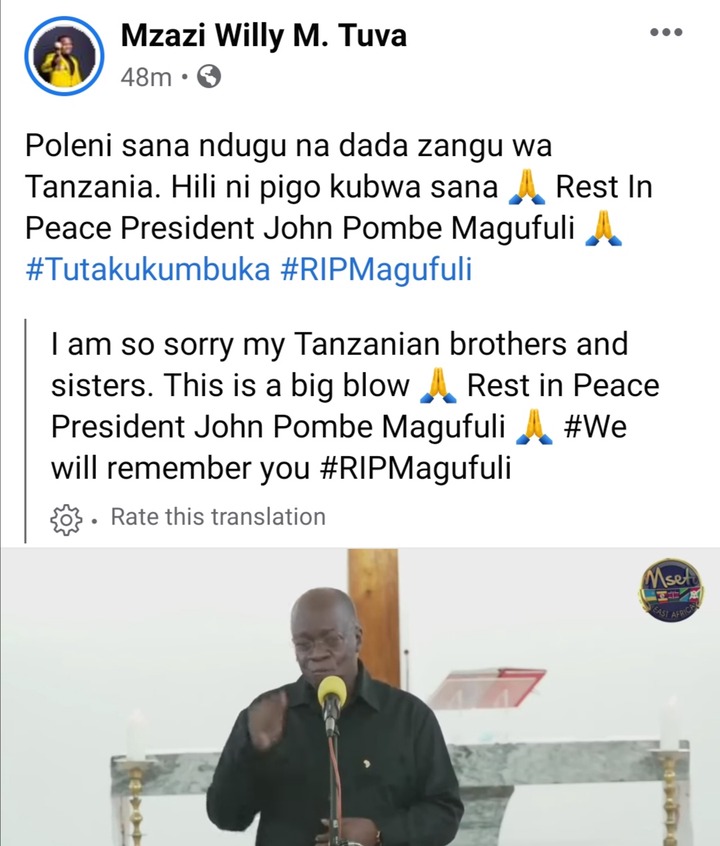 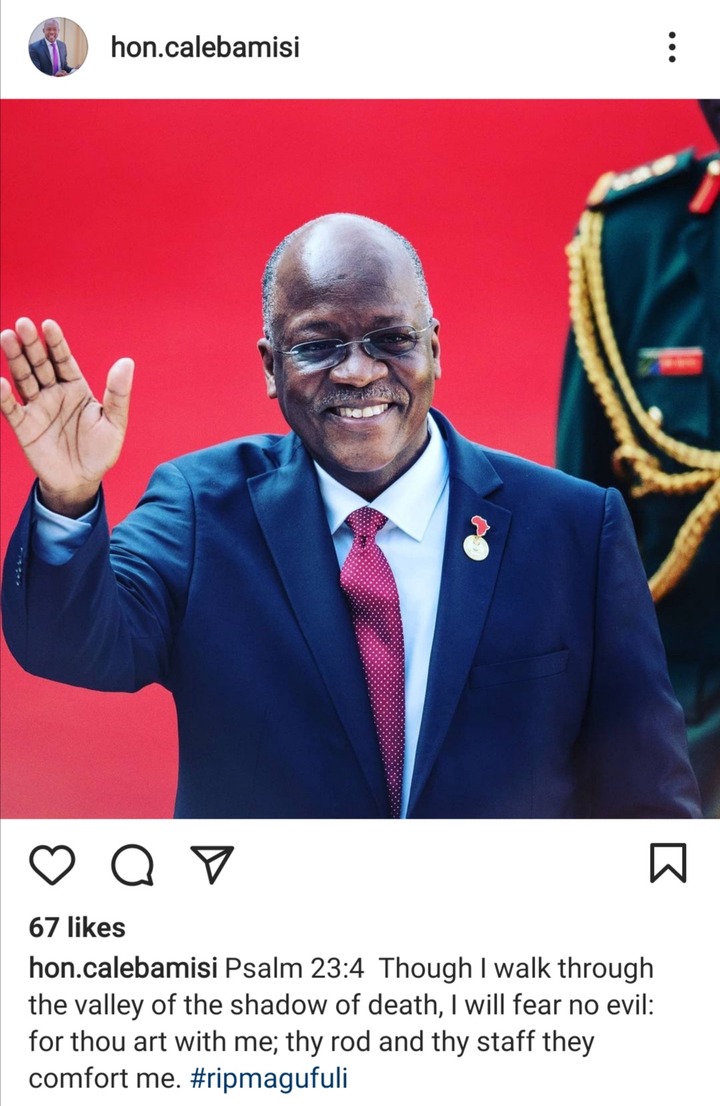 The United States of Africa 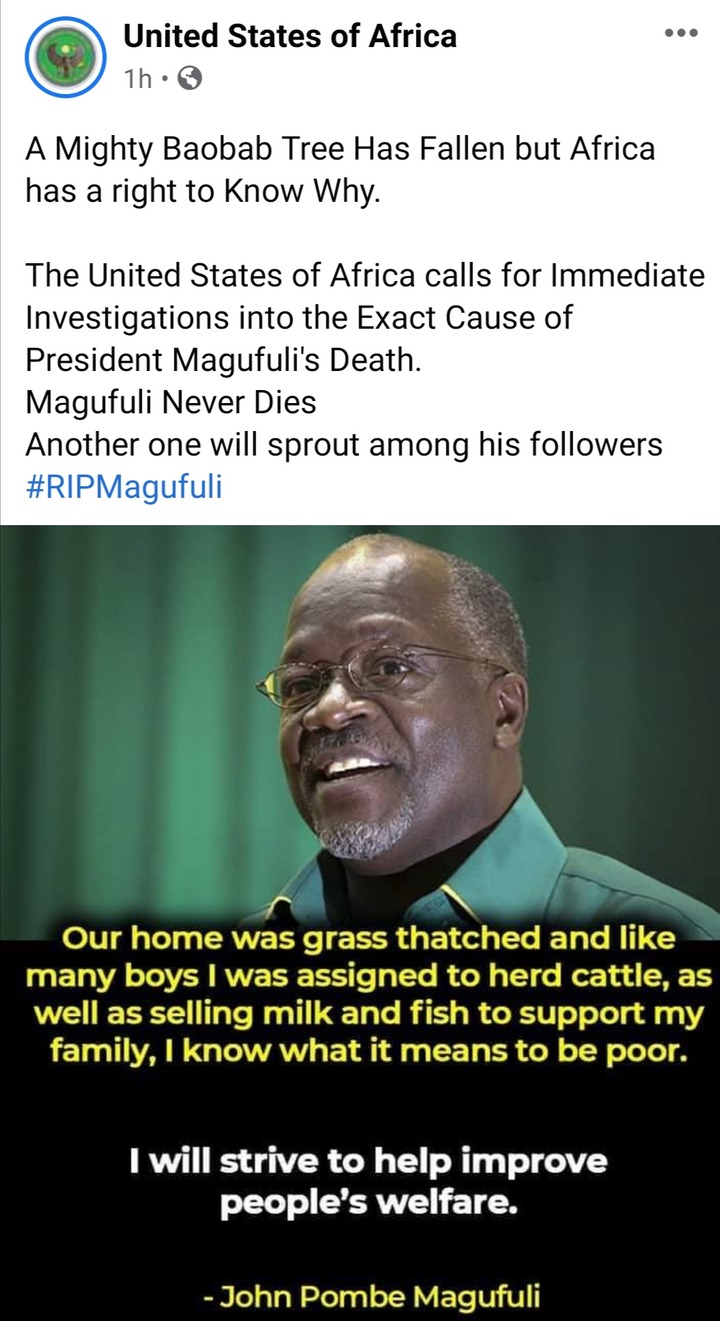 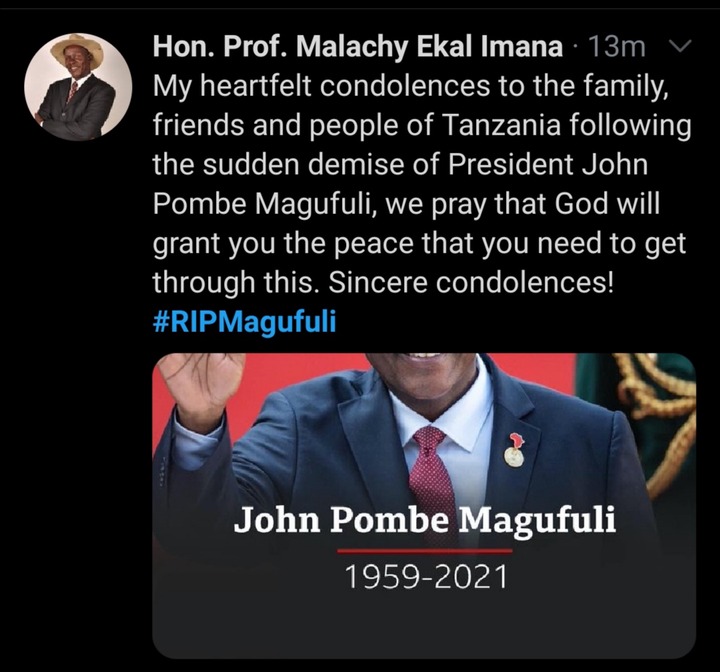 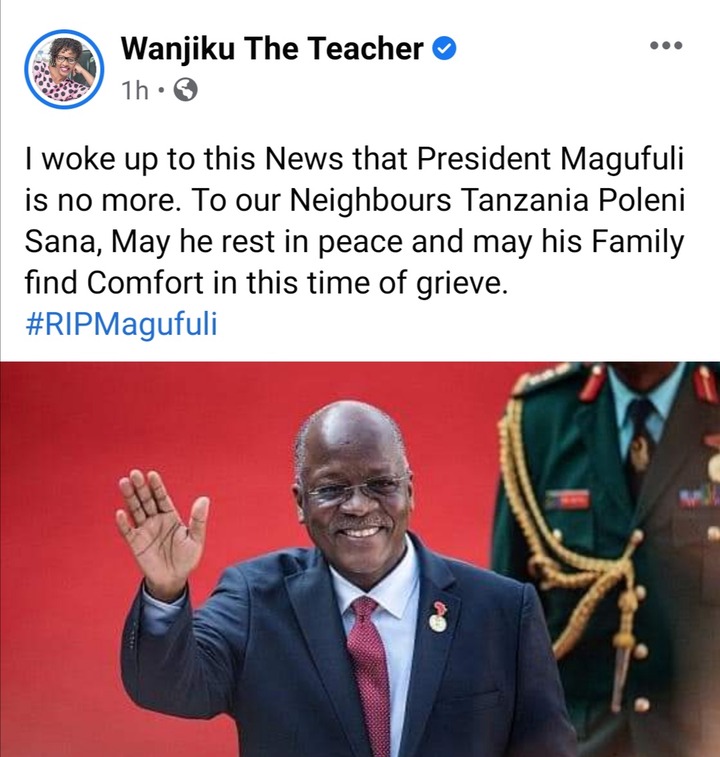 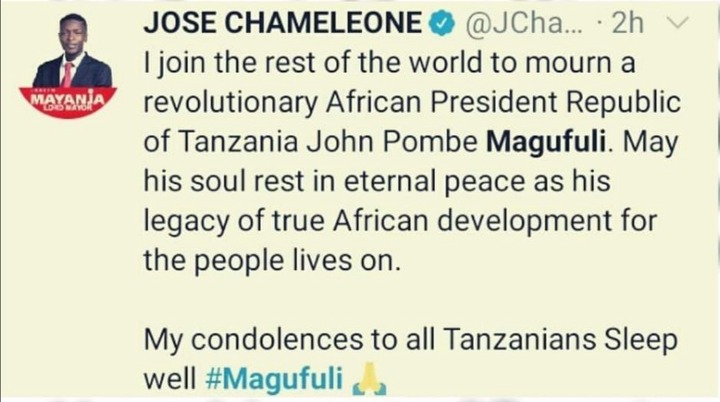 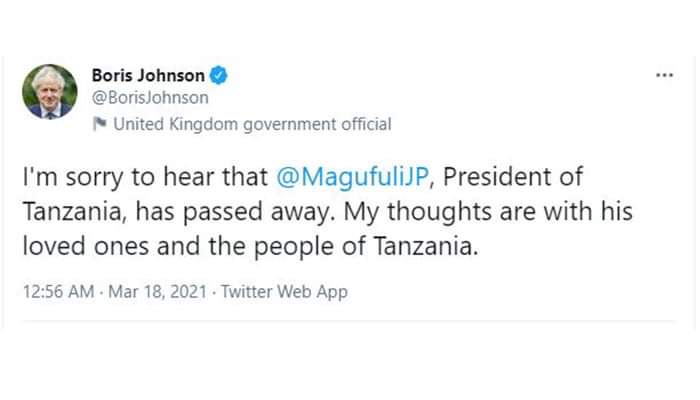 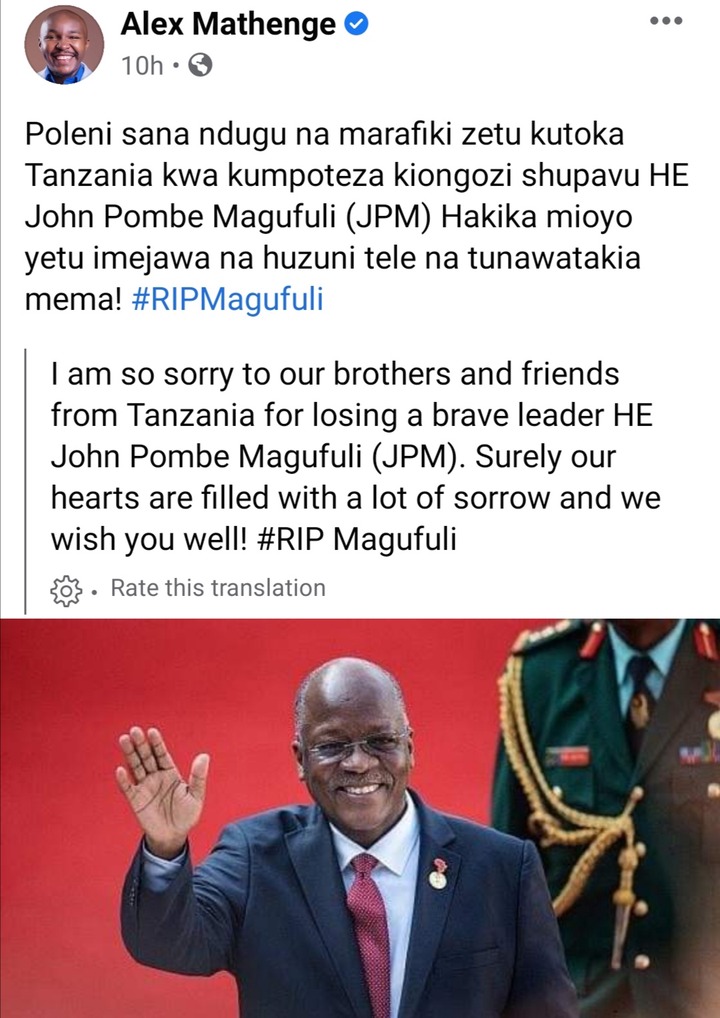 May the soul of Mzee John Pombe Magufuli rest in eternal peace. As tears flow from our eyes with hearts heavy with the weight of losing you, we will also celebrate your life because you have taught us the true meaning of living. You were and are still an inspiration to all, with a heart that radiated love and warmth through all our lives. You will truly be missed and forever remembered. Even in death you are still loved and forever will be. You have touched the hearts of so many who owe you a lifetime of gratitude. We are not saying goodbye forever but goodbye for now. I pray you find peace and rest wherever you are.

Content created and supplied by: jacobmokoit (via Opera News )

'You Are A Mathematician',Fans Congratulate Babu Owino After He Shared His Highschool Results

KCSE Exams Will be out Within Four Weeks Time, CS Magoha Said