Was It Advisable For CJ to Bow Before The President? Political Analyst Responds [Photo&Reactions]

A photo of the newly sworn in Chief Justice of Kenya, Lady Martha Koome bowing to the president of the Republic of Kenya, HE. Uhuru Kenyatta has elicited a heated debate amongst the Kenyan fraternity who have gone ahead to express their vies on various social platforms.

Majority of Kenyans who wouldn't welcome the move, opines that the CJ being the head of the judiciary doesn't and mustn't bow before a president in whatsoever way. Some even went ahead to take the matter to an extend of religion by saying that "The president is just human and bowing to him is like worshipping an idol". 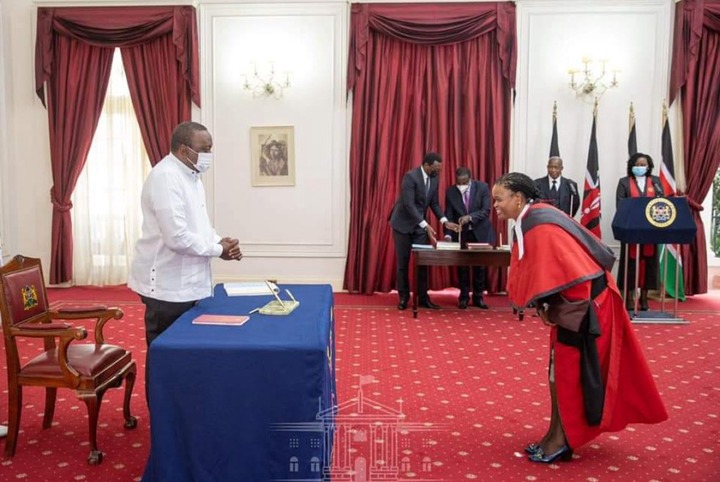 Lady Chief Justice, Martha Koome bows to the President at the Statehouse after her swearing in ceremony. Photo|Twitter|Courtesy

The famous renowned controversial political analyst and blogger, Robert Alai has however bashed the argument, saying that the President is the overal head of state and goverment and hence the CJ is under him and thus must show respect to her superior. 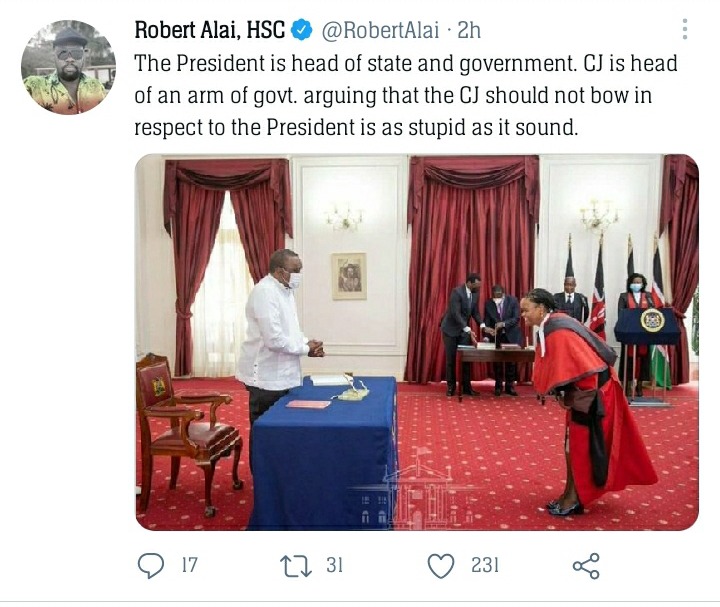 Goverment of Kenya is made up of three arms of government; The Executive, Judiciary and Legistlature and therefore some thinks that each of the arms is independent over the other as insinuated in the current constitution.

Moreover, respect is a personal responsibility and thus, despite the hierachy in leadership arrangements, one has the right to express how he|she shows respects to fellow human.

Kenyans who expressed their satisfactions, now want the president to uphold the sovereignity and supremacy of the constitution through upholding his oath. Others want the CJ to exercise her respect too to the Deputy President of Kenya. Kenyans now want the lady CJ to be vigilant not to fall in the traps of the executive, by not accepting to be used to carry out amendment of the constitution, through the recently flouted BBI bill. 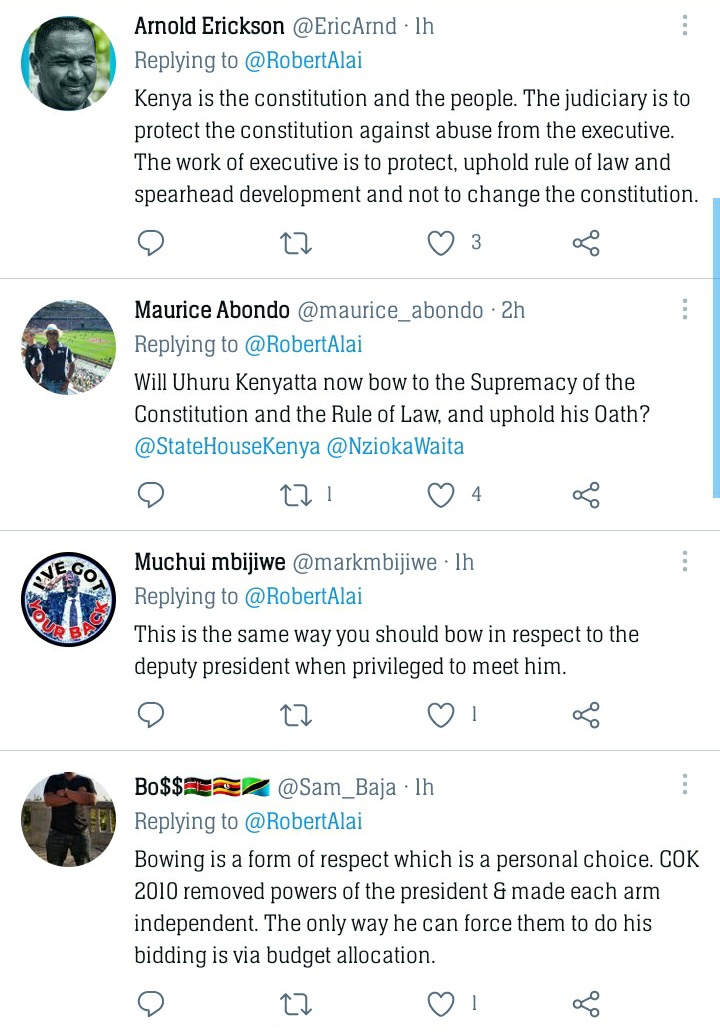 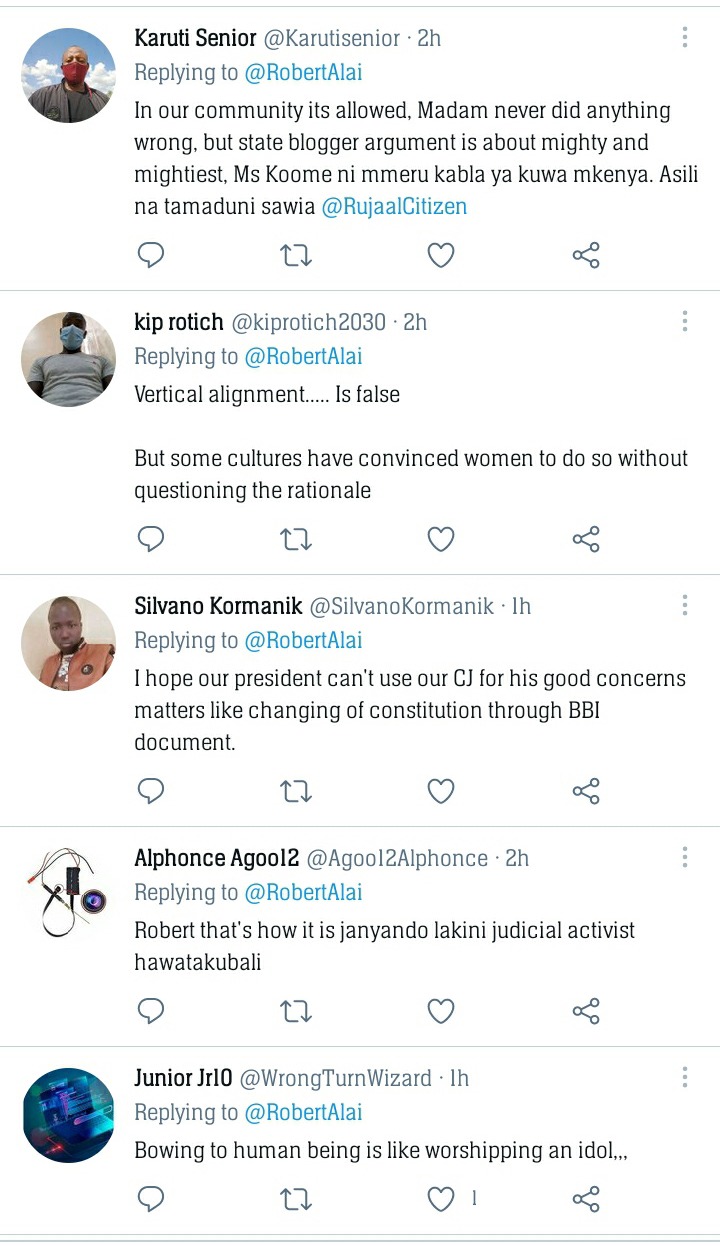 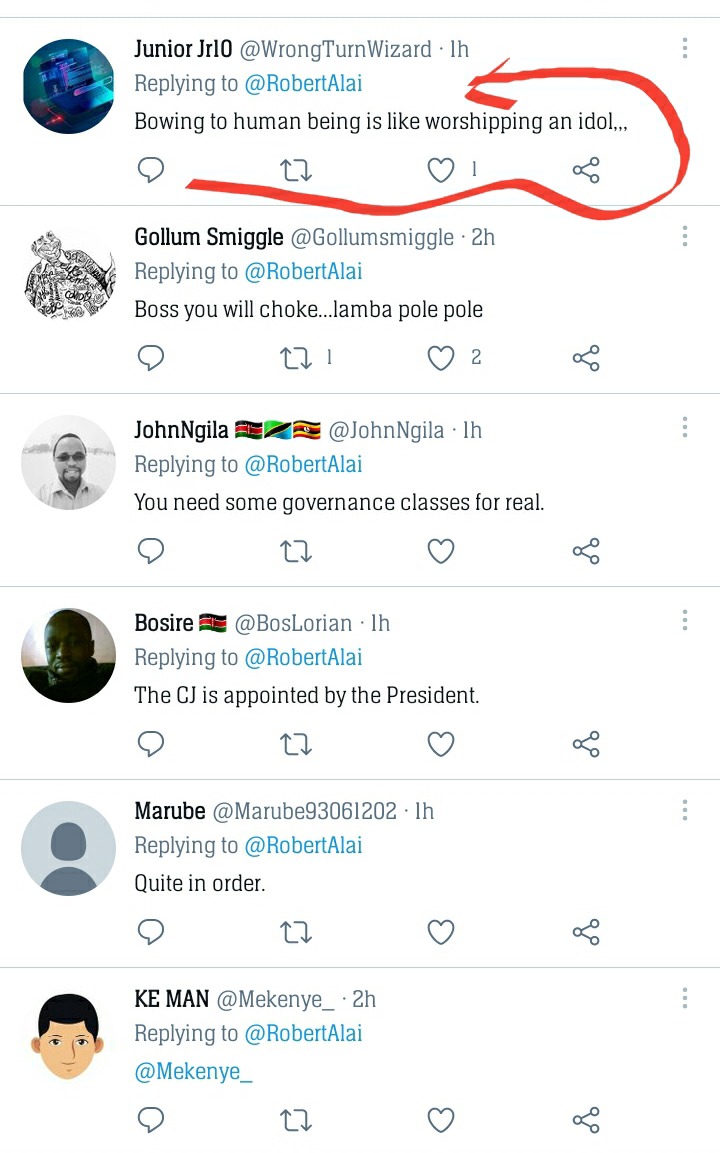 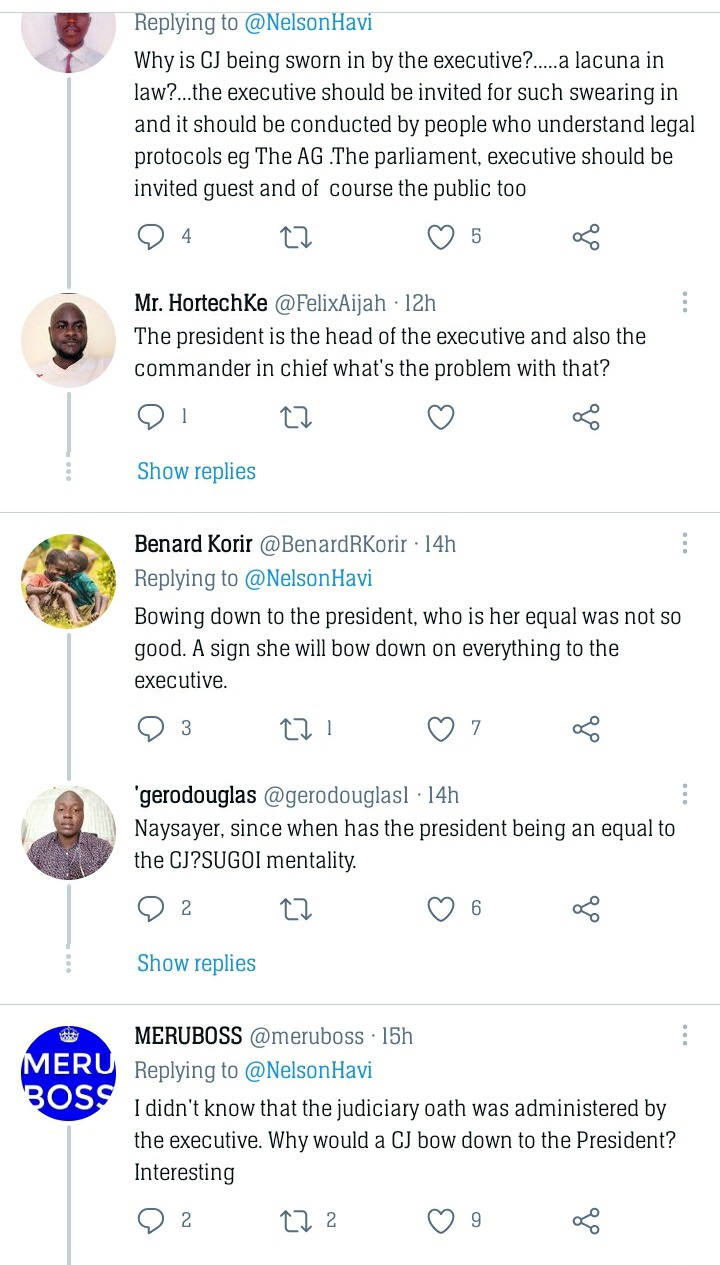 Dp Ruto Brings West Pokot To A Standstill, Received Like A King As He Does This.

Do You Remember Spenser Who Exposed The Maasai Mara Heist, Check The Sad News That Happened To Him