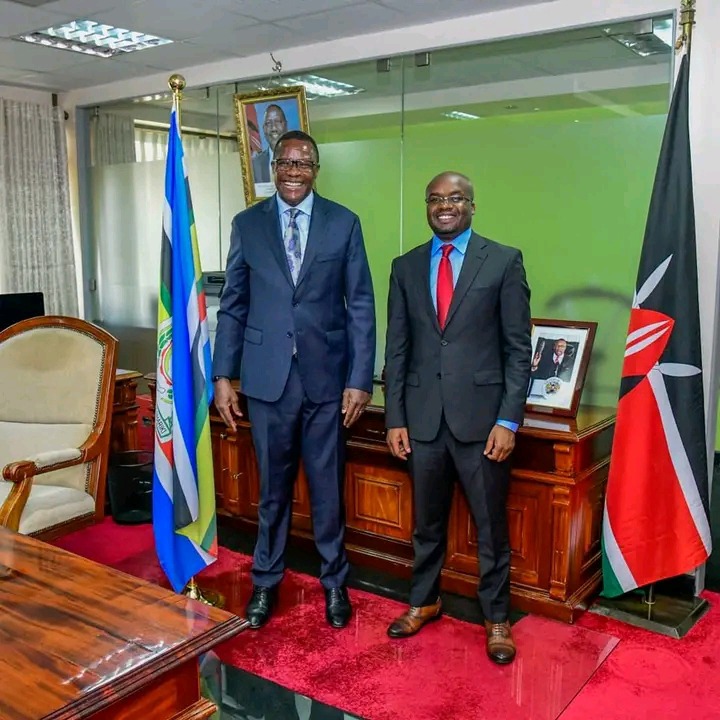 Raymond Omollo who hails from the same expansive Nyanza region with cabinet secretary Eliud Owalo had paid a courtesy call to him.

"Moments back with my kid brother Dr. Raymond Omollo who paid a courtesy call on me" posted cabinet secretary Eliud Owalo on his official Facebook page 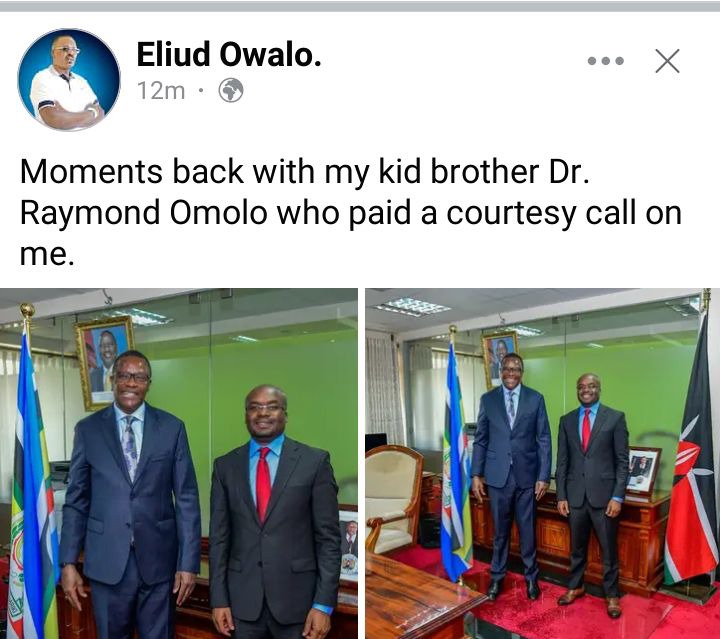 Raymond Omollo is among fifteen two principal secretaries nominated by president William Ruto for vetting by national assembly before final appointment for the positions.

Raymond Omollo will work alongside interior cabinet secretary Kithure Kindiki upon approval by national assembly after vetting by security Committee.