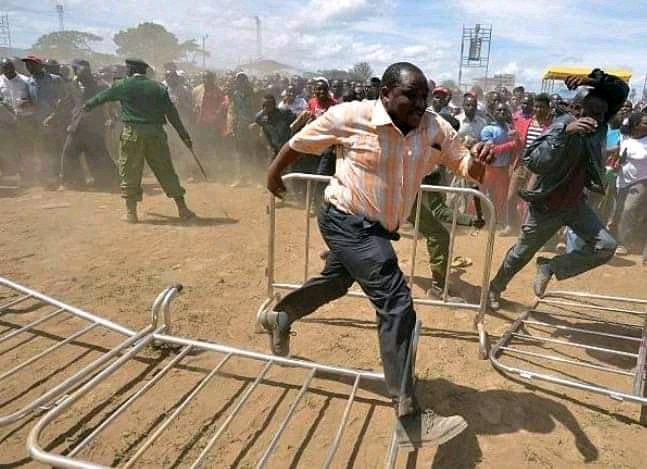 A past crime scene

The Juja by-election has recorded a dramatic scene after angry voters chased away men in black said to be from Nairobi.

In a viral video making rounds on social media, angry locals were seen throwing stones, forced the said men in black to run for their dear lives.

According to Deputy President William Ruto's point man Dennis Itumbi, the voters suspected the 'deep state' had a plan of tampering with their votes, thus deciding to allegedly protect their votes.

They decided to protect the votes by chasing away the men in black, they suspected were working for the deep state.

Itumbi further alleged that the hired men in black had managed to kick out their hustler candidate's agents from the polling station in Ruiru Ward.

"The People of Ruriiu Ward, Nyandarua, have decided to protect their vote.  Men in Black brought in from Nairobi by the system, chased out.

"The imported goons had managed to kick our UDA agents and also lock up Journalists. Dear system, your Guns and threats will not work. The People have DECIDED!" he said. 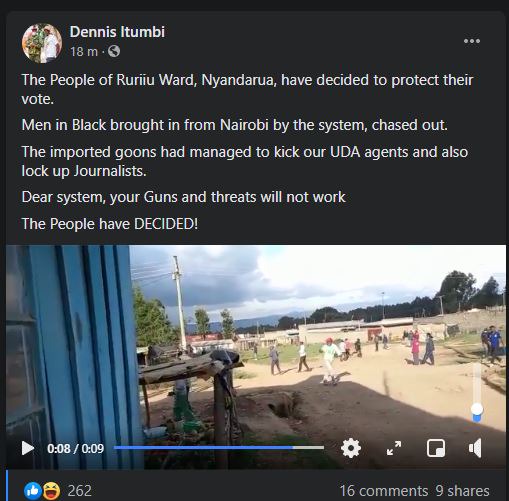 Watch the video by clicking here.