By ibramo (self media writer) | 1 year ago 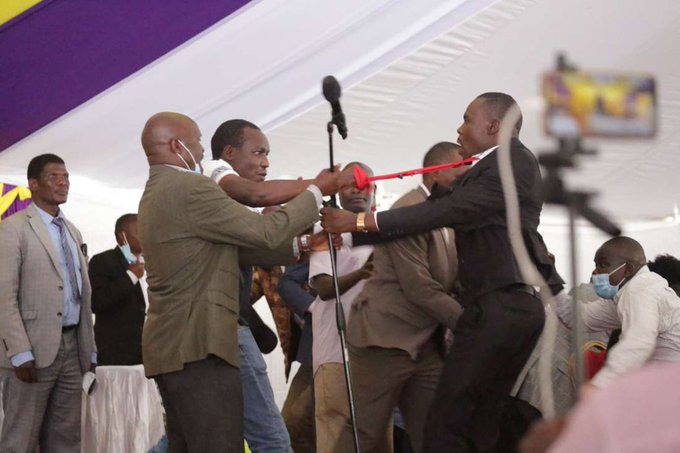 Following the drama that was witnessed in Kisii County during the burial of Kisii County Deputy Governor Hon. Joash Maangi's father, the late Mzee Abel Gongera, South Mugirango Member of Parliament, Hon. Silvanus Osoro burst in the limelight. The lesser known member of parliament has now become the talk of the country albeit on the wrong side. The South Mugirango member of parliament was embarrassed by Dagoretti North Member of Parliament Hon. Paul Simba Arati who kicked him on the floor while the former was advancing towards him while giving his speech.

According to a tweet by the Nation Africa, the South Mugirango member of parliament has opened up claiming that he was provoked by Hon. Arati. 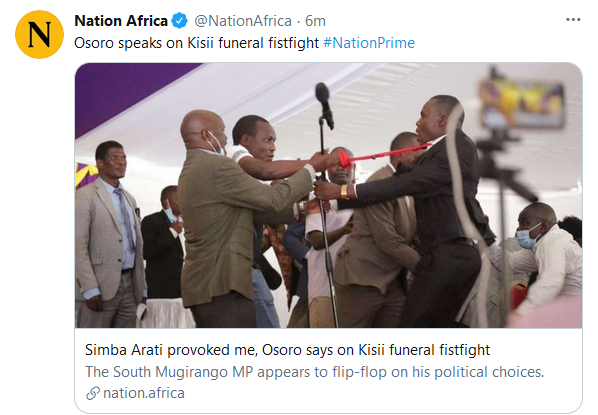