Yesterday was yet another day for politicial parties to continue testing their popularity in the by elections that were held in Juja Constituency in Kiambu County, Rurii, and in Bonchari Constituency in Kisii County. The by elections were held in a peaceful way with some hiccups from police officers who at some times tried to disrupt the tranquility that was in those areas. 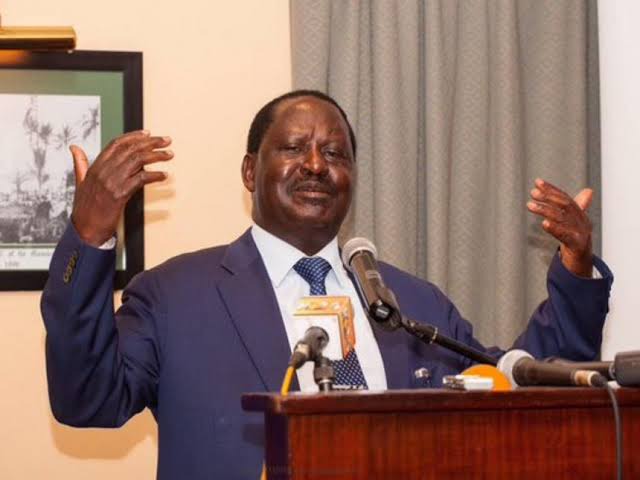 According to some ODM supporters in Bonchari constituency, police officers were seen trying to tamper with the elections by trying to sneak some pre-marked ballot papers into ballot boxes. This move attracted the attention of ODM leader Hon Raila Odinga who condemned the incident terming it as so unfortunate.

Taking to his Twitter account, Hon Raila said that such a demonstration was an abuse of power by the police and a display of impunity. 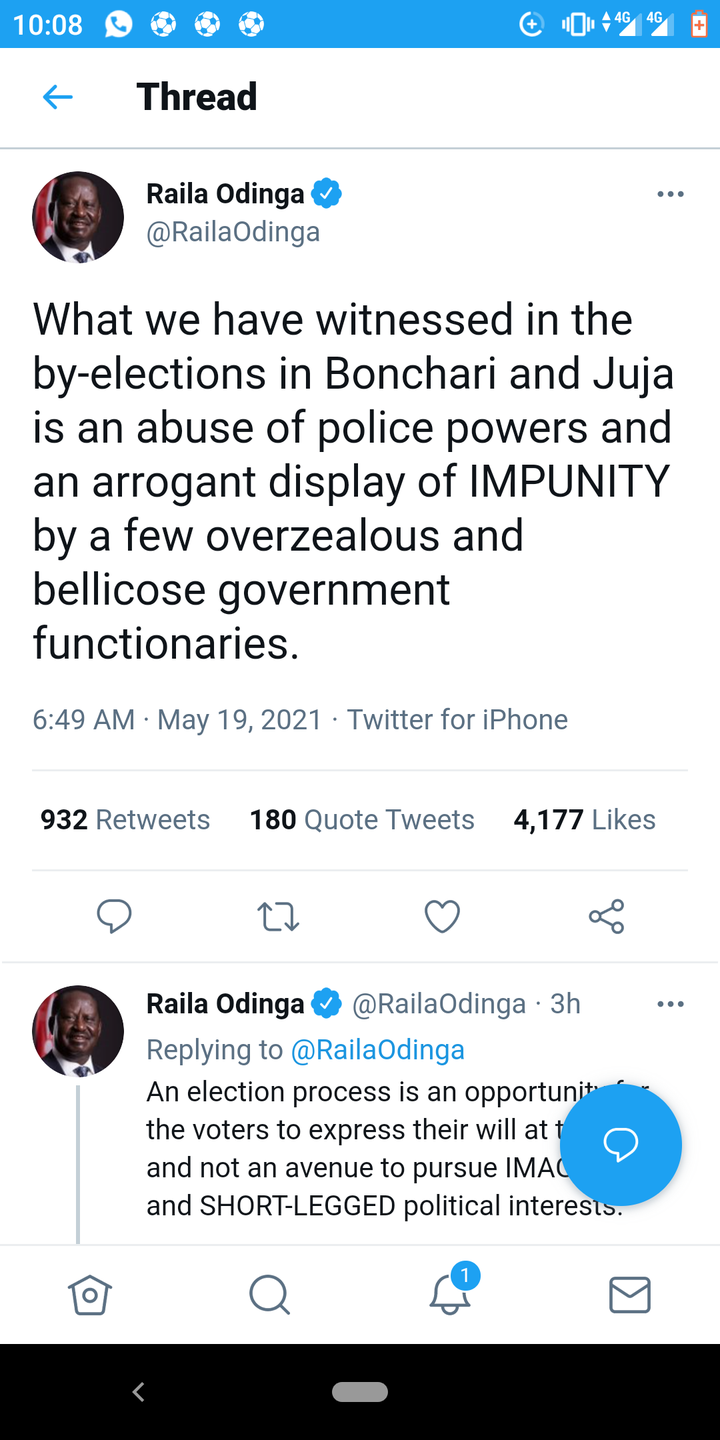 "What we have witnessed in the by-elections in Bonchari and Juja is an abuse of police powers and an arrogant display of IMPUNITY by a few overzealous and bellicose government functionaries." Hon Raila Odinga.

The former premier went ahead to say that the the peaceful co-existence that has been experienced over the three years should not be taken for granted.

"The peaceful co-existence post-2018 must NOT be taken for granted by some rogue elements wanting to confuse the HANDSHAKE for an excuse to ERODE our hard-earned liberties! This must STOP!" Warned Raila.

Meanwhile Raila went ahead to congratulate the electorates of Bonchari constituency for voting in for the ODM candidate Hon Pavel Oimeke. 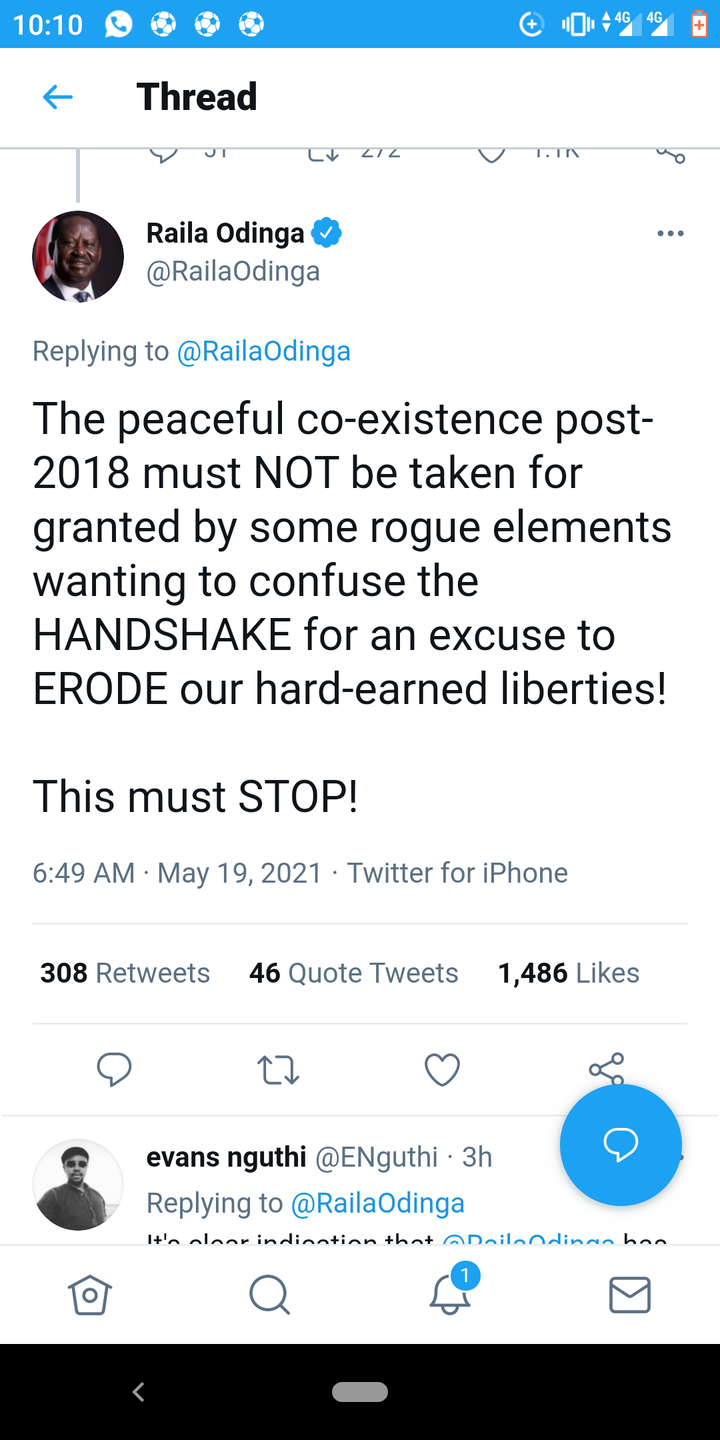 "Congratulations to Bonchari Mp Elect Pavel Oimeke! The win in the just concluded by-election is a clear demonstration of the unwavering support and love for @TheODMparty. Governor Ongwae, the Kisii ODM team, the Abagusii community and the entire family of ODM, kazi mzuri!" Posted Hon Raila.

5 signs that you are forcing issues with your woman

Joe Biden Won The Heart of Americans With Only Three Critical Agendas which DP Ruto Should Emulate.

Early Signs and Symptoms of Diabetes You Should Not Ignore