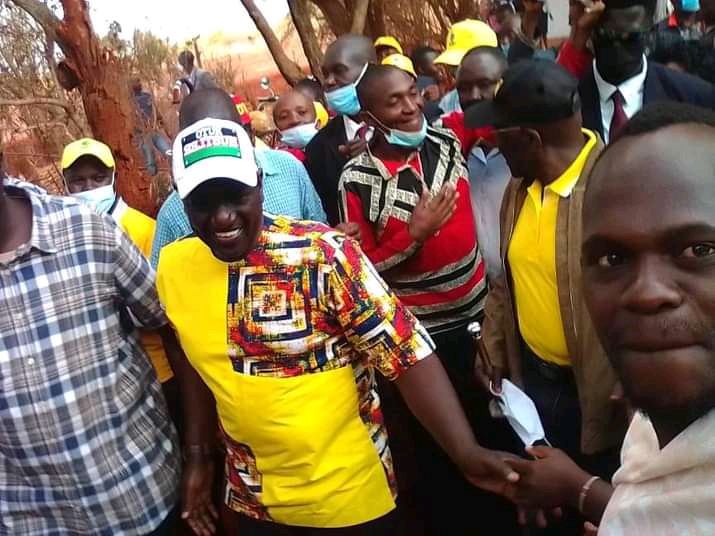 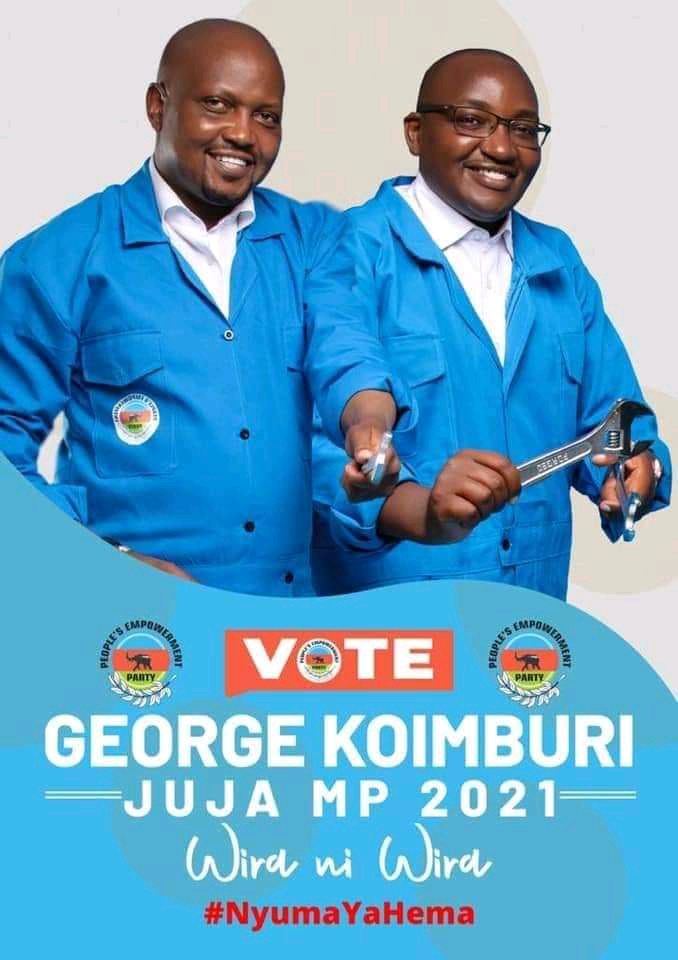 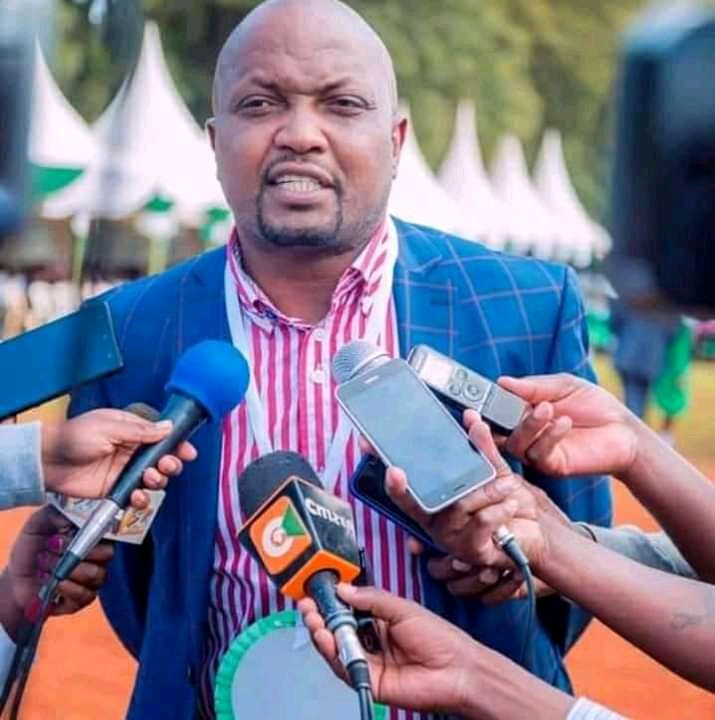 On Sunday, 24th October 2021, Hon Koimburi joined the second in command and the entire UDA affiliates for a holy mass service at Latter Glory Church in Gachie, Kiambaa, Kiambu county despite his party leader Moses Kuria fighting for his life at Karen Hospital after undergoing successful leg surgery. 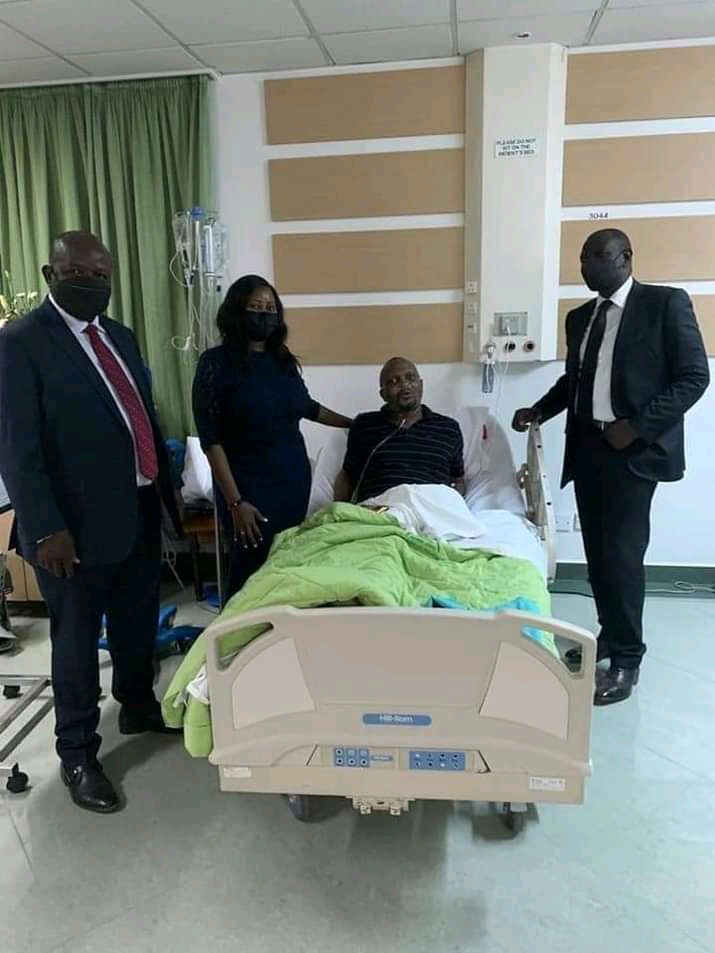 Moses Kuria was a key influencer and mobilizer for Hon Koimburi's grasp of Juja parliamentary seat and played a key role in protecting and defending his (Koimburi's) votes from fraudulent election multi-practises that reaped PEP's deserved victory. 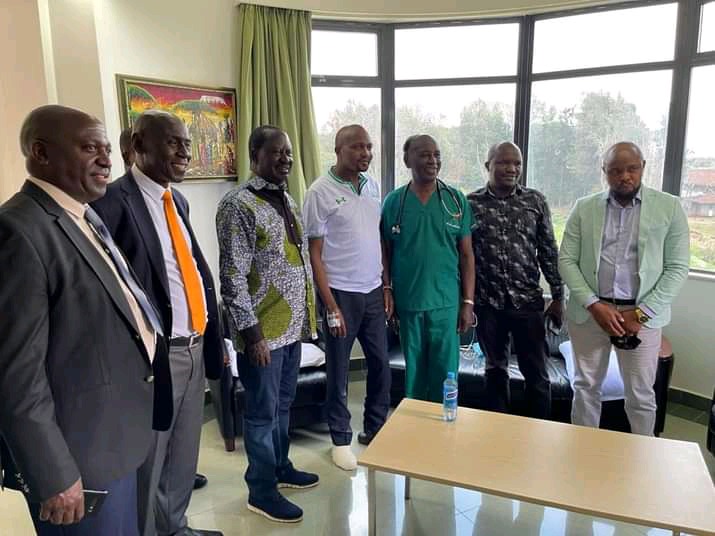 However, as Moses Kuria who is supposed to be on the forefront for homecoming ceremony (going by his intense support for Koimburi's Juja parliamentary bid in by-election), is battling for his life in hospital, the hustler nation chief crusader has devised fresh plans to take over the position and grace the event. This might scarcely explain how the ailing Gatundu South lawmaker is being betrayed by hustler nation chief principal ahead of 2022 general election. 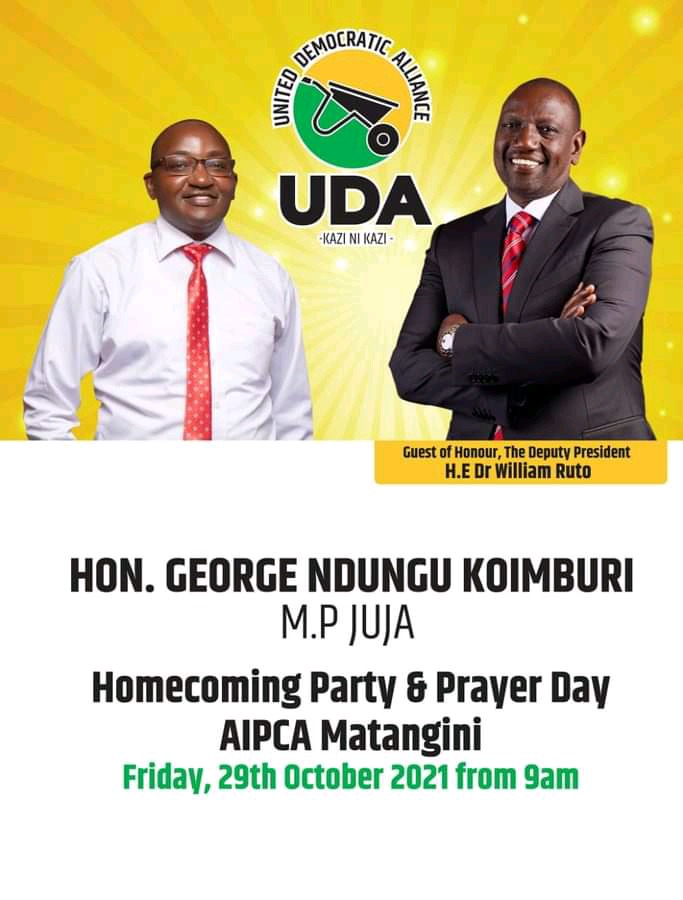 Moses Kuria has remained vigilant against folding his CCK party (fringe party) to join DP Ruto's UDA despite being subjected to endless pressure from Tangatanga confidants urging him to fold CCK and join UDA for pre-election arrangements in Hustler Nation axis.