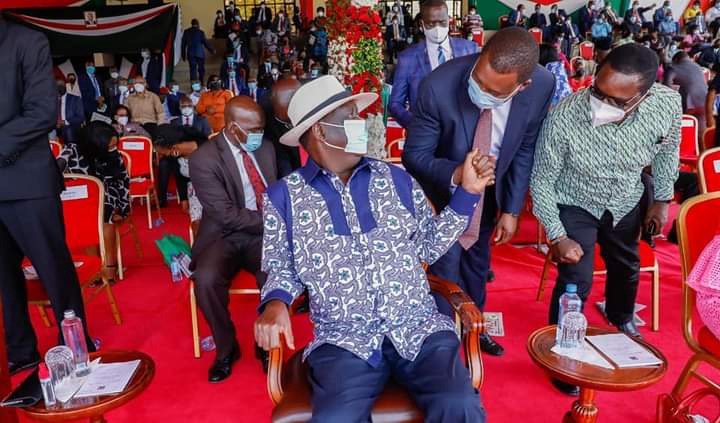 A section of leaders from the Western region criticized President Uhuru Kenyatta, for only targeting the Nyanza region with his developmental projects. They even said that he should not go to the Western region to look for votes. This angered the ODM party leadership, and it was forced to release a statement. The Director of Communications at the party, Mr. Philip Etale wrote that the Western region leaders should not see as if they have been left behind by the projects of the President.

According to him, the President launched various things in the Nyanza region, because the Madaraka Day celebrations were going to be held in that region. He also wrote that, the leaders who are saying that the projects are Raila Odinga’s, should stop misleading Kenyans because they are national projects being conducted from above. 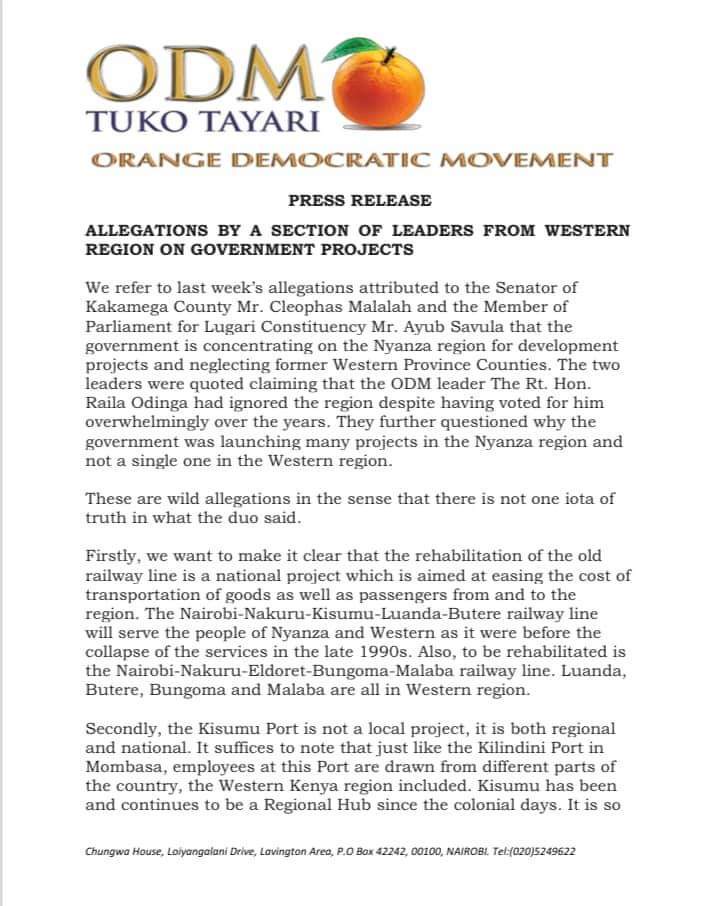 He also wrote that, Kakamega County which is found in the Western region, hosted the Mashujaa Day celebrations in the year 2019, and prior to that, the President launched some projects there too, including the completion of the Bukhungu stadium. 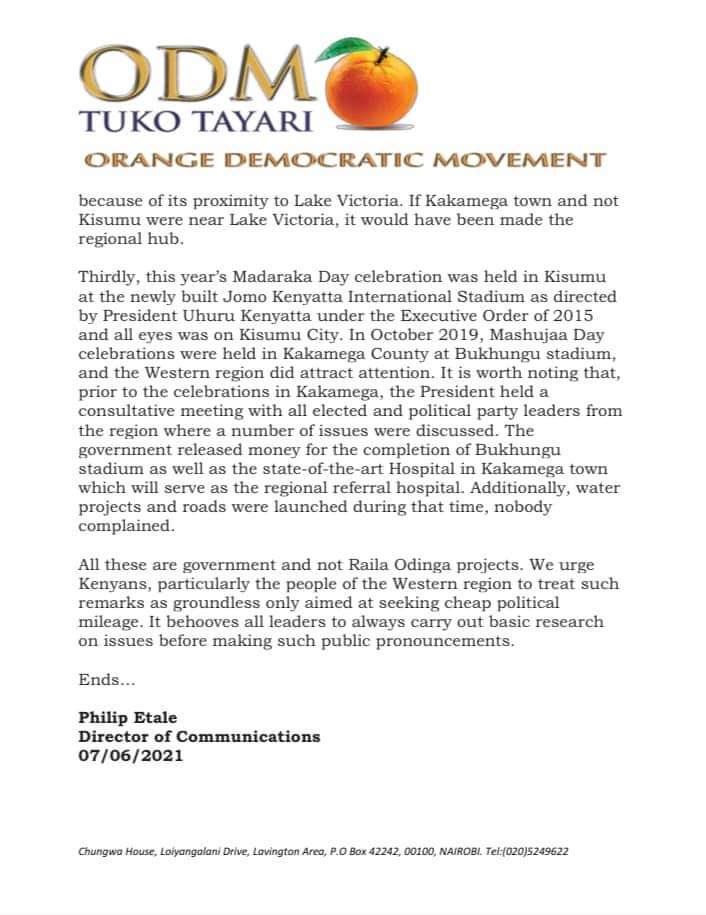 The statement also read that the rehabilitation of the old railways system is a government project, which is aimed at facilitating the easy transportation of passenger and good from the Nyanza region and also the Western region. This is because the railways line will come all the way from Nairobi to Nakuru to Eldoret to Bungoma and to Malaba. These are places in the Western region and therefore they do not understand why the leaders are saying that they have been sidelined.

Kiambaa Jubilee Aspirant Allegedly Chases Kieleweke Away, Asks Them Not To Help Him In Campaigns