By Description (self media writer) | 23 days ago 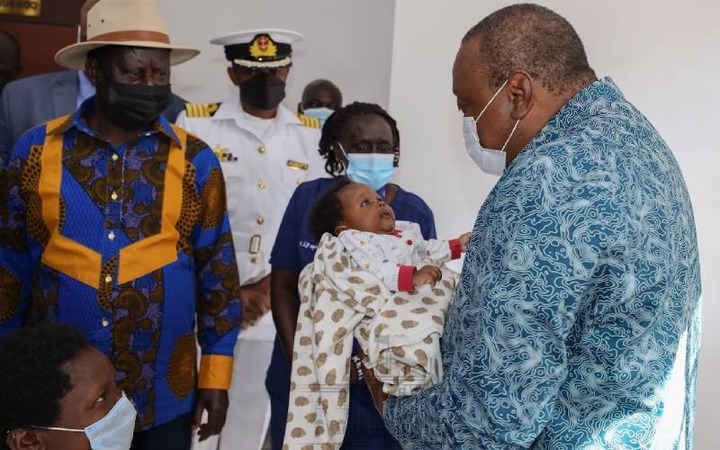 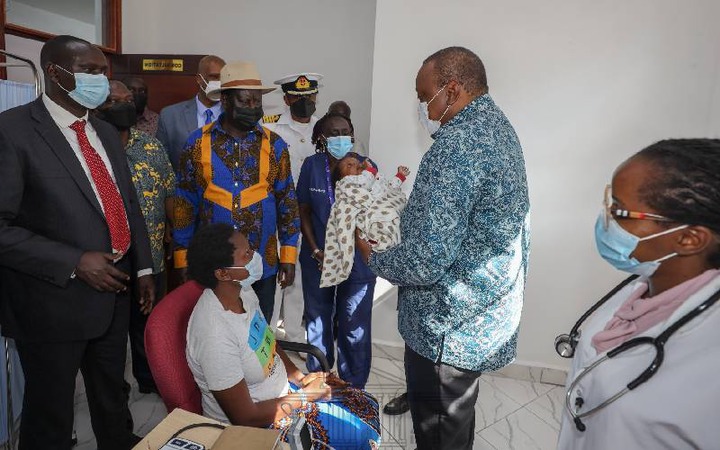 Eunice Liavuli narrates how she interacted with the head of state Uhuru Kenyatta."The president was standing infront of me and he gave me a fist bump. He was looking cheerful and I couldn't believe that I was interacting with the head of state. I felt excited and shocked at the same time. The most fascinating moment was when the president ask me to hand him by baby," says Liavuli.

Liavuli who is a mother of two says that she wanted to whisper something to President Uhuru but felt so scared. She says that she wanted say thank you to the president for building the new hospital. She reveals that they have been going far seeking medication especially for the infants.

Liavuli also says that if she had a chance she could have asked the president to help her get a job or begin a business so that she can be in a position to bring up her two kids with less struggles. She says that there were so many people and she couldn't have told the president anything.

Eunice Liavuli also says that she received so many calls after the photo of the president holding her baby went viral online. She now wishes if the president can support her even if it is helping her begin a business.