Kenya is a democratic country. It is governed by a constitution which requires that Members of the County Assembly, Members of National Assembly, Women Representatives, Senators, Governors and the President should be known through a democratic process of election. 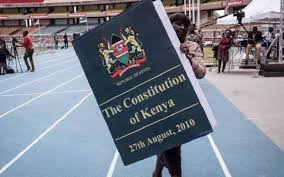 The constitution of Kenya 2010 [Photo used for illustration purposes only]

The country has finally concluded the Democratic process of voting, tallying and finally the announcement of winners at various levels of leadership. Citizens have already known their leaders at the county level and even the members of National Assembly, except Mombasa and Kakamega counties which are yet to vote in their Governors. 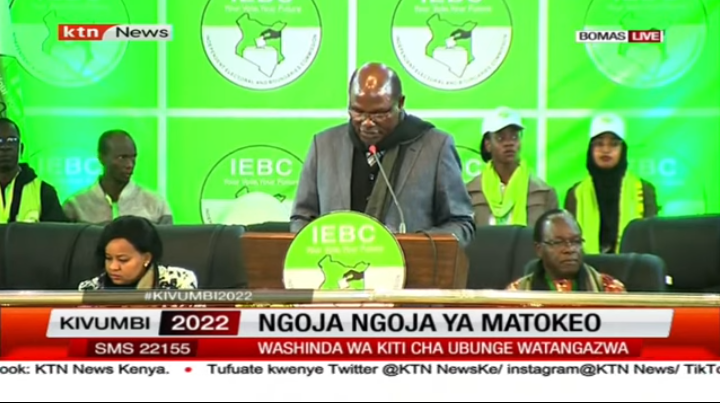 News of Ruto's election were received very well by Kenyans from regions where he received huge support following the voting exercise. However, his main opponents did not accept the outcome, citing irregularities by the commission.

In his statement, the former Prime Minister who happens to be the Azimio La Umoja-One Kenya Alliance Presidential candidate said that there was lack of transparency in the verification of form 34B. He went ahead to conclude that the figures released by IEBC were null and void. 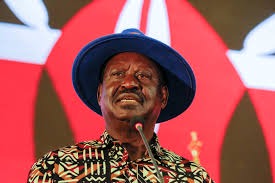 In an address to the nation, Raila Reiterated that he is not going to accept presidential results announced by IEBC chair, Wafula Chebukati [Photo/Courtesy]

Elsewhere, Mount Kenya region witnessed major reshuffling whereby majority of prominent leaders and big names in the region failed to secure their desired seats. The least expected ones were very lucky to win their respective positions of interest.

In Meru county, the big names which were dropped by the voters include Hon. Kiraitu Murungi who vied via DEP, popularly known as BUS party and Hon. Mithika Linturi who vied through UDA. The two have never lost an election before in their political career.

This success made Kiraitu Murungi to brag to an extent of undermining both the voters and his competitors. The angry voter decided to show him that they are the bosses, thus the ones to employ or fire any politician. 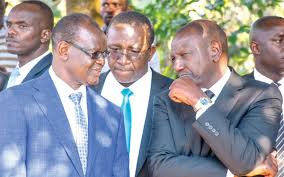 Another big name which has found no room in 2022 politics is Hon. Peter Munya, the current CS for agriculture. Munya has found himself on the upper hill after learning that Raila Odinga, a candidate he vigorously campaigned for has lost to his close rival. Raila's loss means that Munya alongside other big names in Azimio coalition could remain jobless for the next five years.

It should be remembered that Munya had been promised to continue serving as Agriculture CS if Raila Odinga managed to win the hotly contested presidential seat. Bearing that in mind, Munya campaigned vigorously in mount Kenya and across the country for Raila Odinga. However, people of the mountain seemed decided and unwilling to change their mind easily. If Ruto will be sworn in as the fifth president of the Republic of Kenya, Linturi will most likely be considered for a post in his administration. However, Munya won't be lucky to get considered due to strong political rivalry between him and the William Ruto that has existed for years.