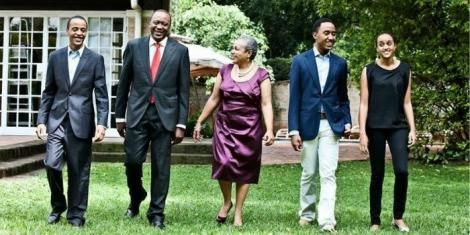 President Uhuru Kenyatta will be finishing his two terms next year. He has always been telling the people that he will be retiring and will not seek any other elective position. When he shook hands with the former prime minister Raila Odinga, the president's critics started to say that the Building Bridges Initiative was introduced so that the President could become the Prime Minister. But he refuted this claims and said that all he wanted to do was to retire and leave the country in peace. 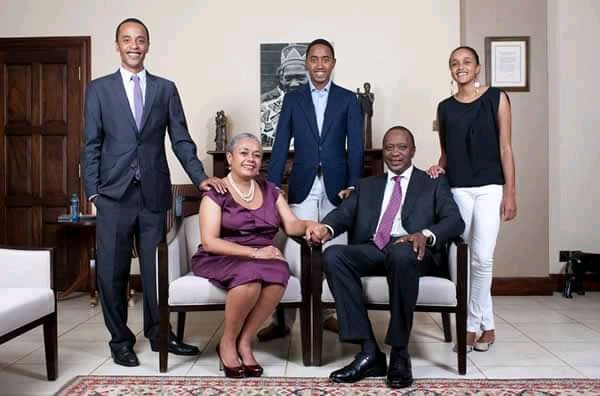 Upon his retirement, Uhuru will receive 72 million gratuity and 47 million will be added as his monthly pension. As a result, President Uhuru Kenyatta has been given four houses to live in after he retires. Among them are: 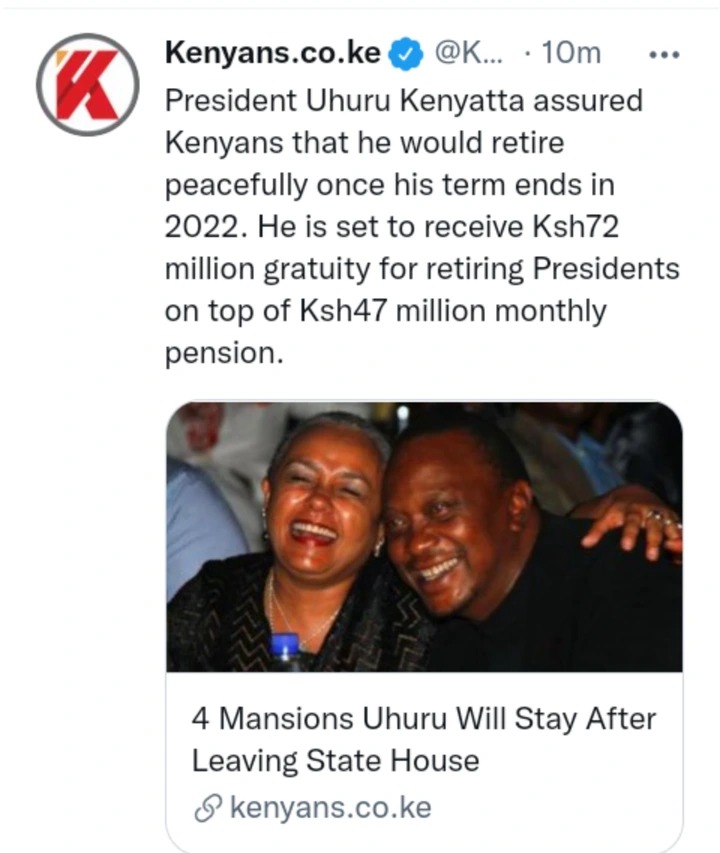 President Uhuru Kenyatta owns a 700 million Kenyan shillings home near State House in Nairobi that he himself designed and built.

The contractor began building on the residence in Uhuru's hometown in 2018, with heavy GSU protection.

According to sources, President Uhuru Kenyatta has a 4000-acre property on the Nakuru-Eldoret highway, which is home to over 1000 livestock and various plants.

Uhuru's retirement plan included this home as the most recent addition. The 1,000-acre block of land in Oloolmongi, Lolgorian Ward, near the Maasai-Mara tourist attraction site.

The Power Of Forgiveness To Unlock Blessings In Your Life.

NHIF Message To All Kenyans About Biometric Registration