COTU Secretary General Francis Atwoli has finally broken his silence over Musalia Mudavadi's Bomas event that was attended by Deputy President William Ruto today. The vocal Union of workers boss has poked holes over Mudavadi's association with the DP as he promises an elaborate response tomorrow, Monday 24th January. 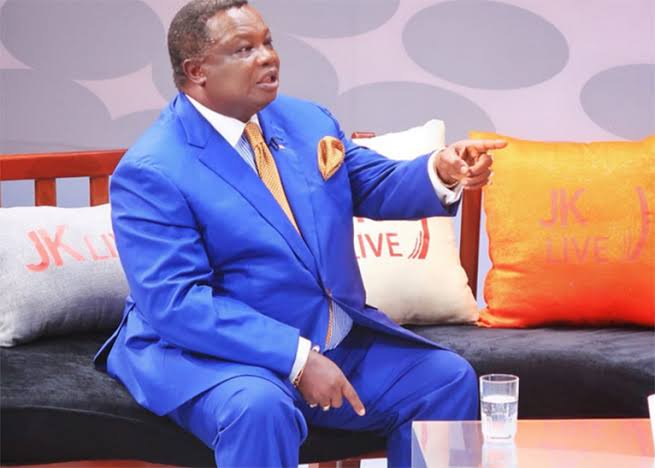 Mudavadi was today unveiled by the ANC party NDC as the party’s flag bearer, with details read by the party’s Secretary General during the NDC revealing that he was also given the authority to negotiate with other like-minded parties ahead of the August election.

Deputy President William Ruto and his allies were also present at the ANC event and the two leaders, Mudavadi and Ruto, revealed that UDA and ANC will work together in a bid to form the next government.

Breaking his silence over the meeting, COTU boss Francis Atwoli has now claimed that Mudavadi's association with Ruto is a ashame to the Mulembe nation. He said that Mudavadi's move to befriend Ruto is not the key to Presidency.

He also termed ANC party and Moses Wetangula's FORD-Kenya as political kiosks that the two leaders are using to benefit themselves. 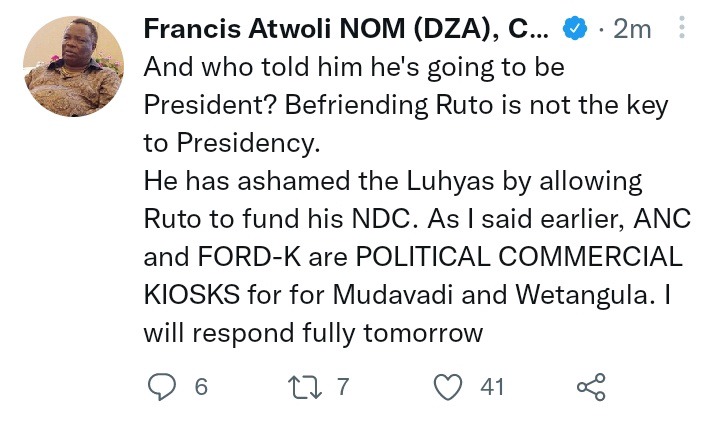