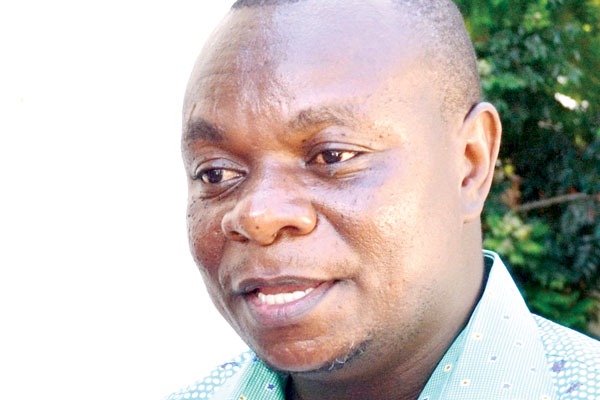 In the light of emerging claims that some of the County Assemblies were provided with fake Building Bridges Initiative documents, the ODM Communication Director Mr. Philip Etale now wants the Independent Electoral and Boundaries Commission to be held accountable.

Philip who made these remarks through his official twitter handle claimed that he only read about this controversial issue on the local dailies.

“If what I am reading on the local dailies is anything to go by the IEBC has a lot of questions to answer. We surely can’t have a rogue independent Electoral body,” twitted Etale. 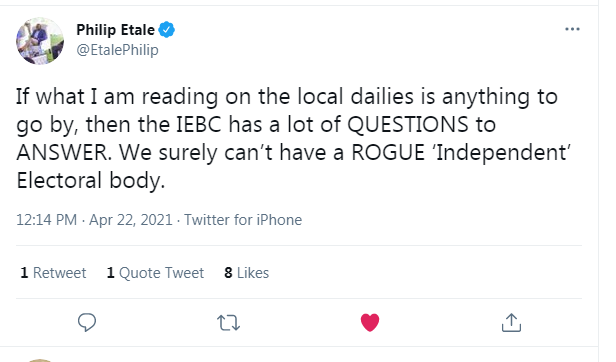 This statement by Etale comes just after the Standard Newspaper ran a story in which 13 County Assemblies are said to have received a wrong BBI Bill during the times when the Bill was being passed at the county level.

Well, according to DP Ruto’s close ally Denis Itumbi who weighed in on the issues on Wednesday night, it was not only 13 counties as captured by the Standard Newspaper but 34 counties. How true this is has still not been confirmed.

The heat coming from the ODM side against the IEBC did not only come from Etale but also from the ODM lawyer Paul Mwangi who also vented his concern over the issue. 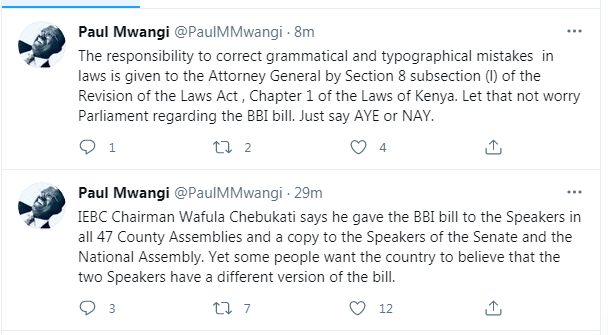 “IEBC Chairman Wafula Chebukati says he gave the BBI bill to the speakers in all the 47 County Assemblies and a copy to the speakers of the Senate and the National Assembly. Yet some people want the country to believe that the two speakers have a different version of the bill,” twitted Mwangi.