In a statement obtained by Kenyans.co.ke, Junet described the warnings as an act of arrogance and hubris, and insisted that the rallies would be an exercise of political rights guaranteed by the constitution. 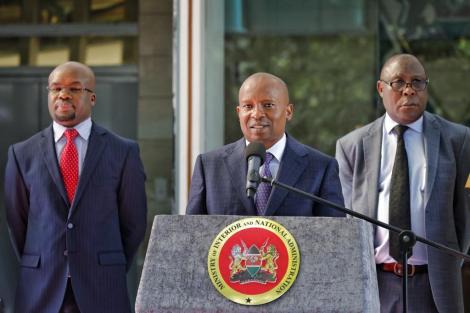 According to the Suna East legislator, the government was required by law to provide security during the engagement rallies.

"We expect the security he provides at our meetings to be proportionate to the needs of the meetings, and no more," he said.

"Statements disguised as veiled threats, intimidation, or arrogance are unwarranted and unwanted." We anticipate language confirming that the regime temporarily in power understands it is ruling a democratic state, not a banana republic. 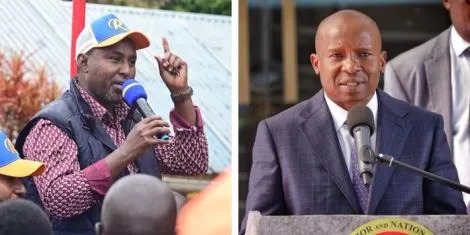 His remarks came shortly after the CS issued a couple of warnings to rally organizers scheduled for Wednesday, December 7 against disrupting the city's peace.

Kindiki stated in a press release that "the government will not engage in partisan policing or use security agencies to advance political causes, and that the government will respect the independence of all constitutional institutions in the country."

"Peaceful demonstrations, picketing, and airing of grievances, meetings, and assemblies are required."We expect those involved in this activity to respect our Constitution and the law," he said, referring to Article 37 of the Constitution. 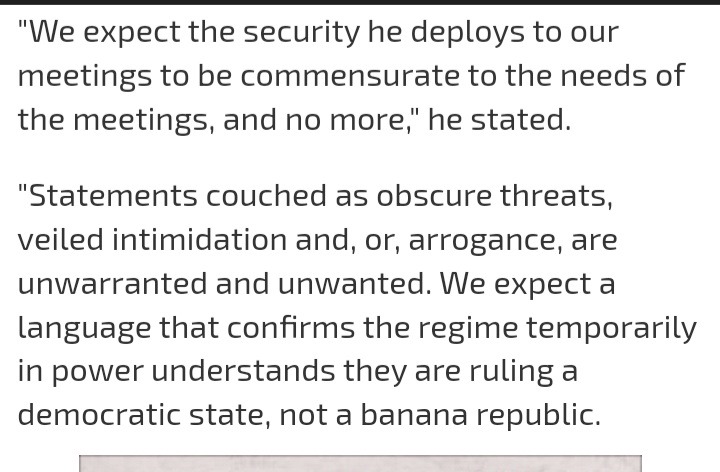 CS Kindiki, on the other hand, stated his intention to provide security for the rallies and allow members to exercise their constitutional rights.

The opposition faction announced the plans in response to the removal of four dissenting Independent Electoral and Boundaries Commission-IEBC commissioners.