Key members of the newly-formed One Kenya Alliance Party held a meeting earlier today if the photos posted online are anything to go by. Photo; Kalonzo Musyoka, Moses Wetangula and Musalia Mudavadi at a past event.

The meeting comes just two weeks after the party was officially launched in Nairobi on March 25, and it's a political formation which is arguably among the ones to be looked out for come the 2022 General elections. 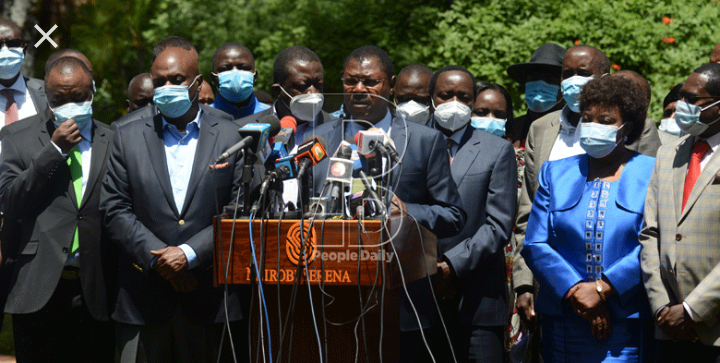 However immediately after it's formation, speculations quickly raised across the political divide with many wondering who will be the leader among the four party leaders of their respective parties.

And as Musalia Mudavadi, Kalonzo Musyoka, Gideon Moi and Moses Wetangula are yet to announce the leader of the newly formed alliance who is expected to be their presidential candidate come 2022 General Elections, many have already claimed that the KANU Party leader would take that role.

This is especially with regards to the sitting positions of today's meeting where Gideon Moi sat at the head of the table, while his compatriots Musalia Mudavadi sat at the right side of the table while Kalonzo Musyoka and Moses Wetangula sat at the left. 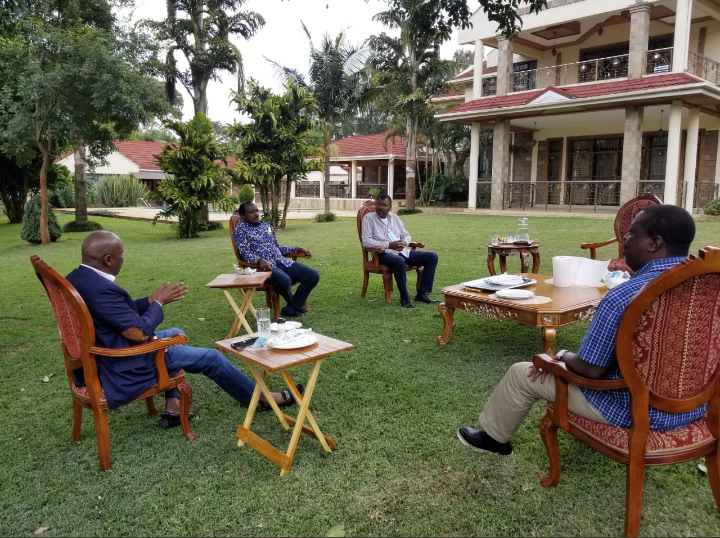 Photo; Meeting of the One Kenya Alliance leaders held today. 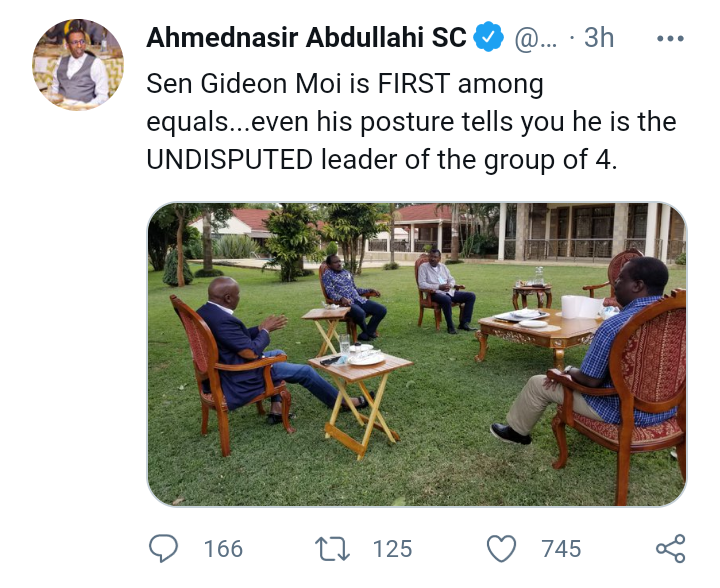 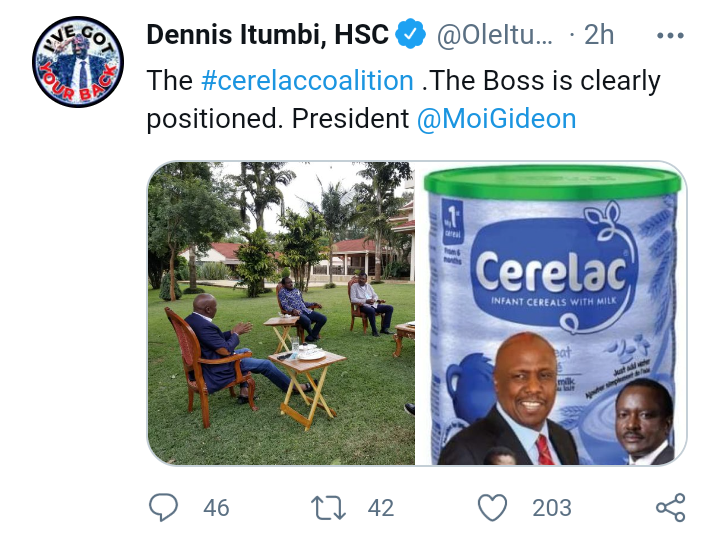 The photos also elicited mixed reactions from netizens. Below are some of their reactions;- 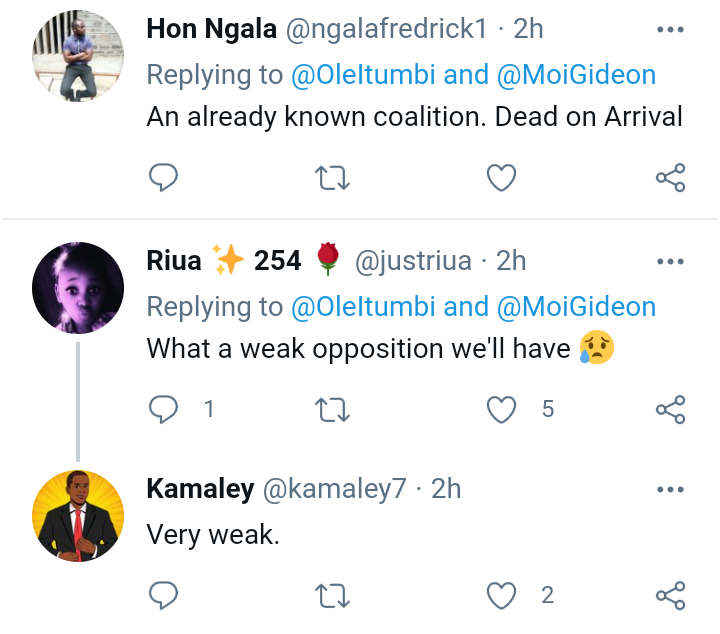 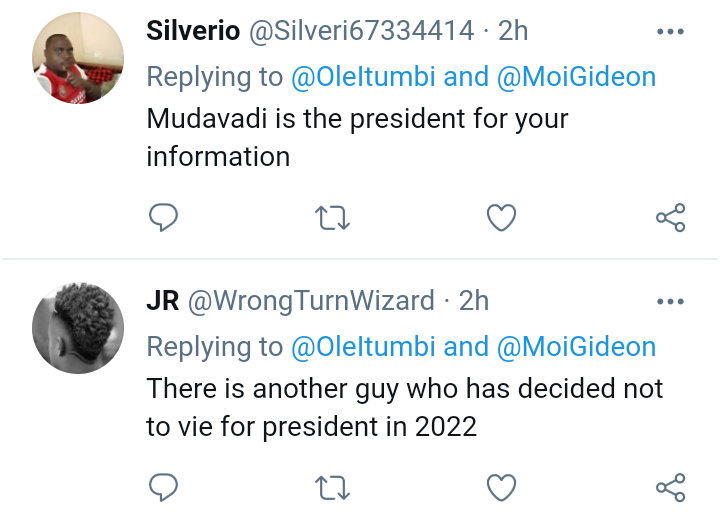 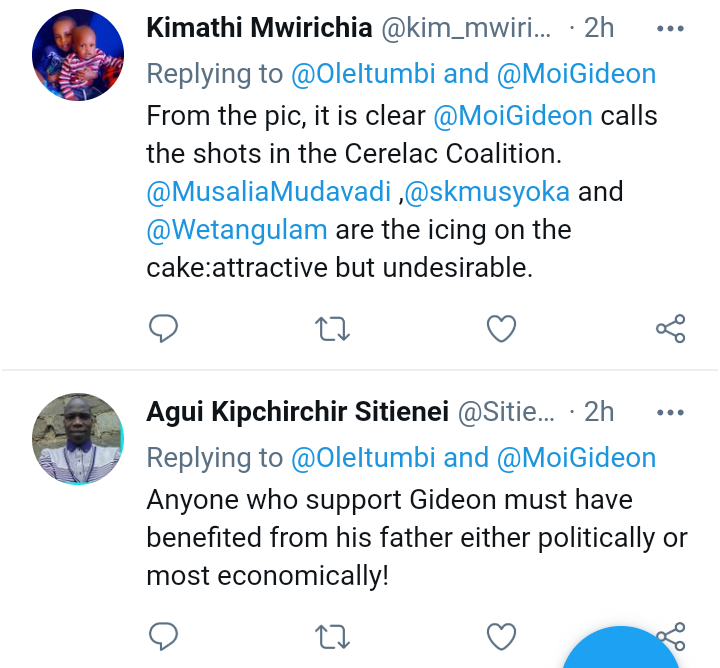 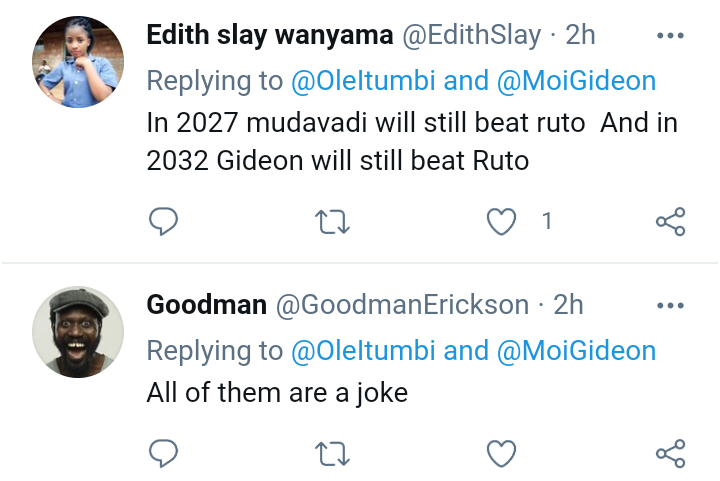 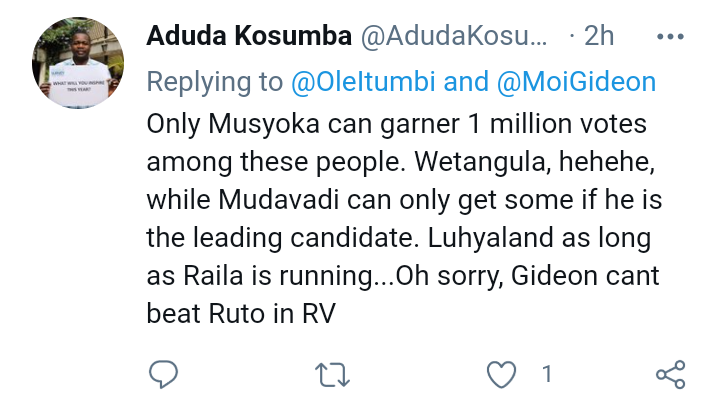