By GlobalTV (self meida writer) | 26 days

The ODM and UDA parties have complained about the harassment of its candidates, agents and supporters in the Bonchari by-elections. Speaking after voting, ODM candidate, Pavel Oimeke in particular cited the high level of security officials that they were among the tactics to oppress them while his agents were arrested. 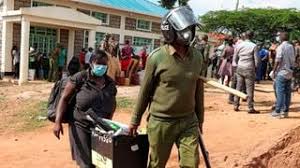 That is happening as ODM senior officials including Secretary General Edwin Sifuna and Kisii Female Representative Janet Ongera failed to arrive at the polling station for fear of being arrested after being harassed by police officers. The ODM party has also reported the arrest of Ward Representative who is also an agent by the name of Risper Kemunto.

Treasurer Timothy Bosire, who has also complained of harassment, has been at a restaurant where it has been reported that there have been several attempts to arrest him. 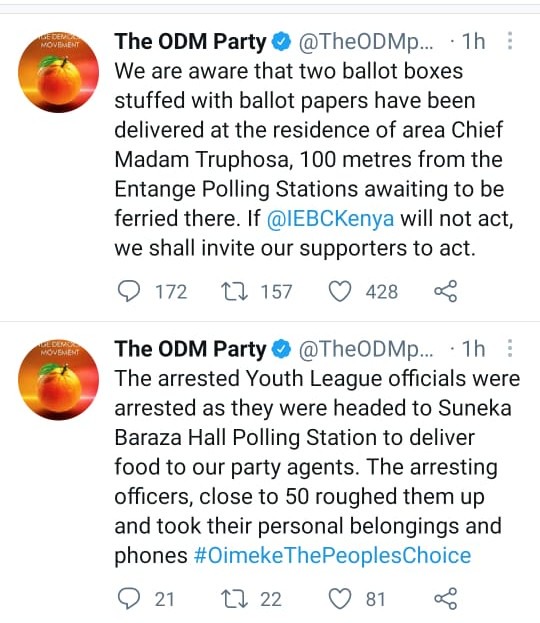 The owner of the restaurant and Kisii County Secretary Patrick Lumumba has been arrested. Earlier UDA candidate Teresia Oyioka also complained about the arrest of her supporters.

Earlier, a man was also arrested for allegedly bribing voters. Nereah Oktech is an ODM agent. 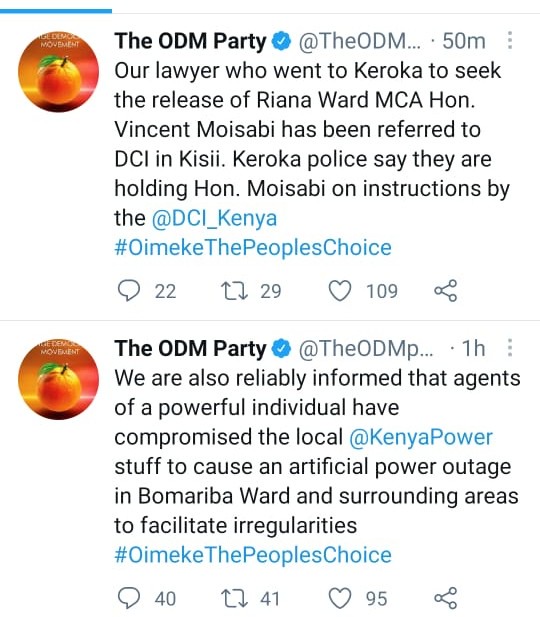 However, Jubilee candidate Zebeoh Opore has distanced himself from allegations of favoritism, saying it is fair for the Jubilee leadership to support him because he is the party's candidate.

"They Are Planning To Split Our Votes," Mt Kenya Politicians Claim