The August General Elections is right around the corner with the various candidates already knowing their fate in the just concluded Elections that was held across the country by the Independent Electoral and Boundaries Commission.

The four troubled Independent Electoral and Boundaries Commissioners, according to Wafula Chebukati, allegedly tried to coerce him into changing the outcome of the presidential election. 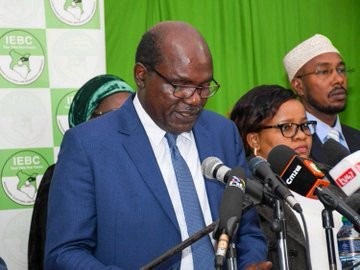 In a statement, he explained that they ultimately decided to leave the Kenyan bomas before the announcement of the presidential elections because he refused to give in to their demands.

"The four Commissioners demanded that the Chairperson moderate the results for the purpose of forcing an election Re-run contrary to their oath of office during a briefing meeting held on August 15, 2022 at around 3:00 pm before the final declaration of the Presidential Election results," Chebukati said.

In response, he said, "The Chairperson refused to succumb to this illegal and unconstitutional demand and proceeded to declare the results of the Presidential Election as received from the polling places and included in Form 34A, in line with the law." 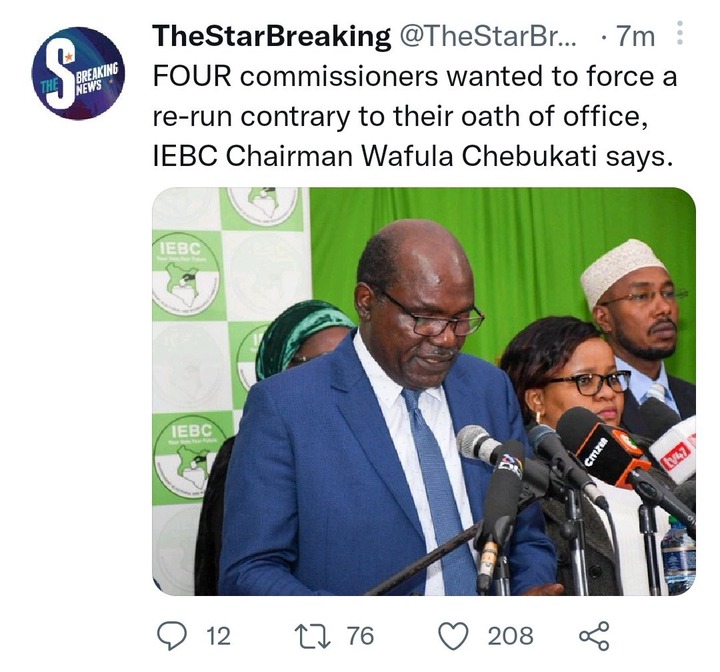 This occurs just days after the four commissioners of Kenya's electoral body, the IEBC, rejected the chairperson's Monday announcement of the presidential election results.

Photo: Major Operation Starts in Turkana To Flash Out The Bandits

DJ Evolve Has Given Fans A Reason To Smile After He Was Spotted Doing This.