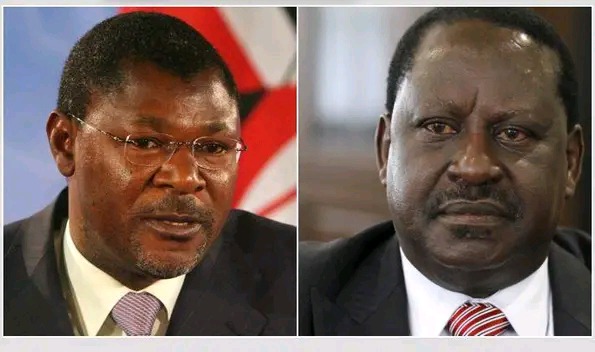 One of these casualties is immediate former Kanduyi MP Wafula Wamunyinyi, who at the time was one of the longest serving legislators in the country.

In Parliament for 20 years, Wamunyinyi was one of the veteran parliamentarians in the country until his long stint in Parliament was brought to an end during the August 9 general election.

For long, Wamunyinyi was considered a protege of Bungoma Senator and Ford Kenya party leader Moses Wetangula. However, in 2020, after the failed ouster of Wetangula as the party boss, Wamunyinyi's fate as Kanduyi MP was sealed.

With the outgoing Defence Cabinet Secretary Eugene Wamalwa as their patron, DAP-K was tipped to be a political force to end Ford Kenya's Western Kenya dominance.

With DAP-K backing Raila's presidential bid, Wetangula was ready to face his rivals head-on in his bid to stamp his authority in Bungoma politics

But come the August 9 general election, Wamunyinyi was one of the biggest political casualties of the Ford Kenya tsunami in Bungoma. The now DAP-K party leader was trounced by a Ford Kenya party candidate. His 20 year stint in Parliament has suddenly come to an end.

We are Sorry, Museveni Apologizes to Kenya Over his Son's Reckless Tweet About Capturing Nairobi

President Museveni Asks all Kenyans to Do this, a Day After His Son Remarks About Capturing Nairobi