By EdenMoses (self media writer) | 12 days ago

The ODM leader who is also the former Prime minister of the republic of Kenya Raila Odinga addressed his supporters in Nyando Constituency on October 8 2021 concerning his motive for the coming general elections year 2022.

The very important part of it:

The ODM leader Raila odinga urged his supporters to prepare adequately and have the necessary requirements for the August 9 2022 General Elections by coming out and registering as voters in huge numbers. This will make his motive smell success.

Hon Raila Amollo Odinga however insisted that the low turnout for voter registration may cause him opting out of the presidential race in the coming elections.

The former Prime minister Raila Odinga will announce his stand on whether he will be running for presidency at the end of this month. So we can wait for his verdict. 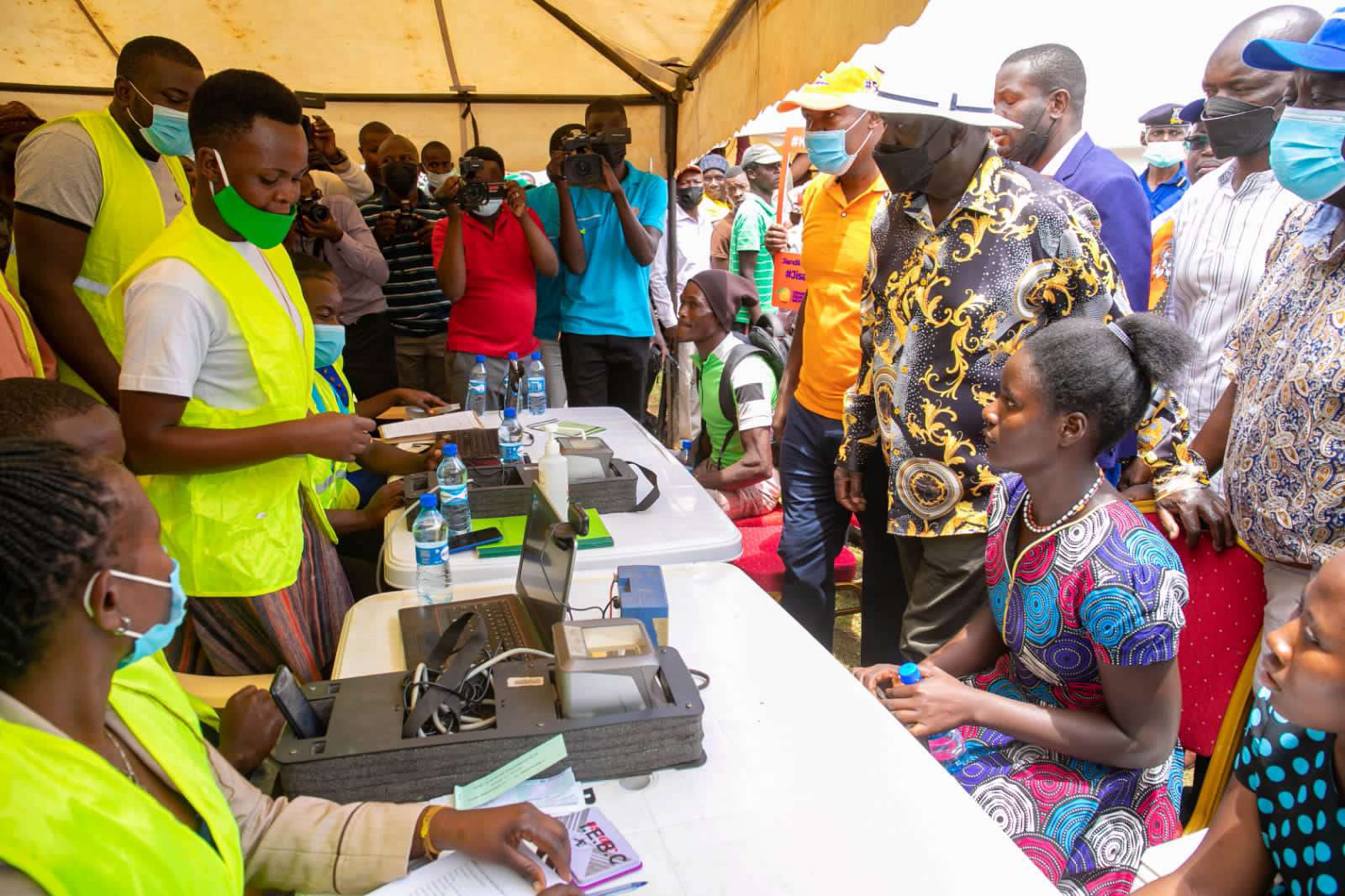 Addressing the people in Nyando, Kisumu and Luanda in Vihiga yesterday, The former Prime minister made it clear that his decision to contest for the coming general elections will be determined by the outcome of the ongoing voter registration process which ends this month even as he emphasized on the low registration turnout in his support bases.

In the process of expressing his preparedness to compete against The deputy president William Ruto, The former Prime minister said that the low voter turnout for registration may cause him to make a drastic decision which could lead to opting out of the presidential race.

" You must all get your shield and spear for me to be able to have a strong command against our opponents, " said the ODM leader Raila odinga who not only called his supporters to prepare for the August 9th General Election by acquiring national ID cards and registering as voters in large numbers but also emphasized on the need to stick together as a team, embrace unity and remain patient.

" For me to be able to face my opponents for the top seat, I need to have a strong army behind me, " he emphasized.

The ODM leader repeated the similar remarks to supporters in Luanda later in the day where he declared that he is aiming to make his presidential race declaration at the end of the month after he gets moved by the voter registration strength in his support bases. 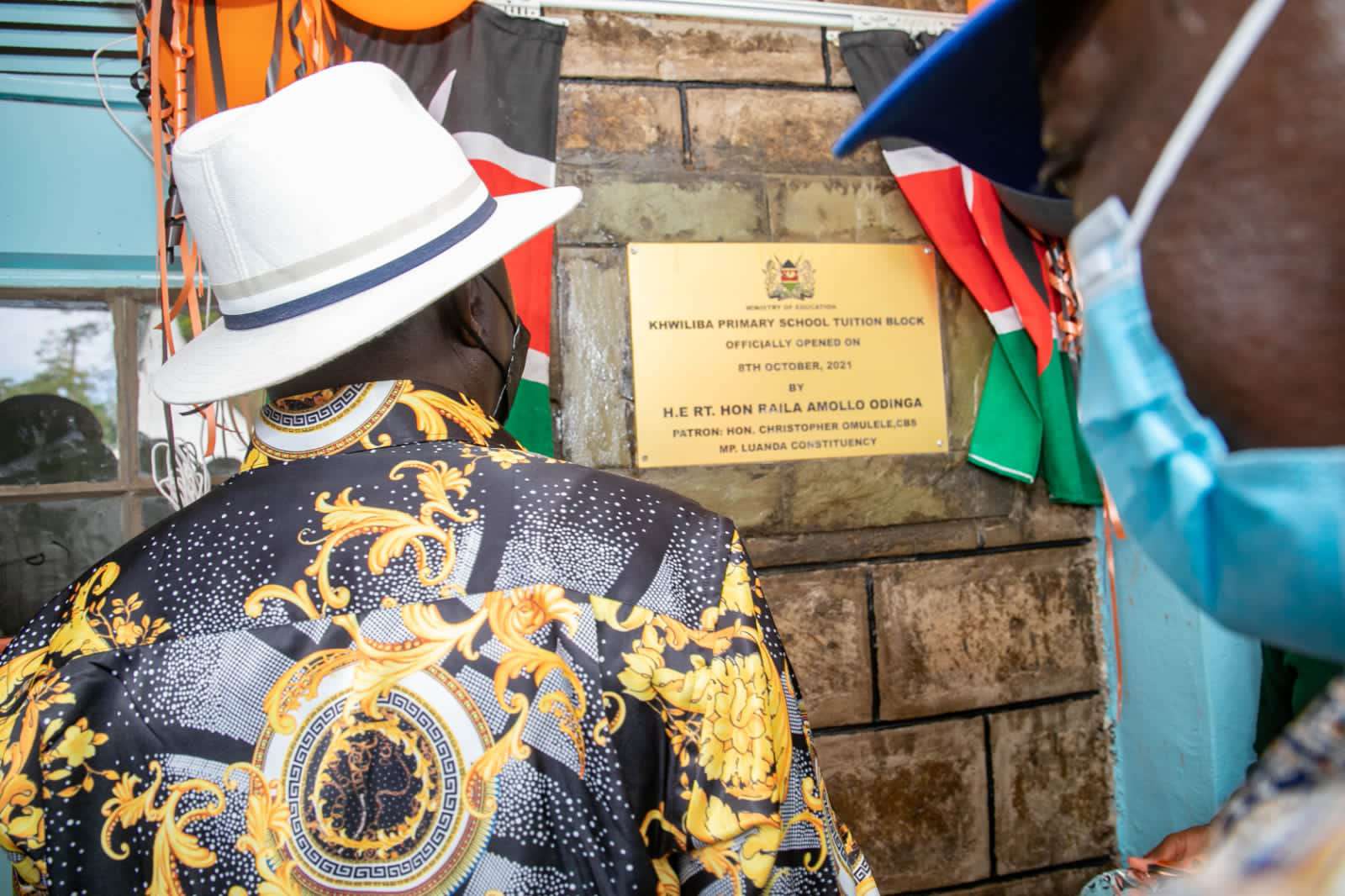 " I have said I will make my decision to run for the presidency at the end of the month. But my supporters should arm themselves with voters' cards. I will declare after I have seen how people have registered, " said Raila Odinga in Luanda being accompanied with host leaders who are playing a major role in his presidential race interest.

Due to some reasons, The former Prime minister who is of lately driving and working with the president of the republic of Kenya Uhuru Kenyatta through the handshake he has been reluctant to declare his stand on the same.

On his visit for the two supportive counties, the Former Prime minister urged the youth who are 18 years of age to reveal themselves and do the registration.

" I am not happy because young people in this region are very reluctant to register as voters while those from other regions are beating us, " he said this during the shaking ceremony of the proposed Raila Odinga Secondary School in Nyando which is being financed by China Construction Third Engineering Bureau Company Ltd. 1. 2 million new voters are expected to register to vote before the end of the registration exercise.

The former Prime minister Raila Odinga also proceeded to Vihiga county the home of ANC leader Musalia Mudavadi to urge the public to submit themselves in the registration process as well.

He dismissed those who had written him off saying he still has the strength, ability and the capacity to succeed over leadership after the depart of the President Uhuru Kenyatta who is almost completing his second and final term in the state office. 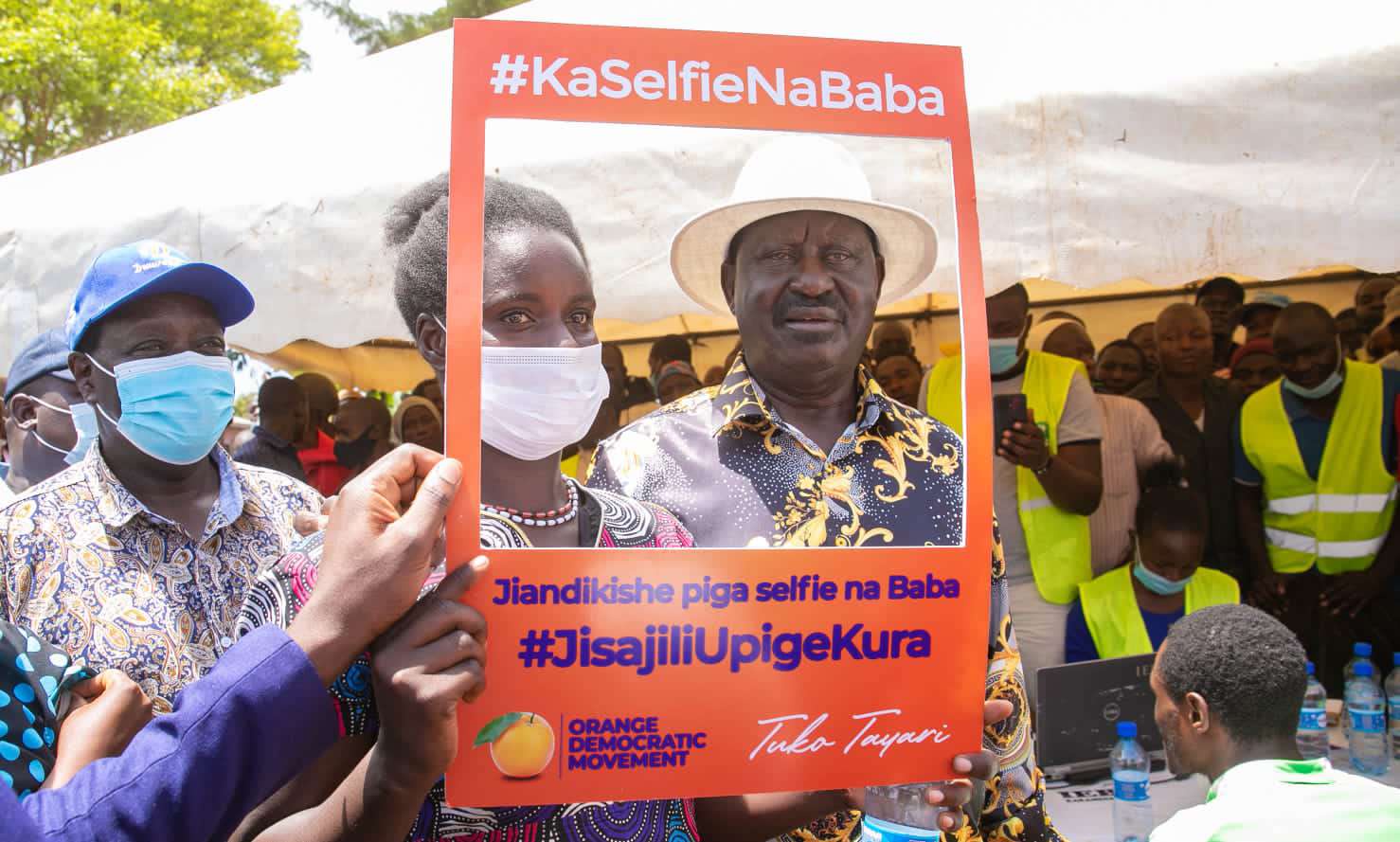 The ODM secretary- general Sifuna said that for Raila Odinga to be successful in his political desire, leaders supporting him should not to be confused by the local politics but put their concentration on Raila Odinga' s presidential race campaign.

Sifuna said that there are many other leaders from the community who are readily interested in the top president seat but called on Western people to give Raila Odinga support and stand by him. He also added that the community wants to directly engage with Raila Odinga and avoid backbiting him. The other leaders who attended the meeting alsocalled for increased voter registration in the region. 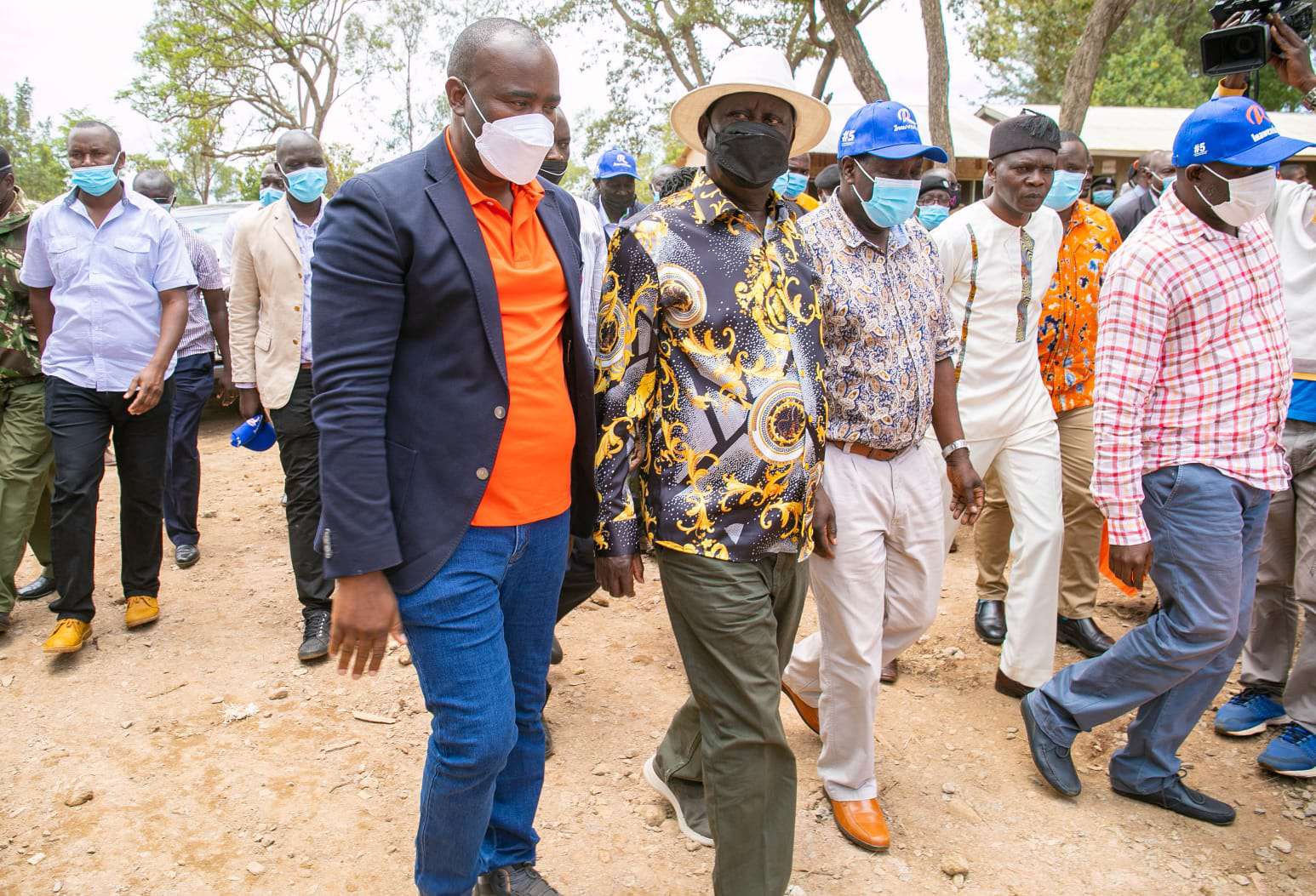 At one of the registration centres at Khwiliba Primary School in Luanda, RailaOdinga said he had seen only two BVR kits therefore He called on IEBC to increase the number of the kits to boost the efficiency of voter registration. The former Prime Minister also went through some of the agendas he has for the country which are:

2. improving the education levels as well as the status of teachers.

rural industrialization: " This will help address the rate of unemployment and boost economic development at the grassroots, " he said.

Raila odinga also warned against voting in leaders with corruption minds stating that the money they are giving out to groups of individuals and churches are meant to confuse voters to vote in a way which is under manipulation.

Content created and supplied by: EdenMoses (via Opera News )

Nairobi Set To Officially Have A New Governor, Court Of Appeal Judges Rule