By Jakorayo (self media writer) | 2 months ago

Kenyans who were looking ahead for the upcoming Jubilee party National Delegates Conference, which was set to occur on 30th this month might be disappointed, going by the revelation made by Nyeri Township Member of Parliament. 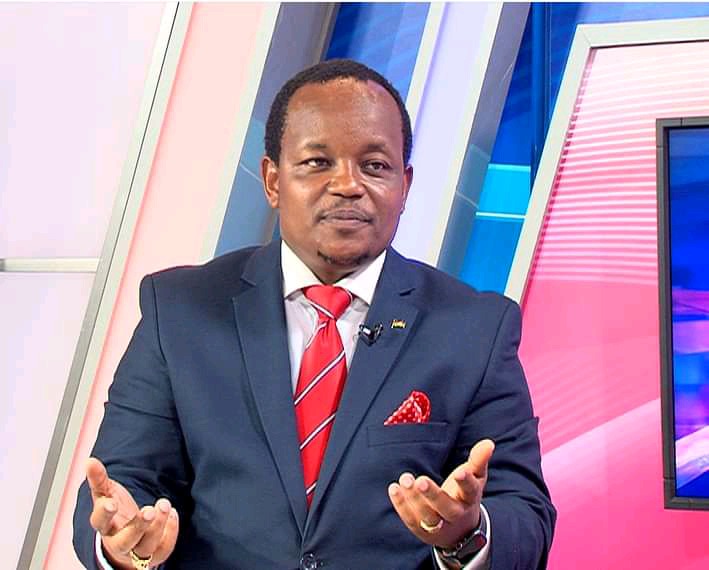 According to statement by the vocal Legislator, the much awaited conference have been pushed forward citing two reasons for cancelation. It is on the same date that President Kenyatta will present this year's state of the nation address from Parliament building making it impossible to carry on with the NDC at the same.

The Parliament has also been noted to have numerous bills which needs to be cleared before the Members breaks for recess on 2nd December. Therefore, the planned delegation will occur anytime after the two conditions shall have been met. 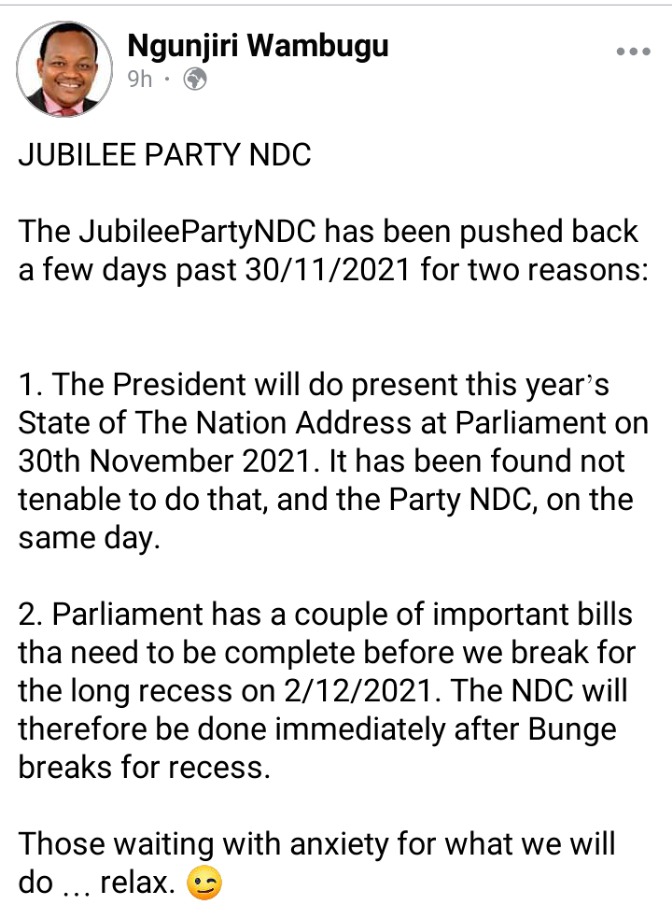 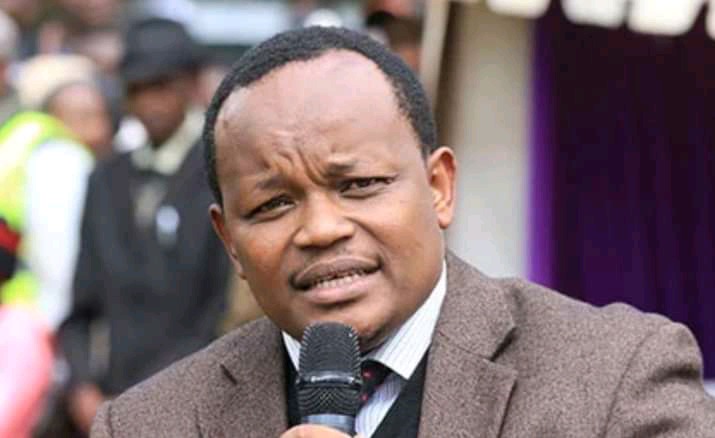 The news for the cancelation of NDC was first broken by the hustler nation spokesperson Dennis Itumbi who stated that President Kenyatta had called off the event for failure by the planners to involve him. This raises much questions if another differences is arising from the Jubilee.

Majority of the Citizens saw this sudden change of event as a recipe for another political betrayal. This comes few hours after the National Assembly Speaker Hon Justin Muturi also cleared the air saying President Kenyatta had told him on three occasions that handshake was meant to send both him and Raila Odinga home.