By Omugajunior (self meida writer) | 29 days 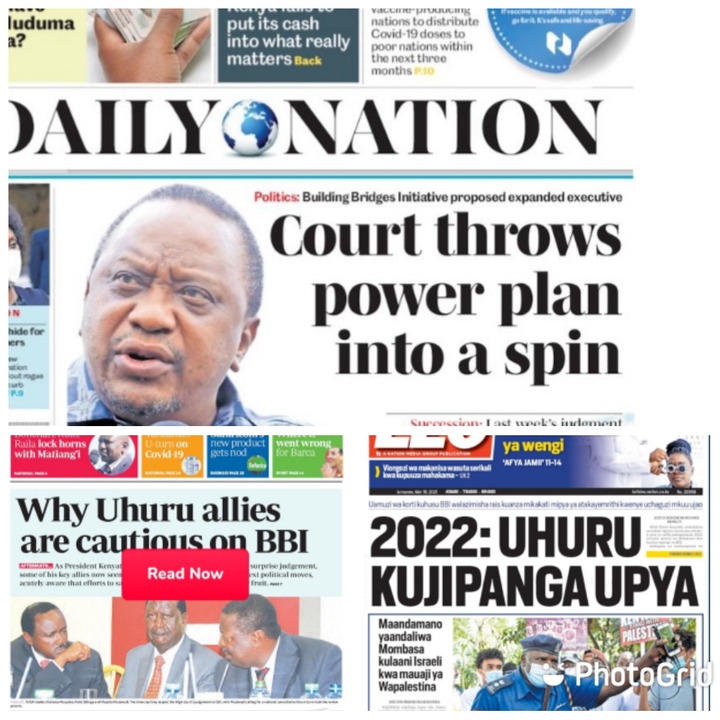 The publication speaks on how court ruling had scuttled the on how the Building Bridges Initiative (BBI) Bill supporters had planed to share power.

The 2020 Constitution Amendment Bill had proposed expanded executive that will create the position of the Prime Minister, his two deputies as well cabinet appointment to the Mps. The positions created could see the presidential flagbearers and their running mates atleast get a position.

However, court ruling on Thursday last week declaring the 2020 Constitution Amendment Bill null and void has scuttled a deal of the anticipated supper Alliance who had thought to get a position in the expanded executive. 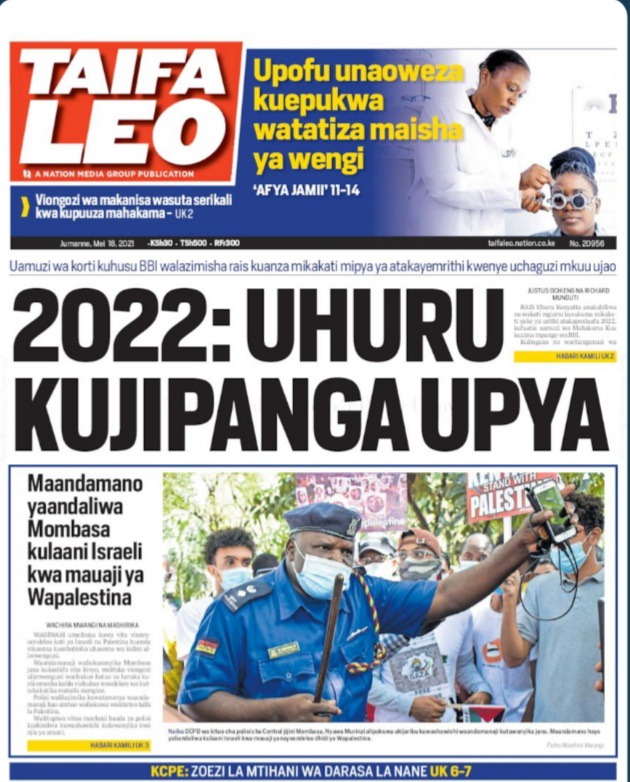 The Newspaper speaks on president Uhuru Kenyatta's new plan on his succession politics.

According to the publication, the High Court Judge ruling to the Building Bridges Initiative (BBI) Bill has forced Uhuru to start a new plan to search on who will succeed him come 2022 when he retires from office.

Uhuru had brought together most regional kingpins together hoping to award each a position in the expanded executive,however court ruling that BBI Bill is null and void has given him a challenge since the executive will remain with few slots. 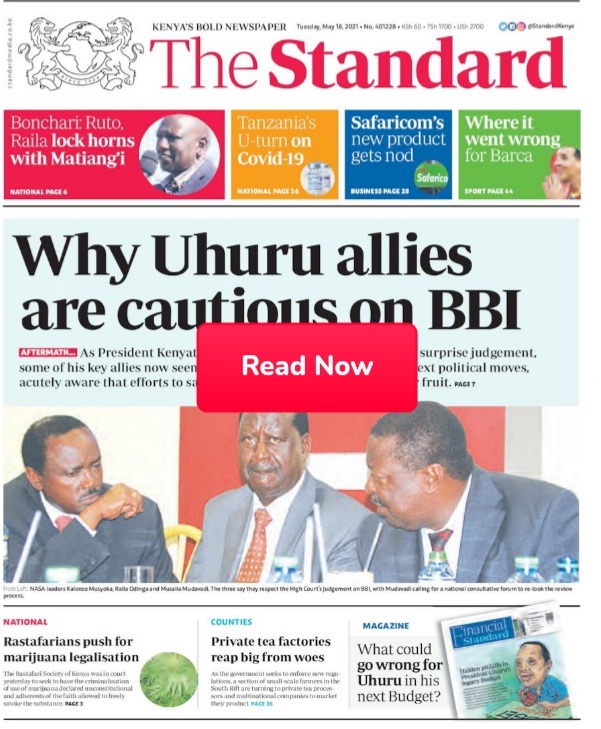 The publication speaks on why Uhuru allies are cautious on BBI.