Anxiety As UhuRuto And Raila Are Set To Meet This Month For A Major Occasion. 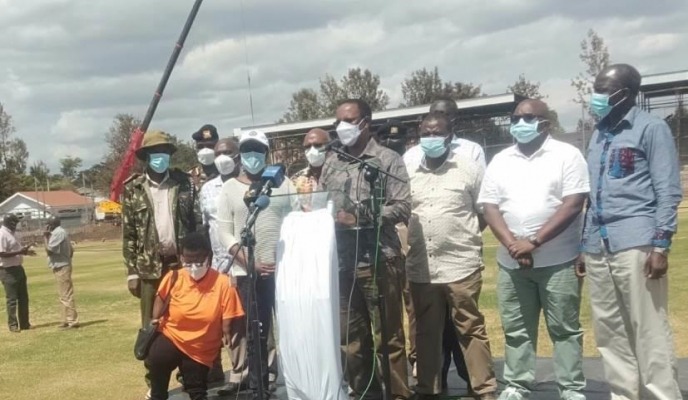 Its October 1, ten months to next year's general election when president uhuru Kenyatta is likely to leave office.

Unlike his predecessor Mwai Kibaki who went home quietly, president Uhuru is keen on who takes over from him.

Having pleaded with one kenya Alliance leaders to back Raila aggainst his Deputy to no avail, Uhuru seems determined to handover power to Raila having fallen out with his principal assistant.

Dp William Ruto on the other hand has always Stated that he doesn't want anyone's endorsement opting to talk to the people directly while he hosts Various delegations at his Caren residence.

The rift between Uhuru and his DP has been widening to the extent that even efforts by the members of the clergy to unite them haven't been successful.

The two rarely meet nowadays except during public functions afterwhich they return to their respective camps where they occasionally criticise each other.

Now, on October 20 this year, the two former brothers that Kibaki fondly referred to as the 'dynamic duo' are likely to meet in Mwea during mashujaa day celebrations.

This will be the first time they will be meeting since they last met in Kisumu on June 1 for madaraka day celebrations. 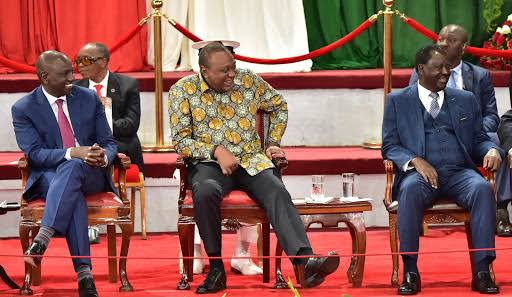 DP Ruto, president Uhuru and Raila in a past function.

It will also be the first time they will be meeting since Uhuru started showing clear indications that he would support Raila Odinga in 2022 which is a departure from his earlier promise of backing his Deputy.

Kenyans will be keen to hear what the two will say in front of other leaders like ODM Leader Raila Odinga who is expected to attend.

During madaraka day celebrations, Uhuru allowed Raila to address the congregation after Ruto to the bemusement of the locals who turned out in large numbers despite the Covid-19 fears.

The organizers of this year's event led by interior PS Dr Karanja Kibicho will be holding rehearsals from October 5 to ascertain the suitability of the venue to host the event.

Will Uhuru breach protocol again on October 20 and allow Raila to speak after the DP? Feel free to share your thoughts and comments on this on our comments platform.

Kisii: Slum Market in CBD Operating Without Lights and Toilets

Woman Found Murdered In Her House This Morning at Changamwe, Mombasa

'I Don't Watch Or Own A Tv', Fela From Zora Shows Reveals As He Says Why