Muturi, Duale Exposed After They Vowed to Repeal Taxes Levied on Fuel 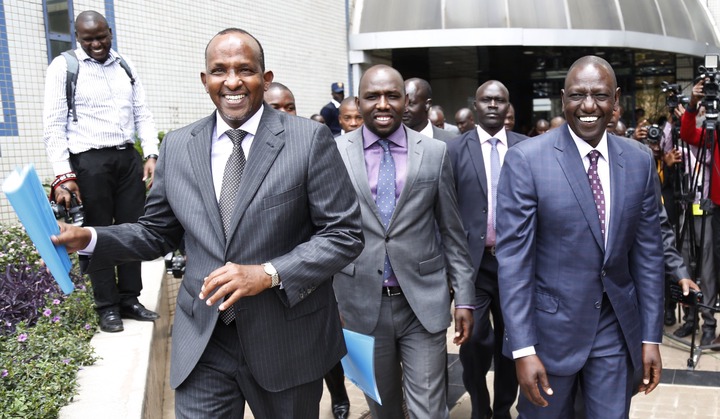 National Assembly Speaker Justin Muturi has rallied the House to amend the law and repeal a tax blamed for rising fuel prices.

It was a stark contrast to three years ago, when MPs booed him for ramming through a vote imposing the levy on petroleum products.

On September 20, 2018, the government side pushed through the President's memorandum imposing an eight percent VAT on petroleum products, which MPs now want to repeal in response to public outrage. 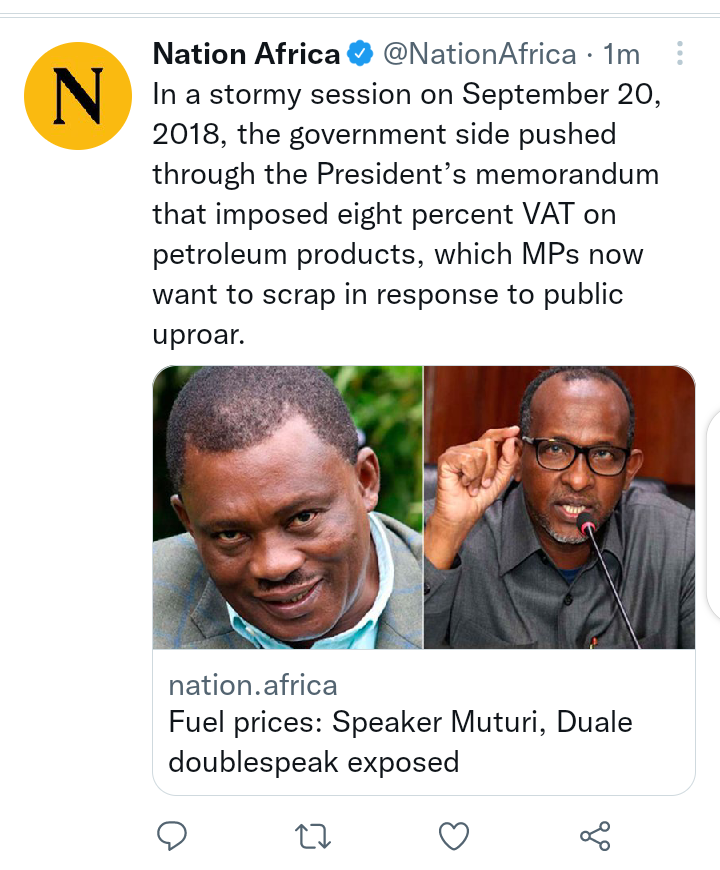 The House proceedings in 2018 exposed MPs' doublespeak. Aden Duale (Garissa Township), for example, who is now on the front lines of the fight against fuel price increases, supported the President's decision to impose the 8% VAT.

Mr Duale, the majority leader at the time, was even accused of orchestrating a walkout by a group of legislators in order to deny the House the 233 votes required to overturn the President's memorandum.

Mr Muturi had to return to the chamber to restore order during the chaotic session presided over by Soipan Tuya (Narok woman representative), in which MPs who wanted the tax to be zero-rated protested Mr Duale's move to scuttle the opposition.

The President's memorandum prevailed because there were only 215 members in the House, according to a headcount. The House erupted in chants of, "Muturi must go!" Muturi must leave!' and "Bado mapambano!"

Speaker Muturi, undeterred, declared that this was what the Standing Order required, and the attempt to amend the Finance Act to repeal the VAT was defeated.

The 2018 session was markedly different from Tuesday's proceedings, when MPs sounded unanimous that the fuel tax that had divided them three years ago had to go in order to protect the public from the harsh economic times.

Suspect Behind The Brutal Murder Of His Wife Finally Surrenders Himself To Police Station, DCI Says