By NZAMWA (self media writer) | 2 months ago 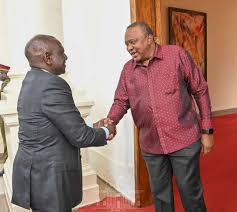 Uhuru Kenyatta is the immediate retired incumbent president of the Republic of Kenya. He is a Kenyan politician from Gatundu South Constituency in the vote rich Mt Kenya region. He served as the president for two terms. He was first elected in the State House during the 2013 general elections and subsequently re-elected again during the hotly contested 2017 general elections.

Anxiety is high in the country as the retired incumbent president Uhuru Kenyatta's next move is publicly revealed. According to Kenyans.co.ke, former president Uhuru Kenyatta will chair the East Africa Community meeting on Peace Talks in the Eastern Democratic Republic of Congo on November, 28 in Nairobi. The former president has been the emesery of peace in the East Africa region and he played a significant role in the cease fire between the Ethiopian government and the Trigay TPLF soldiers.

"Uhuru set to chair the East Africa Community meeting on Peace Talks in the Eastern Democratic Republic of Congo on November, 28 in Nairobi." Tweeted by Kenyans.co.ke 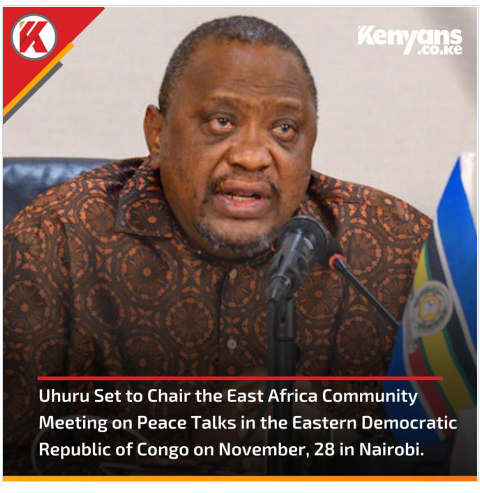