Kenyans were amazed after the deputy president Dr William Ruto managed to bring together the two Kirinyaga gubernatorial hopefuls Wangui Ngirici and her counterpart Anne Waiguru. According to political commentators on Twitter, Ruto had visited the county to specifically address the differences between these two leaders, after a weak of hithat attacks against each other. 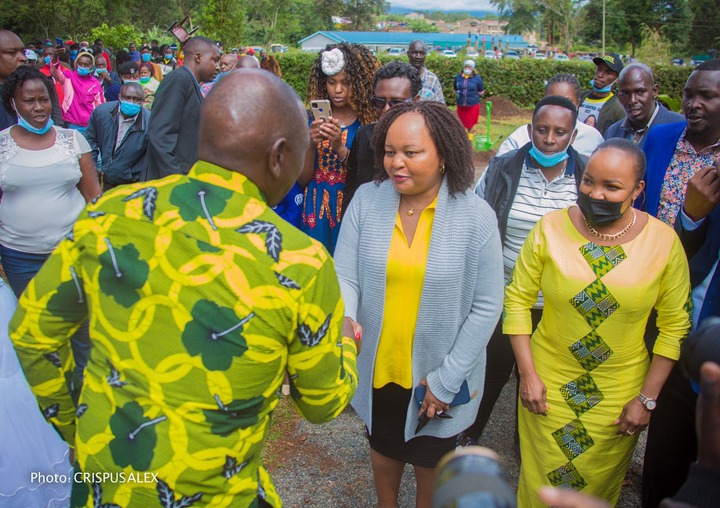 While speaking at a church service, the second in command stated that he has no intentions of influencing the Kirinyaga vote. According to him, endorsing a candidate would play foul on the democratic rights of kenyans in the county, hence the next governor of Kirinyaga will be elected by residents.

Dirty politics however rolled out as soon as the brigade hit the road for rallies. When the incumbent governor Anne Waiguru stood up to speak during the Kagio rally, she was hit by a surprise hostility after residents chanted her away.

Kagio residents who were just from cheerfully listening to Wangui Ngirici lifted their placards as they booed Anne Waiguru. Ruto stood helplessly as he waited for Waiguru to finish her speech and hand over to the next speaker. 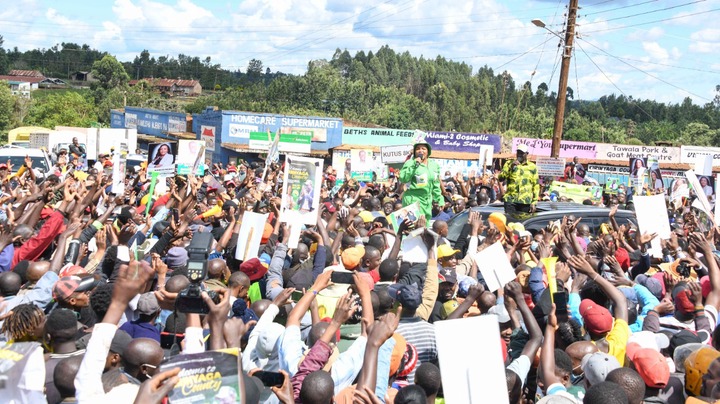 The same had happened moments before the Kagio rally where Hon Ngirici faced a hard storm of resistance in the Kutus rally. The deputy president tried calming the residents of Kutu but to no avail, until Ngirici surrendered and gave the microphone back to his boss.

"Tafadhali, tafadhalini. Tutulie watu wa Kirinyaga." the deputy president pleaded as the hard skinned Ngirici continued with her speech which she later cut short when the hostility persisted.