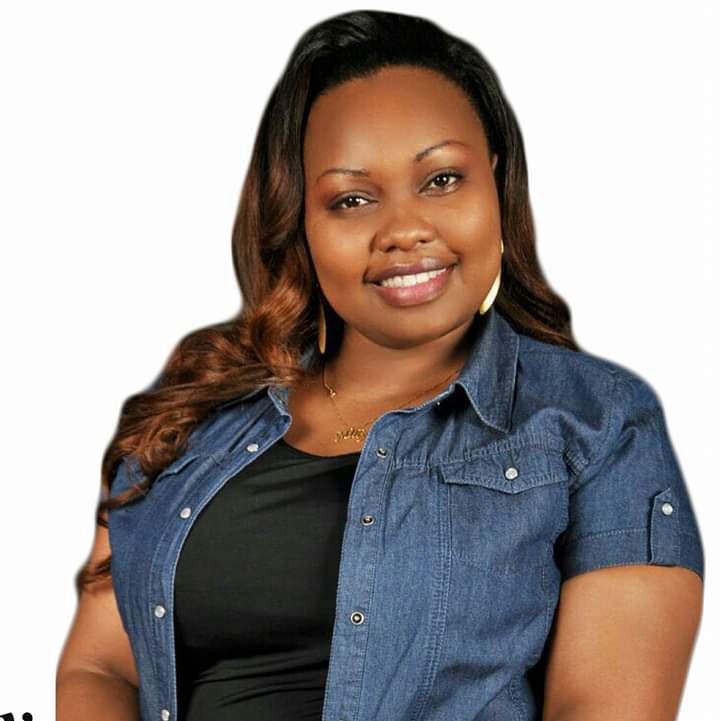 Through her official Facebook Omanga said this will empower them financially to start their own businesses.

"Deputy president's intention is to lift sex workers from the bondage of the nature of their work so that they can start and run businesses that uplift their dignity and social wellbeing. I'm delighted that his pronouncement in Kibwezi has ignited a national discourse.#MamaMiradi #MamaKanairo," wrote the nominated Senator through her Facebook page. 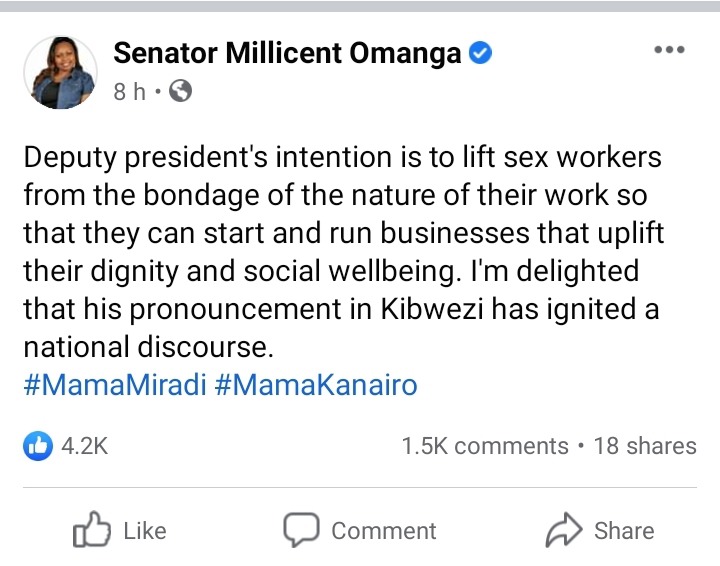 This comes after the deputy president William Ruto while on his tour in Kibwezi called on sex workers rondo Sacco's so thta he can give them one million shillings.

This brought mixed reactions where others criticized him while others supported him.

Kevin WN wrote "Whilst your English is quite good, please understand that prostitution is as old as human race and cannot, and will not be eliminated by a wheelbarrow presidency,"

Langat Benn says "Everyone, irrespective of what they do, deserve respect! Before we are rich, poor, black or white, we are all humans,"

Enaf Napps "On this, I support him for acknowledging their presence coz the society keep on demonizing them as if they're not humans. I'm sure many or some of them,given an opportunity, they can redeem themselves,"

Diana Anyango wrote "Uda slogan is kazi ni kazi and he is even encouraging them to get into saccos to make their hustle legit.. I guess he wants them to register themselves so that they can start paying tax, "

Oguda Surprised By Malala's Bravery & How He Lectured Kalonzo Musyoka As He Kept His Cool.

The Best Way to Prevent Pregnancy Apart from Using Condoms