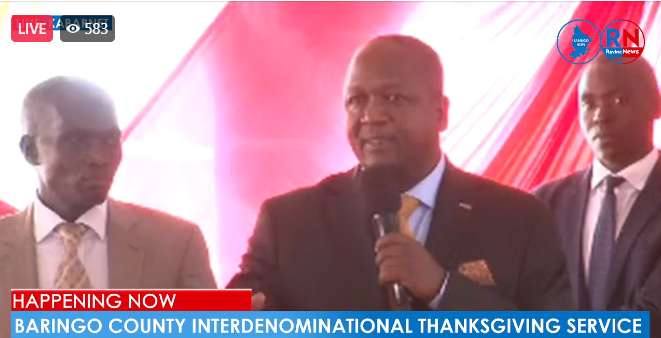 A section of Baringo County MPs took on each other in front of President William Ruto during Sunday Service at Kabarnet ASK Showgrounds in Baringo county.

This was after the Kanu and Tiaty MP William Kamket, who had accompanied Ruto to the county, urged on the government to help in getting rid of roadblocks in his Tiaty constituency erected by security officers as one way of hunting down the bandits.

He said such roadblocks had affected business in the constituency, saying officers should instead, be sent to the bushes to flush out the bandits.

"I thank Ruto because you have brought me to church. The other camp I was in did not go to church so mkiona nauma ulimi nikingangana na tenzi, sio kupenda kwangu nilikua nimepotea njia. Thank you for welcoming me to your government,"

"I welcome you to Tiaty and I have a good choir there so that we bring them back to the government. There are no bandits at roadblocks, they are in the forest, kindly assist us to get security in the interior parts to help in disarmament, citizens want to do business and these roadblocks have caused challenges" stated Kamket 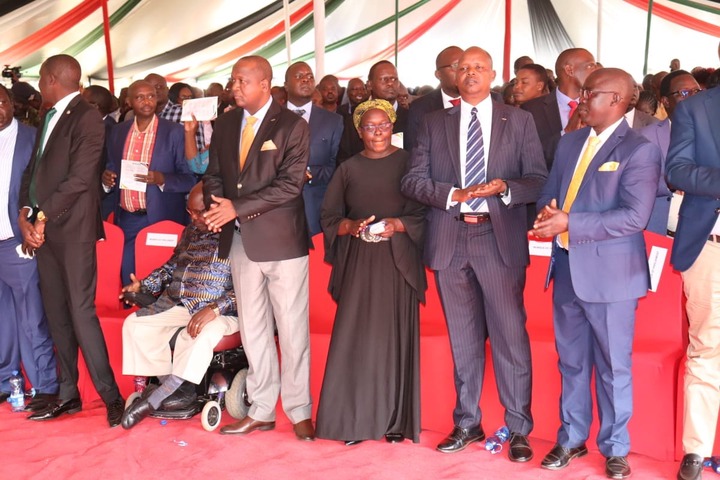 However, his remarks were countered by Baringo South MP Charles Kamuren who accused Kamket of allegedly having a hand in the attacks. He said they welcome him to Kenya Kwanza but should come out to help the government in tracking down bandits because he knows them well.

"My Baringo South people have been suffering for 20 years under cattle rustling. Even if my brother Kamket has got saved today, I pray that he helps in taking back his people so that we can have peace among my Baringo south people," stated Kamuren 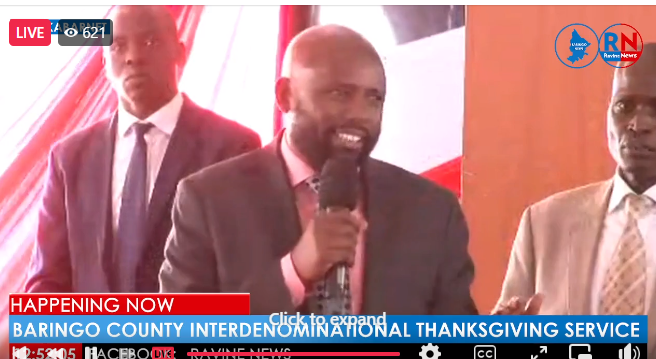 Kamuren's sentiments were supported by Baringo County Woman Representative who took on Kamket over alleged connections to the banditry activities.

Chemutai, who has been at loggerheads with Kamket welcomed him to Ruto's camp saying he is the right person to bring cattle rustling activities to an end because he allegedly knows them well.

"Ule mwenzetu amekuja baadae kwa serikali atatusaidia kumaliza hii kitu kwa sababu anajua bandits wako wapi, we have no ill-intentions against him but he should know that families have been broken due to cattle rustling," stated MP Chemutai 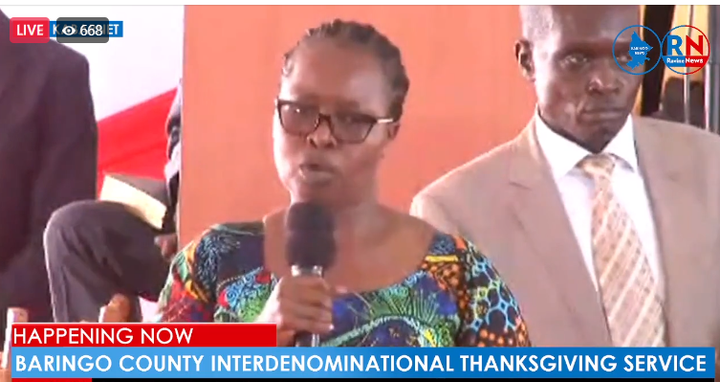