UDA Speaks After Nomination Materials Were Burnt in Embu, Sends Murkomen to Contain The Situation

By Ressie (self media writer) | 5 months ago 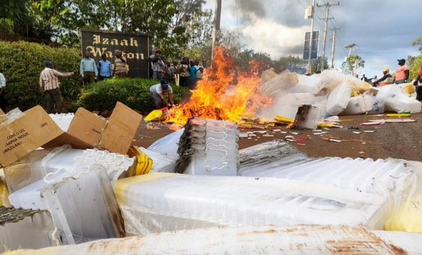 The United Democratic Alliance (UDA) as condemned the incident in Embu Town, where nomination papers and boxes where set on fire on the eve of the nomination exercise, after the lorry that was ferrying them was raided.

In a statement, the party's National Election Board led by chairman Antony Mwaura and the Party's Secretary general Veronica Maina disclosed that investigations have started, and any of the aspirants who will be found capable of the same will be disqualified.

The Board added that it had spoken to key aspirants who are eyeing positions in the county led by Cecily Mbarire, Norman Nyaga and also John Muchiri to ascertain what transpired before, during and after the incident.

The party has also dispatched leaders such as Elegyo Marakwet Senator Kipchumba Murkomen, George Murugara and also Bernard Koros to help contain the situation and ensure that there is calmness and peace.

The board dismissed allegations that the party had already issued direct nominations to aspirants, terming such claims as 'fake news.'

It was reported that the residents burnt the nomination materials after reports that there were plans to rig the votes in the Thursday's nomination exercise in favour of selected few aspirants.

The board and also the party leader Deputy President William Ruto has assured the aspirants of a credible and transparent exercise. 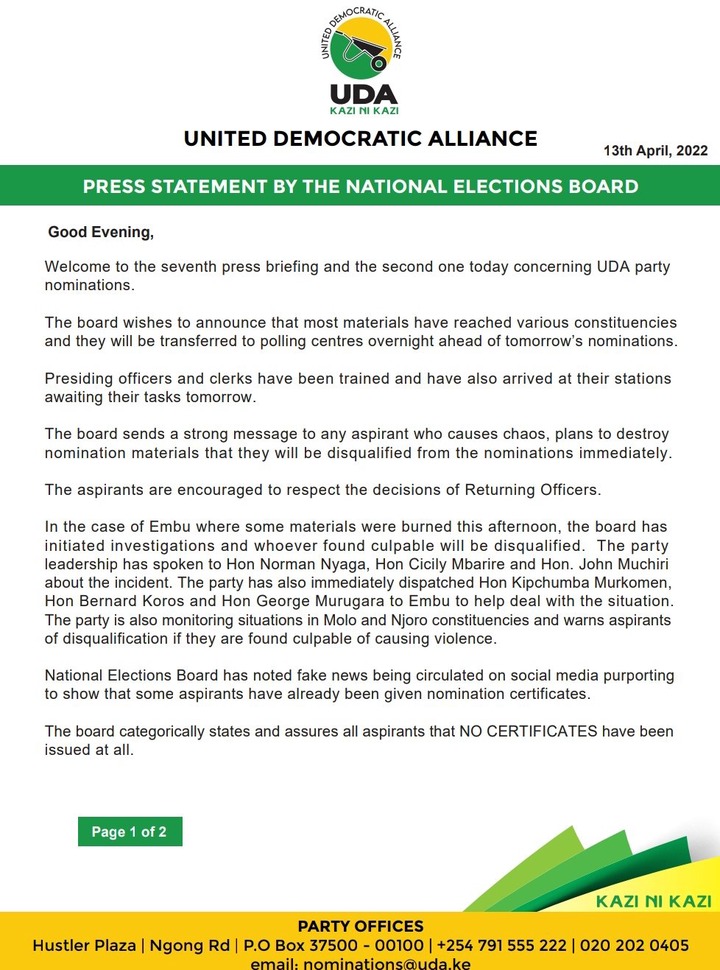