By DavidOmaiko (self media writer) | 1 year ago 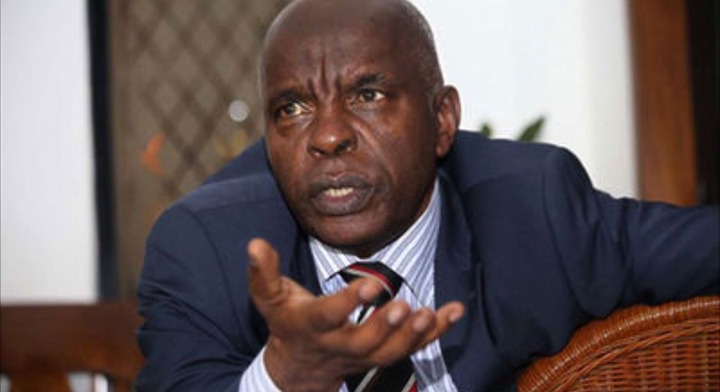 Makueni County governor Kivutha Kibwana has accused Wiper Party leader Kalonzo Muskoka of linking Johnson Muthama to his political trobles and urged him to carry his own cross as a leader.

Kalonzo had a heated argument with former Makueni Senator Johnson Muthama in a funeral for the late Samwel Mutuku Mulu, the Son to Hon. Mulu Mutisya in Machakos County yesterday during the morning hours.

Through his twitter handle, Governor Kibwana accused Kalonzo of his allegations that he was auctioned to hon. Raila Odinga in both 2013 and 2017 general elections by Muthama, adding that Wiper Party Senators have betrayed Kalonzo and he is in a mess. He questioned whether a presidential aspirant like Kalonzo cannot have his own decisions.

"Kalonzo now blames Muthama for auctioning him to Raila in 2013 and 2017.How can a person aspiring to be president not have a Mind of his own? one must face his own failures. His regional Senators have defied him over revenue sharing. Time is up!" Read a tweet from the governor. 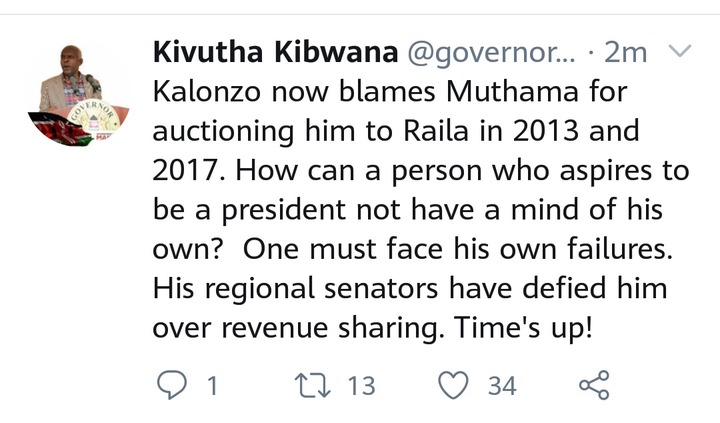 The two pilitical Bigwigs had met face to face just after Muthama hinted on crossing camps to Deputy president William Ruto's faction ahead of the 2022 general elections.

Reports from K24 indicated that Johnson Muthama urged politicians from Makueni to dump the Wiper party and Join the Tangatanga faction so that they can throw their weight behind William Ruto ahead of the 2022 presidential bid something that disappointed Kalonzo.

"I want to tell Kalonzo and those cheering behind him on those cheering him in that presidential campaign are not conducted the same way village politics are held. Those who are serious about presidential ambitions hold huge gatherings in Nairobi, Mombasa and other key regions across Kenya. "Muthama said. 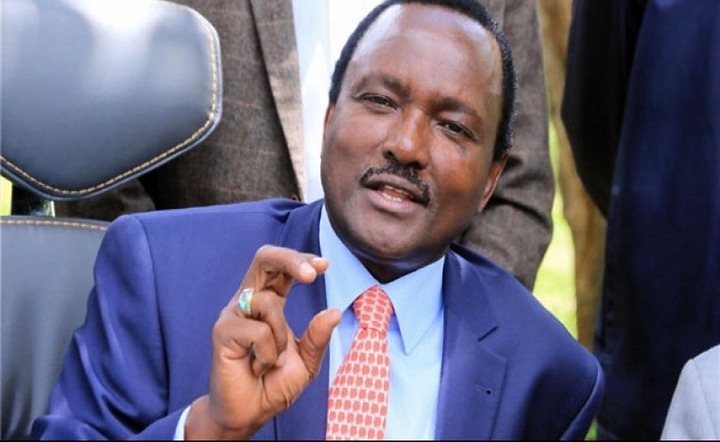 The sentiments aroused the anger of the Wiper party boss who retaliated badly. He linked Muthama to his political downfalls for a record two times, and stated boldly that he would not fall for his bait once more.

" Muthama I wont allow you to mislead me for the third time. You have failed me on two occasions but this time round on matters of national politics, I will go to the Negotiating table alone. Go tell William Ruto I will face off against him in the 2022 presidential election. "Retaliated Kalonzo Musyoka.

It must be remembered that it will not be the first time for Kalonzo to vie for the Presidential elections. He has been linked to Raila Odinga for a couple of times, which saw them merge their political parties in the 2017 general elections to come up with the NASA alliance which was used to face off with the Jubilee alliance.

Content created and supplied by: DavidOmaiko (via Opera News )

Mutula Kilonzo Junior: UDA Will Flounder Without Mt Kenya Even If Ruto Offer His Offerings