How Uhuru Kenyatta Will Handover Power To The Next President

By Jtany-news-Kenya (self media writer) | 1 month ago

Chairman of the committee Joseph Kinyua announced at a news conference at state House that the day of the president-swearing-in elect's ceremony will be designated a holiday. The commission's authority would be used once the president-elect had been properly announced, he stressed. 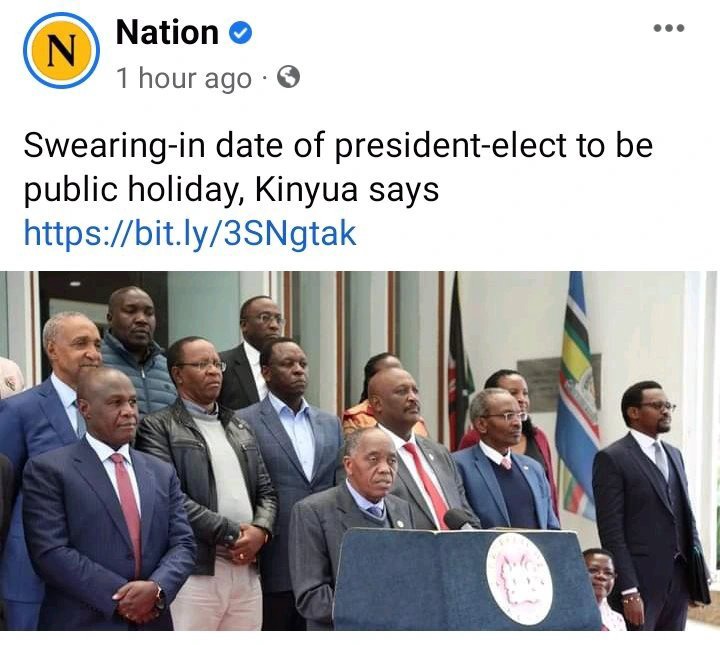 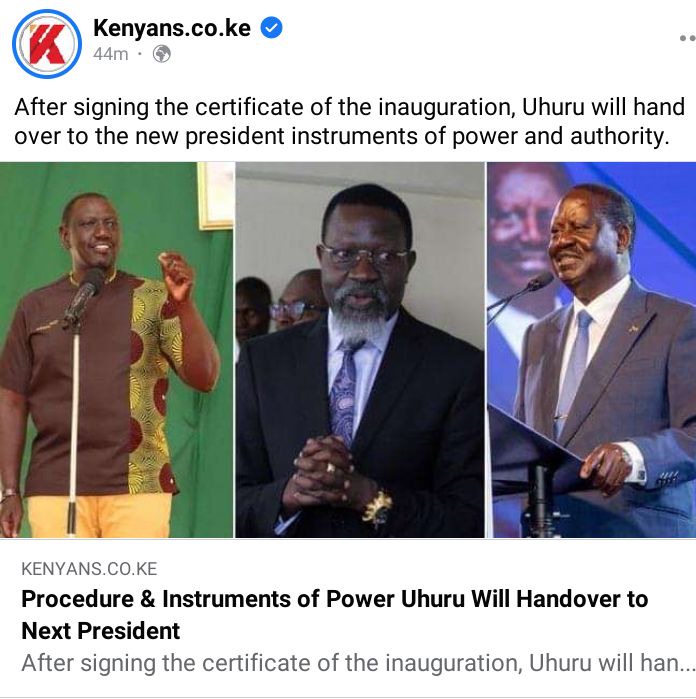 The Assumption of Office Committee will see to it that the president-elect and deputy president-elect receive sufficient security following the announcement of the final results of the presidential election by Wafula Chebukati, chairperson of the Independent Electoral and Boundaries Commission (IEBC). 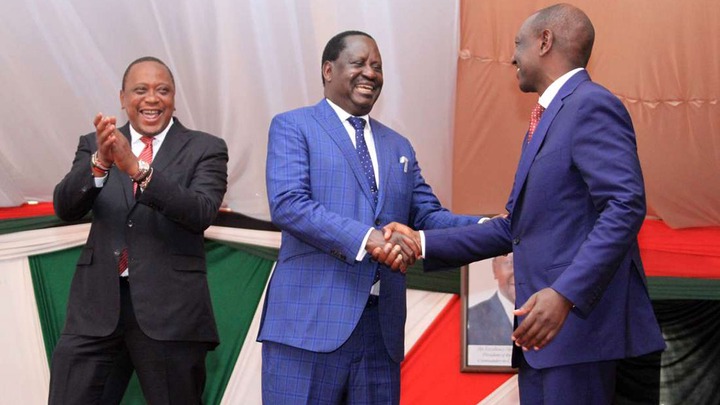 Major General Philip Wachira Kameru, Director of National Intelligence Services, Attorney General Kihara Kariuki, Cabinet Secretary for Interior Fred Matiang'i, Chief of Kenya Defense Forces General Robert Kibochi, and Head of Civil Service Joseph Kinyua are among the prominent members of the committee. The group, which also includes Chief Judiciary Registrar Anne Amadi and Inspector of the National Police Service Hillary Mutyambai, will see to it that the President-elect receives security briefings from each of the relevant national security agencies.

President Uhuru Kenyatta will transfer control of the government and sign the certificate of inauguration for his successor. The sword and the constitution are the tools of power and authority. In order to signal that the guard has changed, the Aide de Camp (ADC) will swiftly emerge from behind Uhuru and take a position behind the new president. He or she will then bow sternly. The elected vice president will then take the oath of office as well.

Share your thoughts and opinions in the comments section below.

'' I Will Work With Nyanza Elected Leaders'' Ruto States