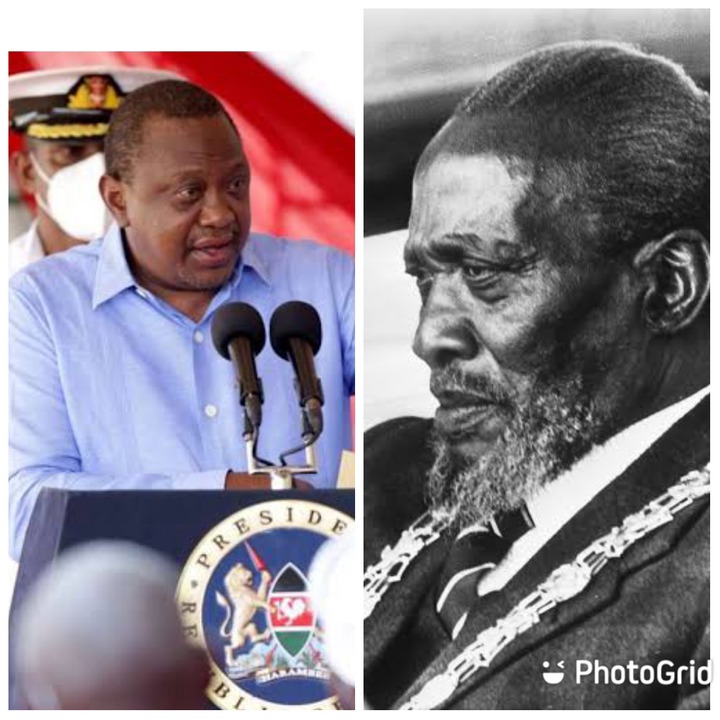 Many years ago, Kenya and Somalia had Issues concerning boundaries. Somalian government was claiming that some part of Kenya belonged to them, especially North Eastern region. This prompted British leaders to call for a meeting with then, president Jomo Kenyatta who's son is currently serving as president. Well, when he arrived in United kingdom, he was convinced to give in to some demands from Somalia. Something that angered him and he told them point blank that, not even a inch of soil will be given to our neighbours.

Now, president Uhuru Kenyatta has maintained the words of his father that, no territory will be left for Somalia and that he was sworn in to protect the country. Something that he has promised to do while in power is make sure that boundaries remain the same and no changes will be made on giving Somalia disputed place as ruled by the courts.

"Two months earlier, in London, Jomo had told a press conference that September that “Kenya will not give an inch” of its soil to Somalia, which was seeking to expand its territory to the west." Read part of nation news. 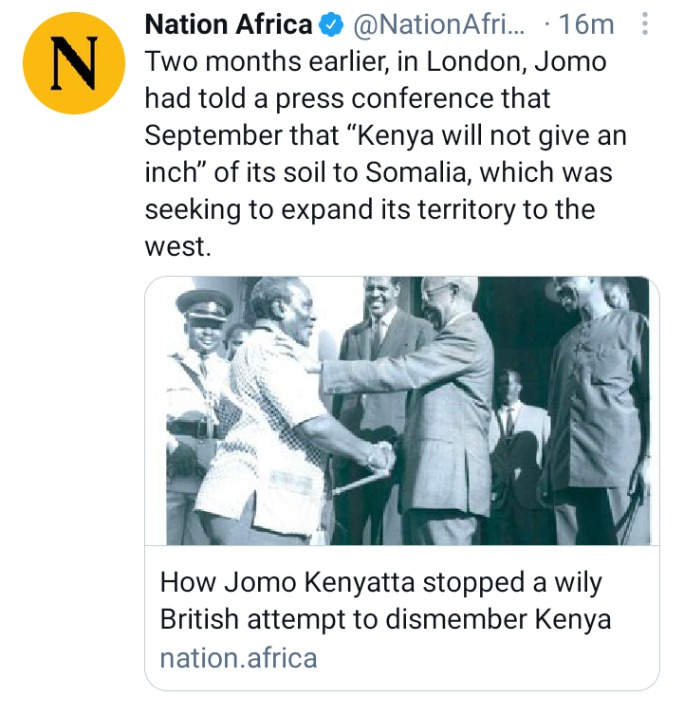 "Apart From Surname And Account Balance, Gideon Moi Could Only Secure Job As Watchman," Lawyer Says