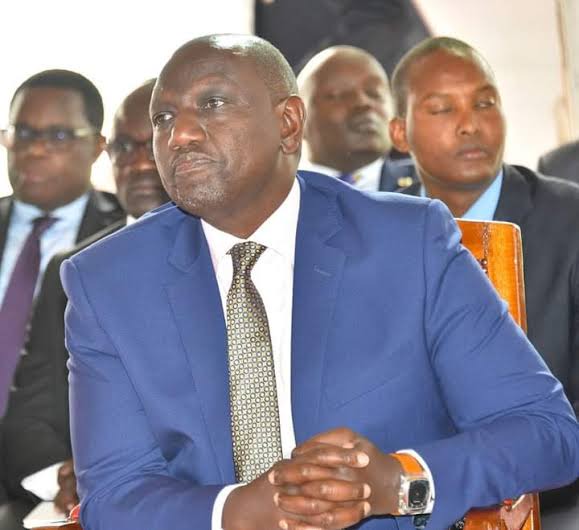 Before the August general election, William Ruto made a lot of promises to the country. Those promises were enough to make Kenyans to trust in him as they came out in large numbers to vote for him but as things seem to be, it seems like he was not done with making his promises.

That is because while Kenyans were expecting him to start acting and concentrating on the promises he made to them, Ruto has been coming up with more promises to the Nation while asking for more time in order to fulfill the promises he had prior to the August poll.

Few days ago, President William Ruto promised that soon, the country will end up producing cheap smart phones and a day ago, he went on to promise Baringo residents that his government will build 10,000 house in Baringo county and build 1,000 dams across the country, something that attracted the eye of lawyer Ndegwa Njiru who commented on the same.

Through his official twitter account, lawyer Ndegwa Njiru who has been a critic of Ruto for a period of time now claimed that indeed, President William Ruto is a magician. The surprised Ndegwa Njiru said that as he hinted that what Ruto promised can't be done and completed during his tenure as President unless he is a real magician. 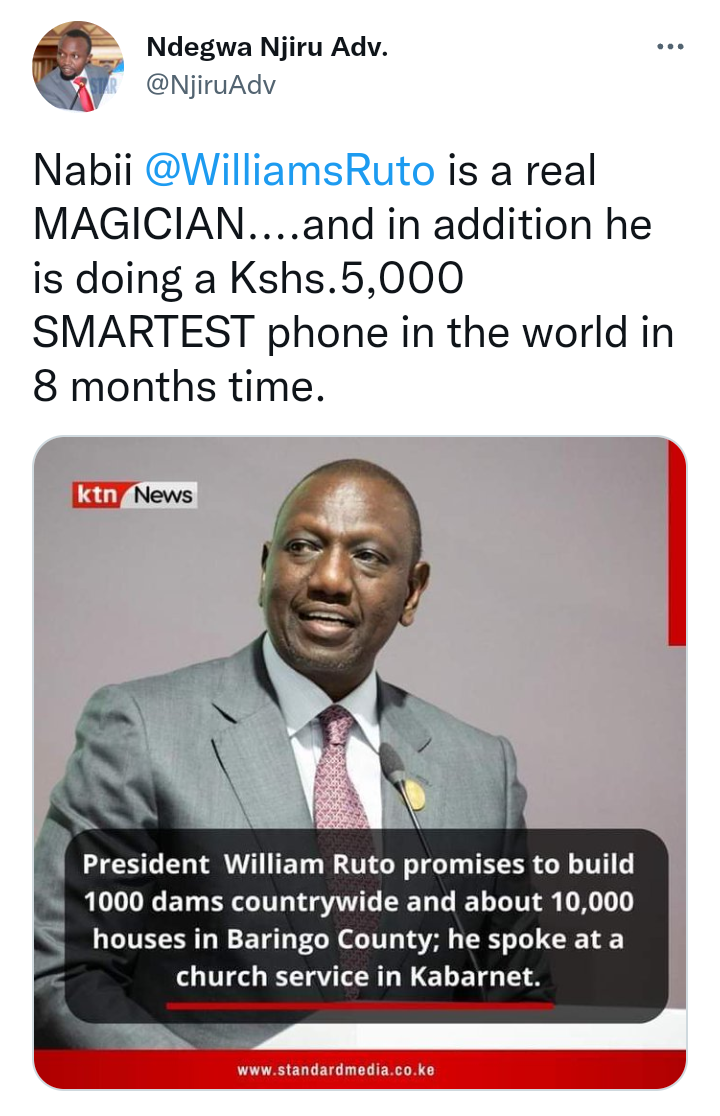