Deputy President William Ruto and his entourage descended on West Pokot County on January 21 for a series of campaign rallies.

Hundreds of locals turned out in large numbers during the DP's visit to hear what the presidential aspirant had in store for them on August 9.

Among those present were a group of boda boda riders who had been organized to attend the rallies.

It is now being revealed that the boda boda operators were allegedly supposed to be compensated for their participation in the DP rally. 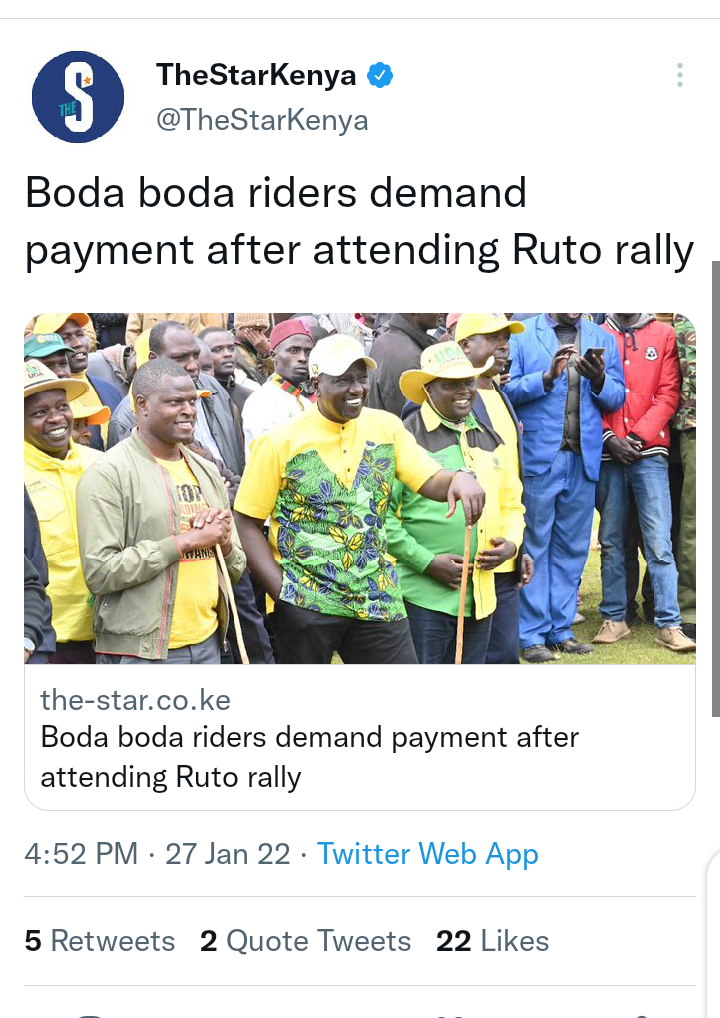 This comes after a group of Sigor boda boda riders took to the streets to protest the nonpayment of money promised to them.

According to the riders, some UDA leaders and aspirants in the area shortchanged them and failed to pay them.

One of the riders claimed that children had to sleep angry and they have loans to pay. 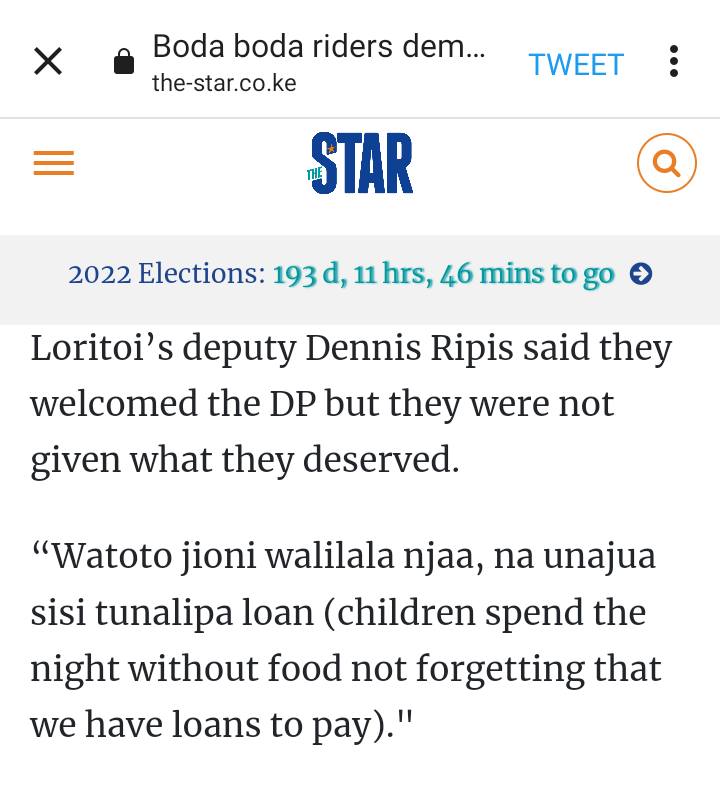 The boda boda chairperson, Joseph Loritoi, told the press on Thursday that their counterparts in other constituencies where the DP visited were paid on the same day.

"Our MP thanked the Deputy President for the money and claimed that we had purchased nineteen new motorcycles, which was not the case.Our MP lied," Loritoi stated,