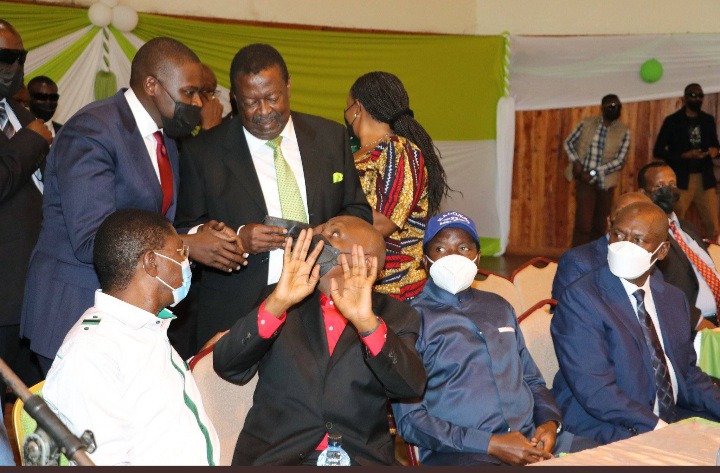 During the ANC National Delegates Convention at the Bomas of Kenya many Kenyans were shocked after Wiper leader Kalonzo Musyoka, his KANU counterpart Baringo Senator, Gideon Moi and Jimi Wanjigi walked out of the event. In a statement that has been released by the One Kenya Alliance spokesperson, Mr. Fredric Okango, on Sunday, 23rd, January it has been explained that the principals left the meeting because of some of the leaders that were in attendance.

The two OKA principals were seen walking out of the venue after leaders allied to Deputy President William Ruto like Murkomen, Didmas Barasa walked in. Shortly after leaving the function, Ruto made his way to the venue and was shortly followed by Hon. Musalia Mudavadi. However, Gideon Moi and Kalonzo Musyoka have spoken after walking out of the venue. In their remarks they have congratulated him for being nominated by his party to run for presidency but have said that it is time for them to part ways.

They said that the reason is that some of his friends are not people who should be walking with the OKA team. The two leaders promised to move to higher grounds and make new friends. They claimed that they are unsafe to work with Ruto and his allies. They vowed to end the nasty political games that is being witnessed in the country. During the event Malala hit out at them saying they are betrayers because during the endorsement of Moi and Kalonzo ANC team attended the events even after inviting Raila Odinga. 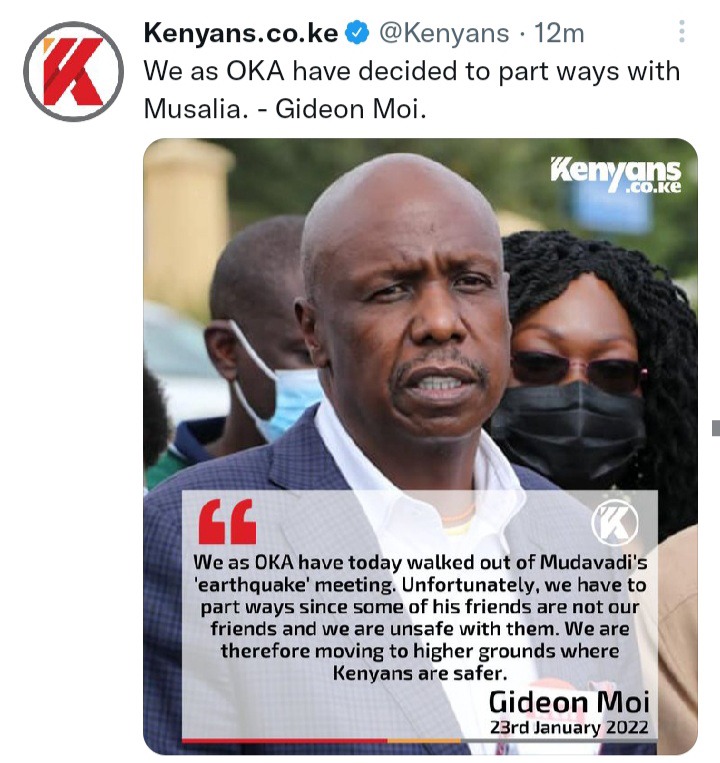 The Full List Of Independent Candidates Cleared To Run For Various Seats In August Polls.

If These Statistics Are To Go By, William Ruto May Get 70% Of Luhya Votes Come The Elections

Things Will Go South, See What Rigathi Gachagua Will Allegedly Start Doing If They Disagree With Ruto