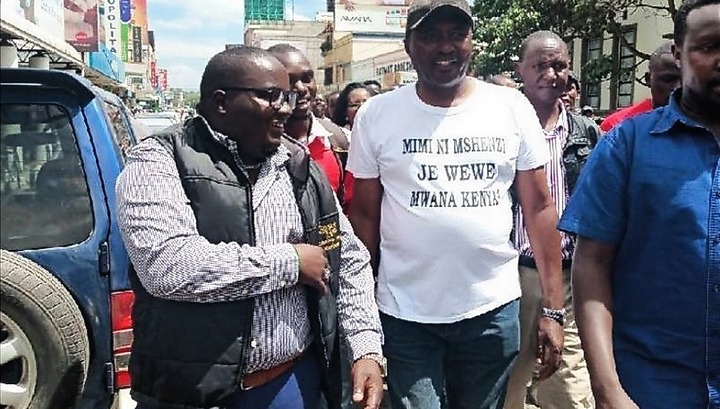 Barely a day after Bahati Member of parliament Hon Kimani Ngunjiri gave a statement concerning the state of the bromance between Raila Odinga and Williams Ruto, He has come out to shade more light on the same, even as the transfer window in Politics remains open.

The lawmaker, who is a tough supporter of Ruto, today gave a statement in His Home in Bahati Constituency, after hosting three MCAs from Baringo County.

The Mp congratulated the leaders of Baringo County, urging that they decided to support Ruto and ditch their own leader Gideon Moi who says He will be on the Ballot in 2022. He added that the Baringo County assembly did a very wise thing by voting against the BBI, saying that it was a way of sending a message that Gideon Moi will never outshine Ruto in 2022.

"We respect you people from Baringo County alot because you are the first people who led in making sure the BBI document does not pass. You have also shown your good attitude towards supporting William Ruto's Presidency, and ignoring Your Senator Gideon Moi who is Ruto's rival. We are glad that you have seen the light. "The lawmaker says. 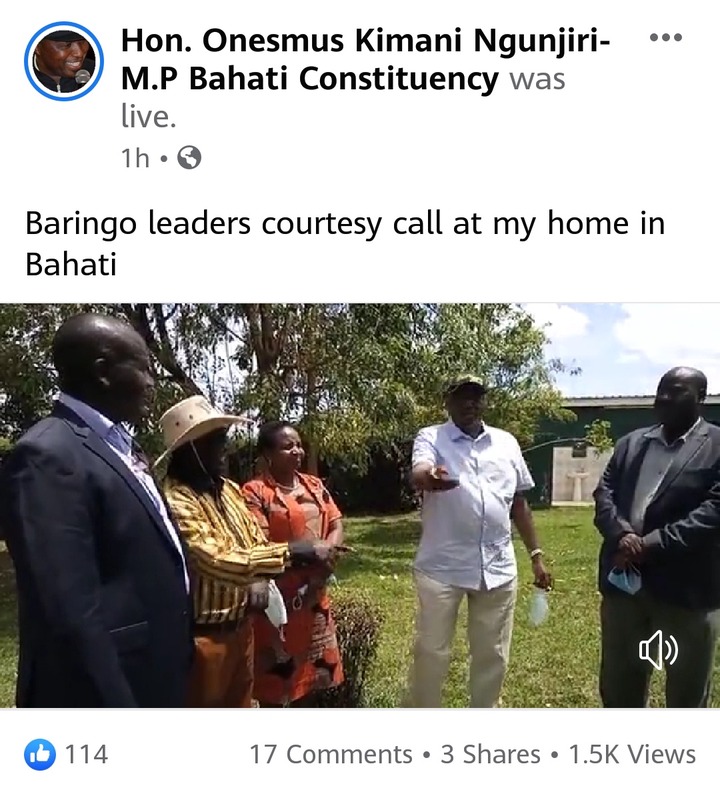 He went on to claim that William Ruto is the best leader, as He considers the ideas from all His allies, before making any major decision. Hon. Ngunjiri says that the good behavior by Ruto has attracted many leaders who are now on His doorstep everyday, seeking to join the Tangatanga faction, as Kenyans seem to embrace their ideologies.

"Our Party leader William Ruto is not working alone. We are behind Him, because of His good attitude. He listens to all the ideas from all allies close to Him. A number of high profile individuals in the Country are now interested in Joining forces with Him because they see the light through Him." He added.

The Bahati Mp was visited by three lawmakers from Baringo County, whom according to Him had come to consult if Ruto will be merging their Parties to make one strong alliance that they will use to ascend to power in the 2022 general elections.

The lawmaker, discarded the Rhumous yesterday while addressing the media saying that Raila Odinga is a stubborn Man who has betrayed His allies in the recent past, and therefore He will not be welcomed in the Tangatanga political faction. 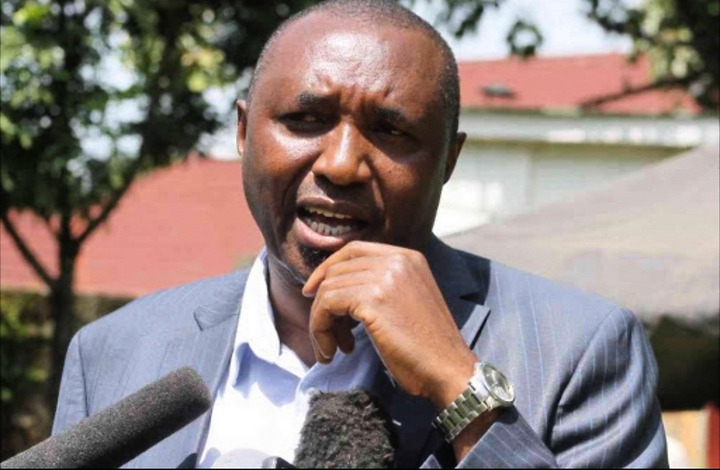 Ruto who seems to gather more grassroot influence seems to be winning, even as leaders accross the Country have shown intrest in joining His Hustler movement, that considers bringing up a framework that will help Kenyans improve their living standards.

Please click on the link below to watch the video and drop your comments on the same.