Azimio la Umoja One Kenya coalition Party presidential candidate Raila Odinga while telling Deputy President William Ruto to stop calling him all types of names and prepare for defeat in August 9th General elections, he also turned to his backyard and urged them to come out in large numbers and vote for him. 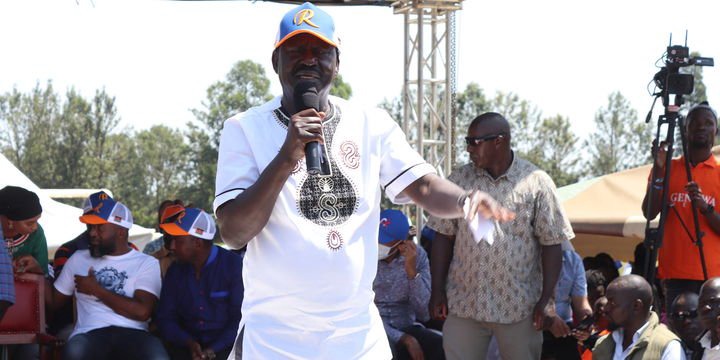 The Orange Democratic Movement ODM, party leader asked voters in his Luo Nyanza strongholds to turn up in large numbers and vote for him. Mr Odinga pleaded with voters in Homa Bay, Kisumu, Migori and Siaya counties to vote as a block to send him into state house, as he believes that the region stands immensely to benefit in the Azimio la Umoja one Kenya government.

He urged Luo Nyanza electorates to stop the using the term “gini wasekao” (we have won it ) mentality saying this could cost him votes due to voter apathy and deny him the opportunity to get large numbers of votes to enable him clinch the top seat.﻿ 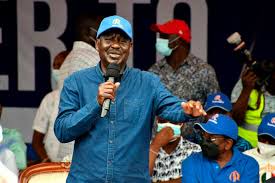 "You have witnessed what the region has benefited immensely within the short period of time that we have the government on our side (reffering to 2018 handshake between him and Uhuru Kenyatta). Then Imagine the kind of govtal development you will get if I become the next president of Kenya?" Mr Odinga posed.