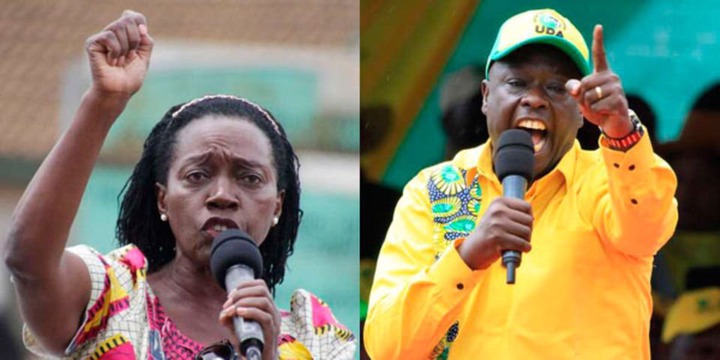 This was after Ngilu, while tagging a Daily Nation Newspaper headline, posed a question on who is more likely to fight for and protect the interests of Kenyans between Karua and Gachagua.

Ngilu went ahead to urge Kenyan women to consider one of their own, saying they should come out and vote for Martha Karua, Raila ticket 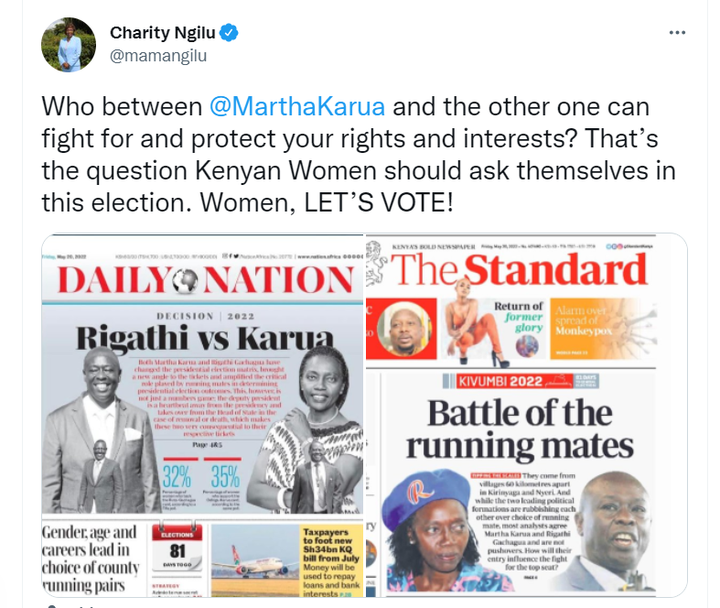 However, furious Ndii took on Ngilu reminding her that out of the 28 women governor aspirant, only 8 had survived the nominations axe. Ndii went ahead to remind Ngilu that out of the 8, 6 comes from Ruto's Kenya Kwanza Alliance with Raila's Azimio having only 2 women candidates for the gubernatorial race.

He criticized Ngilu saying even their associate party Jubilee denied CS Sicily Kariuki who was leading polls in Nyandarua the party's ticket. He described UDA as a party of women and not Azimio as Ngilu wants to portray. 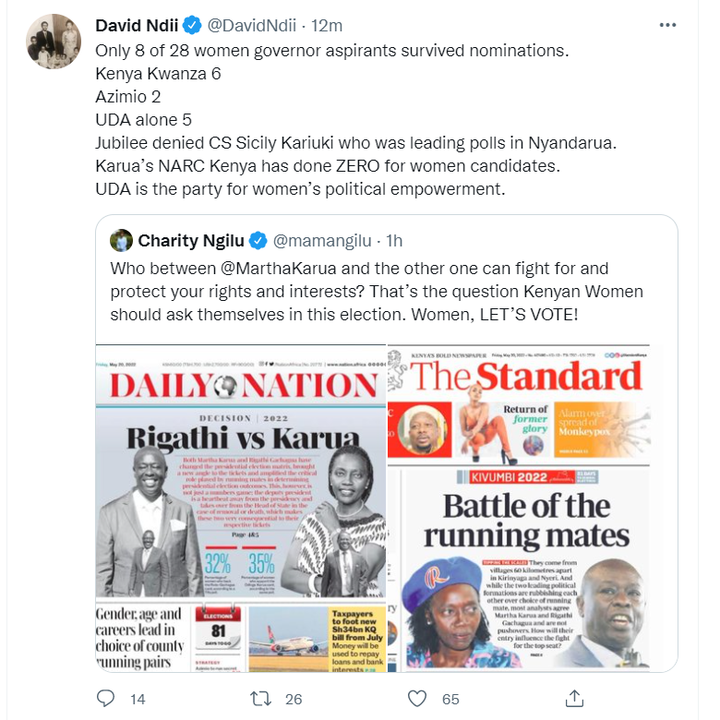