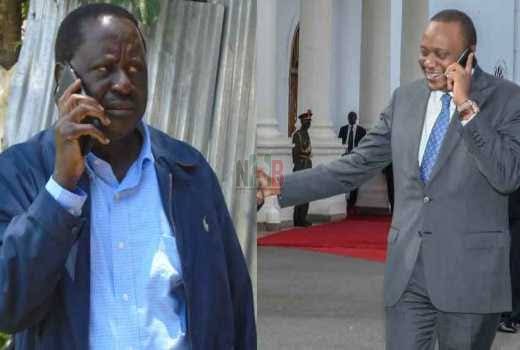 The Opposition chief Raila Odinga has received yet another major Setback ahead of the 2022 general election as a section of president Uhuru Kenyatta's Allies changes tune on the proposed Jubilee - ODM Merger, Denys claims of ongoing coalition talks.

As seen reported by the STANDARD newspaper today on Tuesday 21st of September, a section of Jubilee party MPs led by Imenti North Constituency member of parliament Hon Rahim Dawood, have reportedly claimed that there are no ongoing coalition talks between the Orange Democratic Movement party and the Ruling jubilee party. 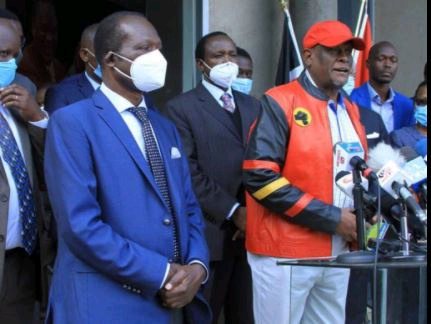 According to Hon Dawood, there are no coalition talks between the two parties since no party member has been consulted on the same. While at it Hon Dawood has claimed that Jubilee will have its presidential candidate as had been planned earlier.

"I am not aware of any ongoing coalition talks between my party and ODM because not a single party member has been consulted on the same as required by the law. Jubilee will file its presidential candidate has had already been planned earlier," the politician said. 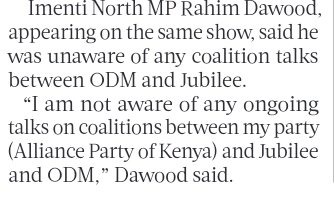